Keith Mumphery, a once and perhaps future pro football receiver, stands vindicated, cleared of charges of sexual assault that nearly wrecked him. Now he needs someone to hand him back two years of his life.

When last seen on the football field in 2016 with the Houston Texans, Mumphery was building a career as a wide receiver. Then a few months later came the news that his former university, Michigan State, had reinvestigated an old accusation without informing him and then decided that he was guilty of relationship violence.

To the world, he appeared akin to a rapist and the roof of his life fell in.

The Texans cut him loose without asking him so much as a question, and no other N.F.L. team would touch him. Who needed another headache in an era of heightened sensitivity? Michigan State expelled him from a graduate program and threatened him with arrest if he stepped on campus again. Mumphery returned to his tiny hometown in Georgia, to his mother’s trailer, and began a battle to save his reputation.

Michigan State has finally admitted it was wrong. The university agreed to a settlement in May that gives Mumphery an undisclosed sum and — more importantly — wipes clean his record, which could allow him to resume a pro career. Left in place, however, is a misshapen version of college justice that adhered to the loosest standards of evidence and that very nearly ruined his life.

Michigan State offered him not a whisper of apology.

“I felt like they owed me an apology, but I can’t dwell on that,” Mumphery said recently in a telephone interview. “I have a life I want to live. I want to get back to football, and there is no time to waste.”

I wrote of Mumphery’s case a year ago, when his prospects looked dim. The university’s findings were administrative, but the consequences were perilously close to those of a felony conviction. He had been an honor roll student with fine SAT scores in high school, and an A student and winner of citizenship awards at Michigan State. With that blot on his record, however, he was barred from graduate schools and from pursuing his chosen career.

Accusations of sexual assault offer a perilous road for a reporter, investigator or prosecutor to walk. Flirtation is not consent; regret is not proof a crime was committed. Here are the facts as near as can be determined:

In March 2015, Mumphery and a fellow Michigan State student went online, looking to hook up. They messed around in her dorm room, and the woman later accused him of sexual assault. She said that she had been terribly drunk, having consumed in excess of a dozen shots of vodka before he arrived at her door, and that she could not have agreed to sex. Mumphery disputed that the woman was drunk, and a police report stated that surveillance videos showed her walking “with a steady gait” and with no trouble keeping her balance. Mumphery insisted they never had sex.

Mumphery provided a DNA swab to the police and turned over what he viewed as exculpatory text messages. The accuser did not talk to investigators, and prosecutors closed the case.

The university’s Title IX office — which investigates accusations of harassment and relationship violence — examined Mumphery’s text messages and talked to friends and a nurse who examined the woman. Its panel cleared him.

The woman later appealed the university’s finding. Unlike in criminal court, where principles of double jeopardy forbid retrials of the acquitted, accusers in Title IX cases can appeal acquittals. Michigan State reopened the case and sent a single email to Mumphery at an address that he said he no longer checked. Without ever hearing from Mumphery, the university held him responsible for relationship violence and sexual misconduct. 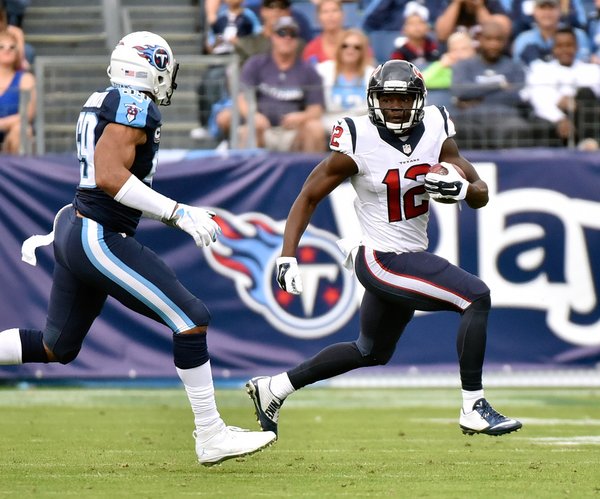 While sexual assault is a grave problem on American college campuses, it is difficult to overstate how stacked the decks are against the accused even when colleges adhere to proper Title IX procedure. Most colleges once required “clear and convincing” evidence that a student had committed a forbidden act. A few, such as Stanford University, applied the tougher criminal court standard of guilt as “beyond a reasonable doubt.”

All of that changed in 2011 when the Education Department sent a “Dear colleague” letter to the thousands of schools that receive federal funds. Concerned that too many universities tended to shrug off terrible behavior as “kids will be kids,” this letter recommended that universities adopt a far looser standard of guilt known as “more likely than not.” Universities were urged to speed investigations and to stop giving defendants the right to cross-examine their accusers or to have lawyers present.

A trapdoor opened beneath the feet of the accused. I would argue that these changes completely upended concepts of fairness; the right to cross-examine an accuser, for instance, has been a bedrock constitutional protection.

Civil libertarians and legal scholars, including feminists and strong liberals, have challenged the lack of due process under this new administrative regime. Twenty-eight members of the Harvard Law faculty signed an open letter in The Boston Globe that read: “Harvard has adopted procedures for deciding cases of alleged sexual misconduct which lack the most basic elements of fairness and due process, are overwhelmingly stacked against the accused, and are in no way required by Title IX law or regulation.”

Michigan State had resisted settlement despite the manifest weaknesses in its case, such as the failure to contact the accused. Mumphery and his lawyer, Andrew Miltenberg, traveled to Grand Rapids for a mediation session. By chance, his old football teammates had gathered at the same motel for a reunion. Mumphery wanted to cover his face.

“I felt like an outcast,” he said. “I’m like, man, how is everyone going to look at me based on what they’ve heard?”

One by one his former teammates saw and embraced him. “They knew my character,” he said.

He refused to view his football career as a dead letter. Back in his hometown, a place with a single traffic light, he strapped himself to an iron sled and ran pulling it through the streets, cheered on by neighbors.

His was a threadbare childhood. When his mother ran short of cash and the utility shut off the water, he and his siblings filled buckets at a gas station and teetered home. Had he pursued his lawsuit against Michigan State, he might well have reaped a larger financial settlement. But trials have a long gestation, and a third year away from football would have placed his dreams beyond reach.

No, he couldn’t do that.

“If I had forgotten about football to pursue more money, it would have eaten at me for the rest of my life,” Mumphery told me.

Miltenberg is a fierce litigator who has handled many Title IX cases. In his estimation, this was his strongest case. “They were testing us, and Keith left a lot of money on the table,” he told me in a joint phone call with Mumphery. “But I’ve never seen a young man so determined to prove his innocence and live a life of character.”

Miltenberg stopped talking. There was a long silence at the other end of the phone. The young man with the football dreams spoke up.