Former Carolina Panthers star linebacker Thomas Davis Sr. says two thieves broke into his home early Tuesday morning and damaged one of his luxury vehicles after attempting to drive off in it.

Davis, 38, took to social media to offer a cash reward to anyone that could help identify the “idiots” he said broke into his garage and stole his McLaren 720S. 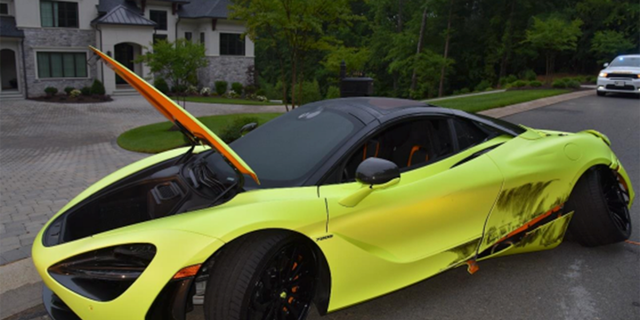 Davis took to social media to offer a cash reward to anyone that could help identify the "idiots" he said broke into his garage and stole his McLaren 720S. (Union County Sheriff’s Office)

Davis, who retired in March, shared surveillance video of the suspects and a number of pictures detailing the damage on the car that police later located less than a mile away from Davis’ home. 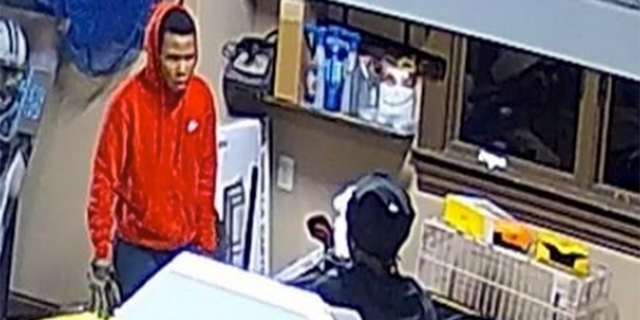 According to a press release from the Union County Sheriff’s Office, law enforcement responded to a larceny call at around 5:23 a.m. in a gated community in the Providence neighborhood. Davis was already on the scene after a neighbor contacted them about a wrecked vehicle.

“Detectives believe the suspects, described as two young black males, broke into and rummaged through several unlocked vehicles in the driveway before gaining access to the garage where the McLaren was parked,” the press release read.

“The suspects drove the vehicle out of the garage and were traveling toward Providence Road when the crash occurred.”

Police believe the wreck occurred when the suspects crashed into their getaway car.

Davis updated his followers late Tuesday night to say that they nailed down the suspects.

“We know who did it. We found the guys.”

A three-time Pro Bowler, Davis was drafted by the Panthers in the first round of the 2005 NFL Draft and played 14 seasons before signing with the Chargers in 2019. After a brief stint with the Washington Football Team, he retired with the Panthers on a one-day contract.