Here’s what you need to know:

How to watch: The match is being broadcast by Fox Sports 1 and Telemundo in the United States. To find out who has the TV rights in your country, consult this list of FIFA media partners. 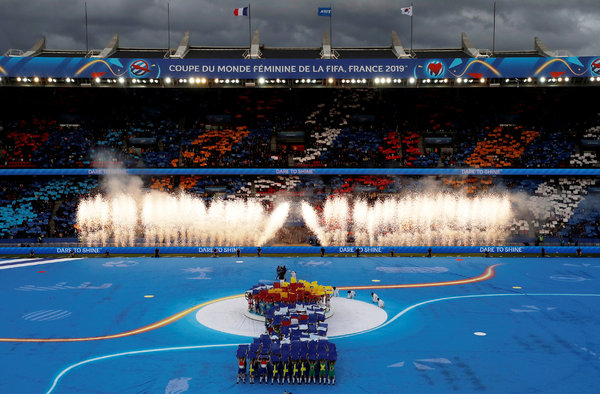 HALFTIME: 3-0 is a fair scoreline.

France actually put the ball in the net four times and that would have been fair, too. They are just physically dominating the South Koreans, who seem to be game if overmatched opponents.

They have earned their lead with consistent, relentless pressure on the wings and by winning every 50-50 — heck, every 60-40 — ball. Renard just outjumped the South Koreans once more to make it 3-0 at halftime. They don’t even kick off. France walks off to cheers. Korea disappears to figure out how to keep this from getting worse.

44’ South Korea is just trying to get out of the half now.

They’re defending fiercely, but it still has the feeling of someone bailing out a boat with a hole in it. Every time they see some success, France pours back in.

35’ Second GOAL for France! No doubt this time.

Wendie Renard, the provider on the disallowed goal, buries a header off a Thiney corner. (It feels as if France has done nothing but take corners in this half.) No doubt about this one as Renard rises about her mark and drives the ball home from 6 yards.

That’s a first. The first video review in Women’s World Cup history catches Mbock Bathy a step offside. No goal, back to 1-0.

Not sure our scorebox above is programmed for that. But it’s worth noting that replays appear to show the goal clearly offside. VAR works.

Wonderfully worked corner kick by France there for their second. Taken on the left, it is worked around and lofted to center back Wendie Renard on the right side of the penalty area. Renard, the tallest player on the field, where Mbock Bathy reached back and fired a right-footed shot past Kim.

The goal does result in our first V.A.R. review in a World Cup. So hang on.

Remember, FIFA agreed very late to add video-assistant referees for the Women’s World Cup. It used the system at the men’s World Cup last summer for the first time, and raved about its accuracy.

20’ Korea wins its first corner. And wastes it.

Set pieces are their best chance to get back into this match. But Jung, who takes the corner, curls it into the near-side goal netting. It’s a high-school level mistake for a professional and she buries her face in her hands briefly.

15’ France is just bullying the Koreans.

Not in a bad way. They just are, player for player, stronger and bigger and more physical and it’s showing: they’re just bossing the game right now.

It really felt like it was coming and it came right where all the action was happening: Henry dispossessed a defender in the right corner and cut toward the area before centering a ball toward the spot. Le Sommer, an instinctive finisher, knew exactly where it would be and slammed it in off the underside of the crossbar.

6’ There’s that danger, from the right back.

Torrent has put in two straight dangerous crosses: the first forced a punch save from Kim, the Korean goalkeeper, and the second took a deflection and she had to cradle it to safety as it fell in front of a French forward.

Now Cascarino has just pulled the same trick, beating a defender on the right. Feels like there’s a goal coming.

Le Sommer, who committed a foul in an early moment when she was caught in possession, is causing trouble for the Koreans out on the left. She’s already had a shot and a dangerous cross to Diani. The Koreans are scrambling but this kind of pressure is an accident waiting to happen for them.

Korea is in all white, France in blue with red socks.

Ready to go. Today’s referee is Claudia Umpierrez of Uruguay. Let’s all hope she has a good night, too.

The sun has come out, and so have the teams.

Odd to see the sun shining at 9 p.m., but after it destroyed the scheduled at the French Open today, it’s the best news FIFA could get.

There is a giant World Cup logo at midfield but the countries’ flags are like the one’s at your grandfather’s house. I guess they couldn’t find where they left those really cool (and gigantic) ones from Russia last summer. Bummed.

There is an upside, though: “La Marseillaise” once again justifies its spot atop the world national anthem rankings.

Double duty for the dancers: they’re helping take the tarp off.

When FIFA gets volunteers, they get WILLING volunteers.

As usual, we pause for a pregame concert.

You can’t have a final these days without a pregame concert. The French pop singer Jain gets the honors this time. They have covered the entire field with a red, white and blue tarp for the performance, but there are currently fewer people on it than you need for a regulation soccer match.

UPDATE: We now have literally hundreds of people jogging on in the colors of the qualified teams. Looks like we’re about to get a fast game of 124v124. (The teams, meanwhile, are currently cooling down in their locker rooms for this. It just doesn’t seem like the best system for a final but no one asked me.)

If you want some seriously joyous dancing, though, here’s Cameroon arriving for the World Cup:

The lineups are set and the teams are warmed up.

France is favored, and it knows it.

France has never played in a final at the Women’s World Cup, and was bitterly disappointed to have crashed out in the quarterfinals in Canada four years ago. But many believe forces have aligned this year for the host country to finally claim its first major women’s championship.

“We can sense the French public is really here for us and behind us,” midfielder Delphine Cascarino told Christopher Clarey of The Times on the eve of the tournament. “We know what a big opportunity this is.”

More fans will be watching. The French federation bosses will be watching. Even the president of France has weighed in. The job of managing those expectations falls to the team’s coach, Corinne Diacre, and in her prematch news conference on Thursday she used a disarming smile and healthy doses of sarcasm in that effort.

“Nothing tells me this is going to be the year for France; I don’t have anything that suggests we’re going to get further than the quarterfinals,” Diacre told reporters after the team’s walk-through at Parc des Princes. “We want to do better but I don’t have a magic wand. I ordered it but it hasn’t arrived yet. Maybe it will come after the World Cup.”

Ji So-yun is Soutb Korea’s unquestioned star of her team. A 28-year-old Chelsea forward, she has 54 goals in 115 national team appearances. France will be well aware of what they can do: Ji scored against Olympique Lyonnais Féminin — the club from which France draws the core of its national team — during the Women’s Champions League semifinals.

She and midfielder Cho So-hyun, who plays for West Ham Ladies and serves as Korea’s captain, also happen to be the rare foreign-based players on a largely domestic squad. And they, too, know they have a tall order. Korea played France in the second round in the 2015 World Cup, and was sent home with a 3-0 defeat. But they are hoping to turn their improvement — and the pressure on France as the host nation — against them.

“Team Korea, we have many players who have experienced the World Cup before,” South Korea’s coach, Yoon Duk-yeo, said. “Four years have passed, and team Korea has improved a lot. We are not perfect, however. But it will not be easy for France to win the game tomorrow.”

We asked and 108 players answered: a survey you don’t want to miss.

If you haven’t spent any time with it today, please take a moment to read our interactive survey with Women’s World Cup players. It was a revealing look into their lives, their sacrifices, their triumphs and even, perhaps surprisingly, their paychecks. Come for the information. Stay for Sam Mewis’s hilarious (and G-rated) photo of the United States national team stars Rose Lavelle and Alex Morgan in an ice bath. 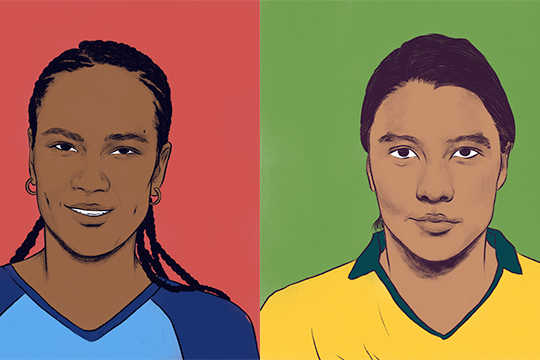 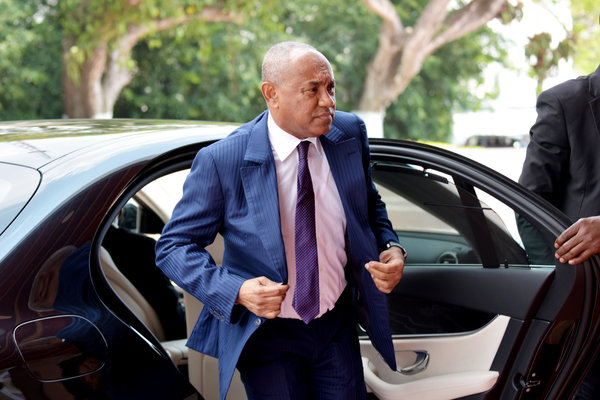