A TEARFUL Frankie Dettori led the emotional tributes to Enable after her retirement was announced.

The Italian admitted he begged trainer John Gosden to give her one more run at Champions Day, but knew after her Arc sixth that it was time to call it a day. 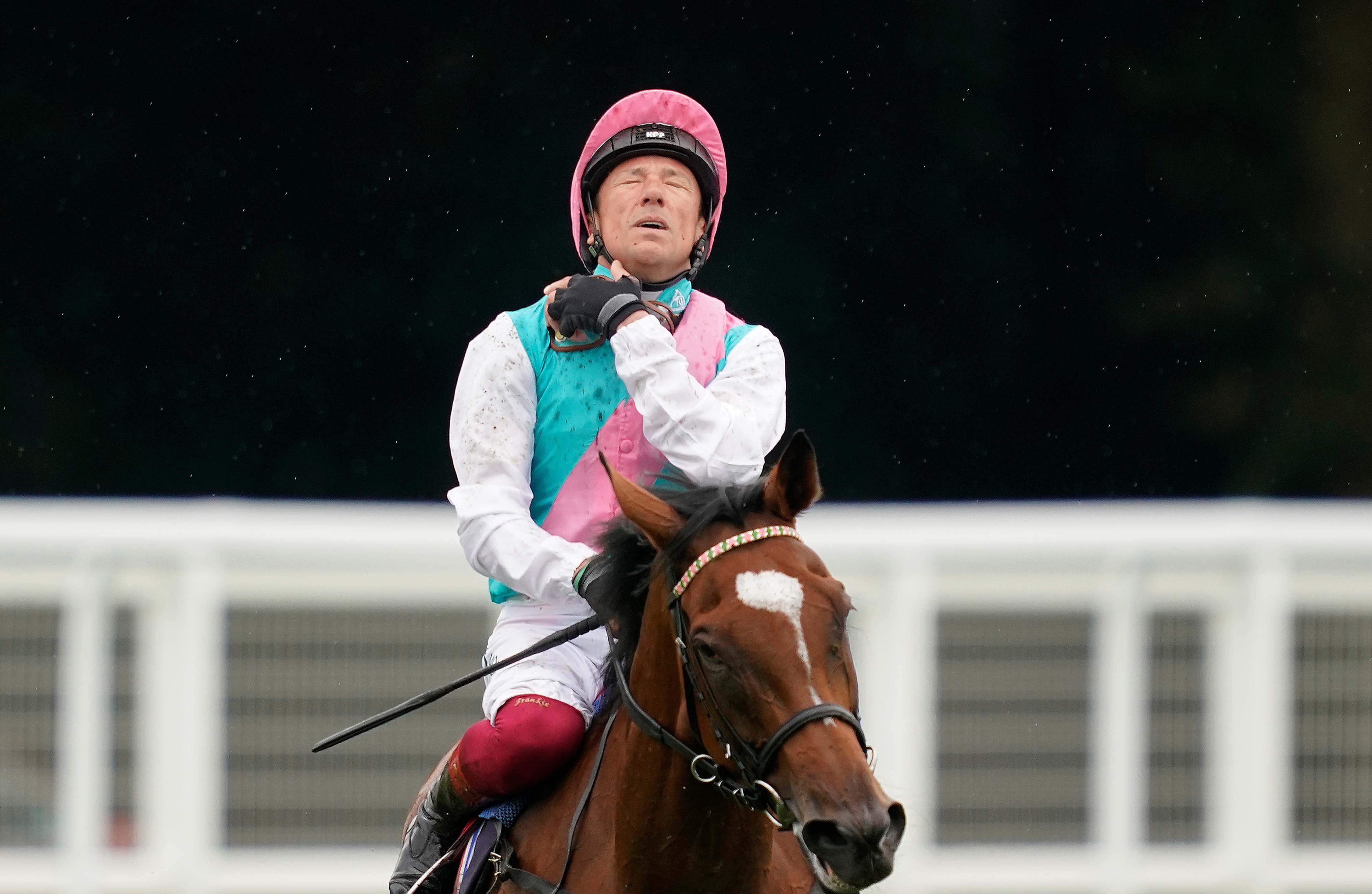 Dettori has ridden many stars during his 30-year career, but none has touched his heart like Enable.

"I love horses, but I love Enable more than the rest," he said.

Gosden's six-year-old achieved virtually everything on the track. From 19 runs she only tasted defeat four times.

Her three-year-old career will go down as one of the best of all time, as she began her unbeaten run which stretched to 12 starts before defeat in the 2019 Arc.

Dettori said: "She touched my heart the most. I had her a lot longer than most of the horses that have been through my hands.

"We got on so well. I knew she was always going to put in a great performance.

"She made me feel emotions I've never felt with any other horse and I'm going to miss her. I've had some amazing times with her.

"Walking back in with her from the Arc last week we got a brilliant reception even though there were only 1000 people there.

"I knew then it was probably going to be the last time I rode her.

"I had a little cry when I was told the news, but there were more of joy than sadness because of all the great memories."

Enable could have run at British Champions Day this Saturday at Ascot but even Dettori knew that would have been a big ask.

He added: "How can you justify going again when she finished sixth in the Arc? It wouldn't have been fair to put her through it again.

"I was begging John he was just going to put me on her for one more morning so I could give her my last goodbye.

"I've told my wife to clear a space on the wall as I'm going to put up a shrine to her."

END_OF_DOCUMENT_TOKEN_TO_BE_REPLACED

END_OF_DOCUMENT_TOKEN_TO_BE_REPLACED
Recent Posts
We and our partners use cookies on this site to improve our service, perform analytics, personalize advertising, measure advertising performance, and remember website preferences.Ok