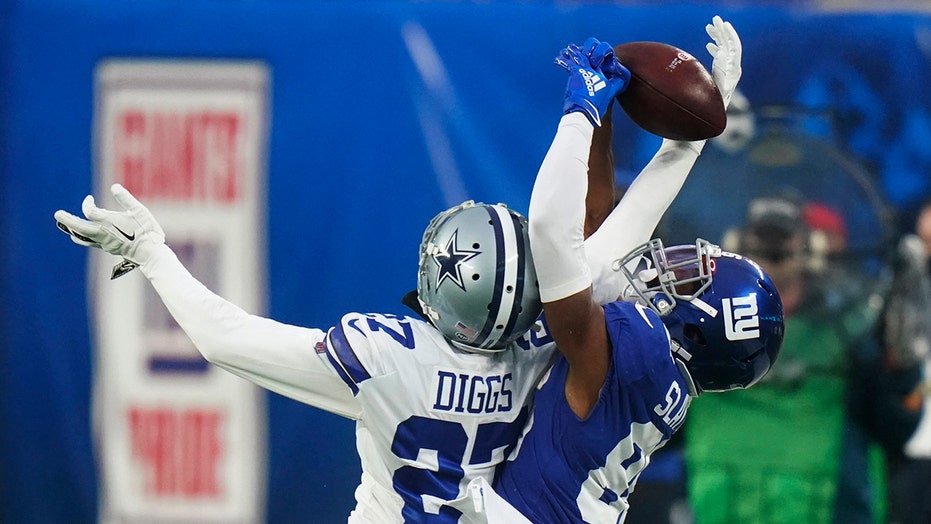 The New York Giants took care of business Sunday afternoon and needed help from the Philadelphia Eagles to win the NFC East and get into the playoffs.

The Eagles didn’t hold up the other end of their bargain.

As Giants players watched as the Eagles let the game slip away – including punting on 4th down only being down six points – they appeared to be disappointed and angered by some of the decision-making.

Golden Tate, Darius Slayton and Julian Love were among the players who were commenting on social media during the game.

Washington defeated Philadelphia 20-14 and wrapped up the NFC East title. Washington will face the Tampa Bay Buccaneers in the first round of the playoffs next weekend.

While the Giants players might be angry over the situation, New York had plenty of chances during the 2020 season to control their own destiny instead of relying on another team to help them get into the playoffs.

The nine of the Giants’ first 10 games of the season were decided by 10 points or less. New York was blown out by the San Francisco 49ers at home and lost by a touchdown or less to the Eagles, Cowboys and Buccaneers. New York barely skated by the Seattle Seahawks and Cincinnati Bengals.

New York lost three of its last four to end the season. The saving grace for them should be that they were in contention in the first place. With six wins, the Giants can now focus on the draft and possibly have a highly talented recruit to take come the spring.

END_OF_DOCUMENT_TOKEN_TO_BE_REPLACED

END_OF_DOCUMENT_TOKEN_TO_BE_REPLACED
Recent Posts
We and our partners use cookies on this site to improve our service, perform analytics, personalize advertising, measure advertising performance, and remember website preferences.Ok