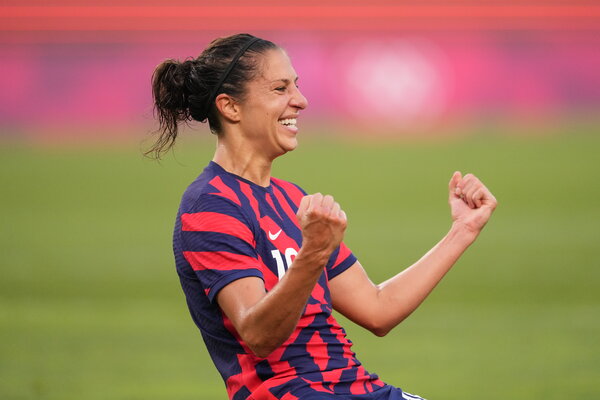 Lindsey Horan won a ball deep in the U.S. end with a heavy boot back over her head to Christen Press. Press collected it nicely and, seeing Carli Lloyd on the run with Australia’s Alanna Kennedy, chipped a great ball ahead. Kennedy got to it first but her backpass was soft and left goalkeeper Teagan Micah in no woman’s land.

Lloyd never stopped running, though, and with Kennedy screaming and gesturing for her goalkeeper to come out, it was too late. Lloyd collected and slotted home her second of the game.