JOSE MOURINHO and his great rival Pep Guardiola will go head-to-head AGAIN in a final, as Spurs and Manchester City booked their place at Wembley in the Carabao Cup.

City saw off neighbours Manchester United with a convincing 2-0 win at Old Trafford on Wednesday. 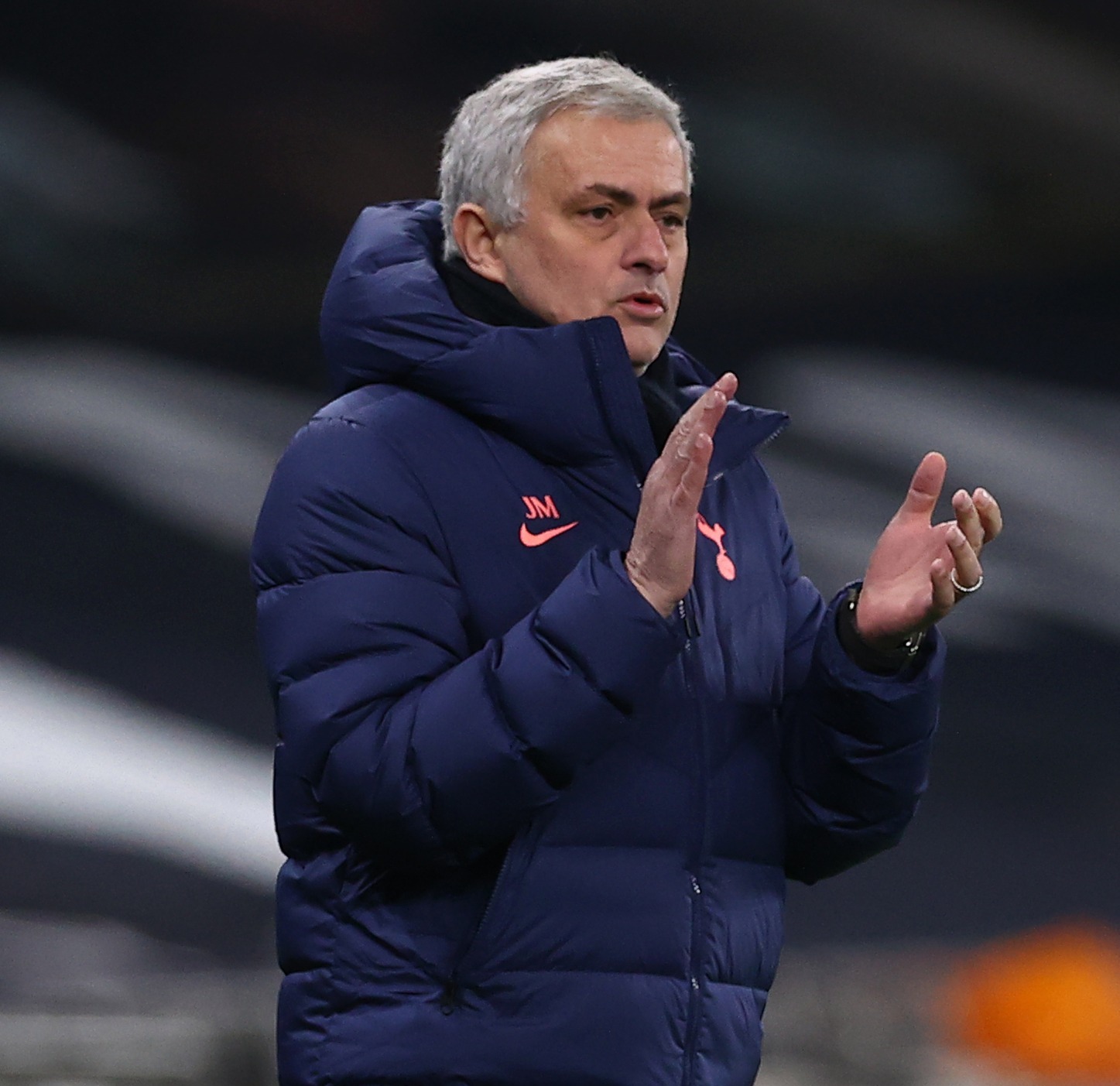 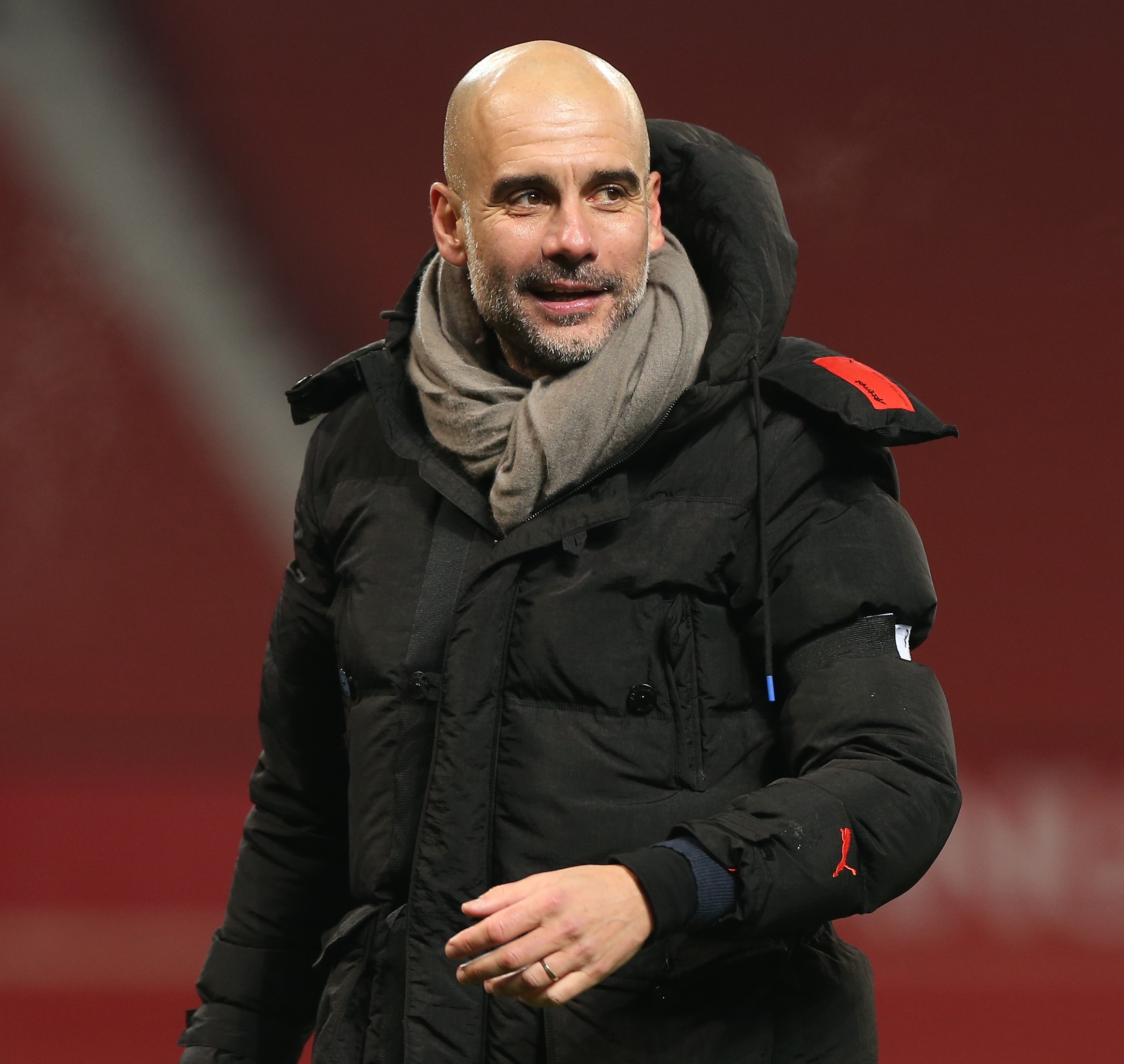 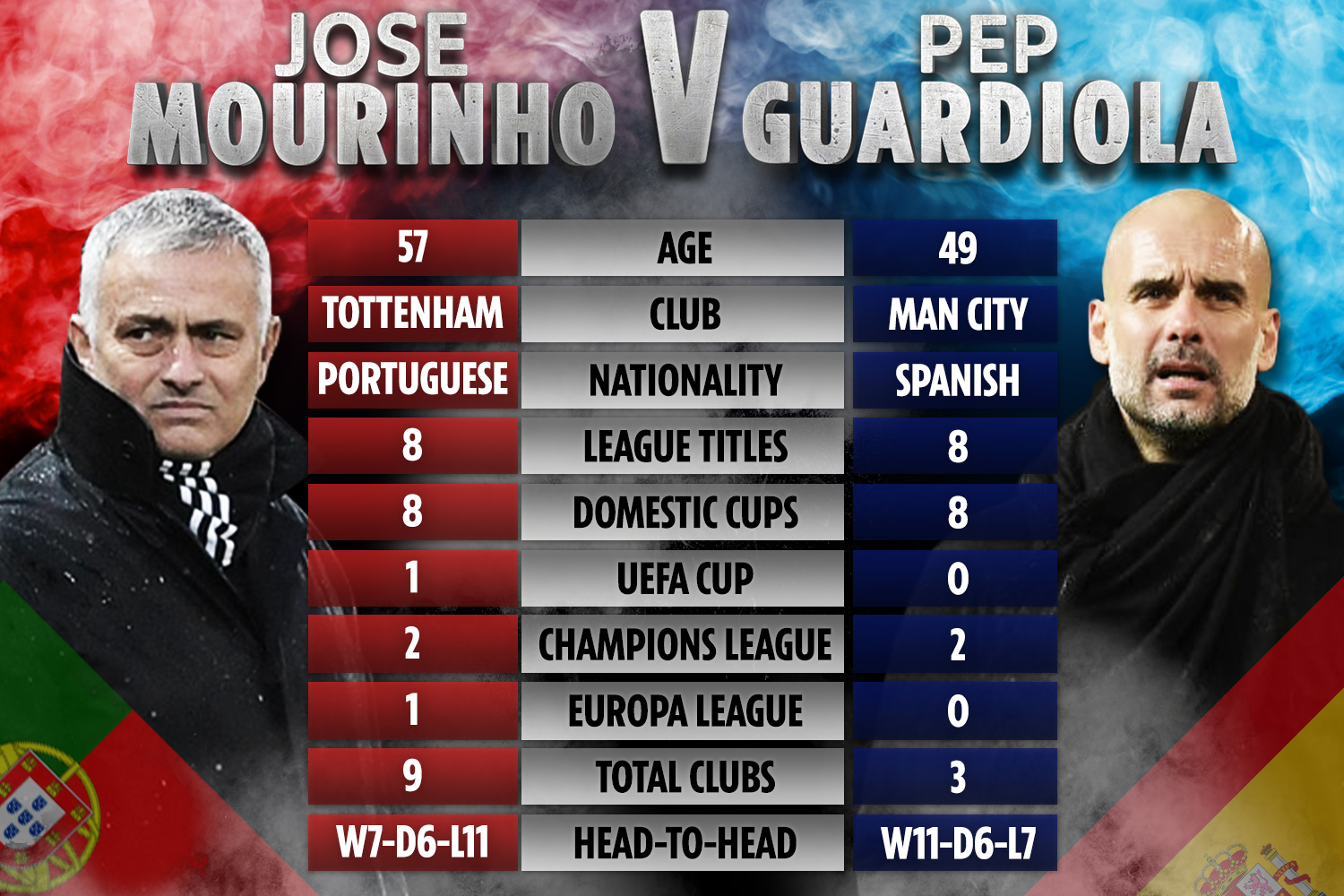 While Spurs were too good for a plucky Brentford side a day earlier, winning by the same scoreline thanks to goals from Moussa Sissoko and Son Heung-min.

And that means Pep and Jose will renew hostilities once again in a cup final.

The pair have met in a cup final before – in Spain in the Copa del Rey in 2011, when Mourinho emerged victorious thanks to a Cristiano Ronaldo header in extra-time.

All in all, the pair have met 24 times – with Pep winning 11 encounters, Jose seven, and six draws.

Here are their most memorable encounters.

The first time these two giants of the game met was in a fascinating match in the Champions League group stages in September, 2009.

Mourinho's pragmatic style against Guadiola's more attacking philosophy was evident from the start, with the Special One setting his stall out not to lose.

Zlatan Ibrahimovic missed the best chance of the game for Barca as it finished even. 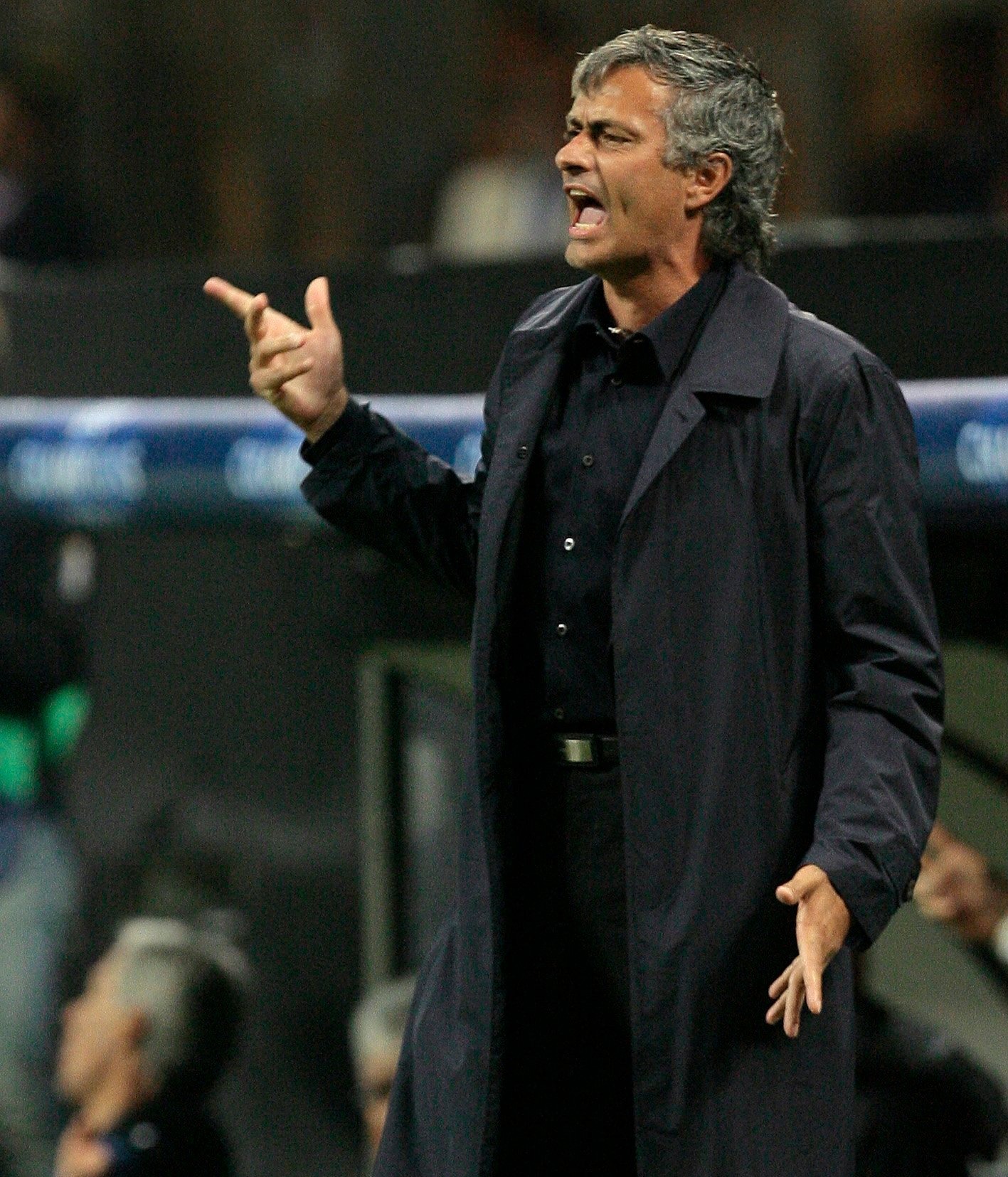 A year later and the stage was bigger – the Champions League semi-final, no less.

Barcelona led early from a Pedro goal, and threatened to end the tie in the first leg at the San Siro.

But Inter rallied and picked the Catalans off on the break with goals from Wesley Sneijder, Maicon and Diego Milito to take a lead for a challenging second leg at the Camp Nou.

Mourinho's Inter provided a defensive masterclass to keep Barcelona down to just one goal in the second leg of this epic semi-final.

And their task was made even harder when Thiago Motta was sent off with still over an hour to play.

A late goal by Gerard Pique with six minutes to spare spurred a Barca onslaught. 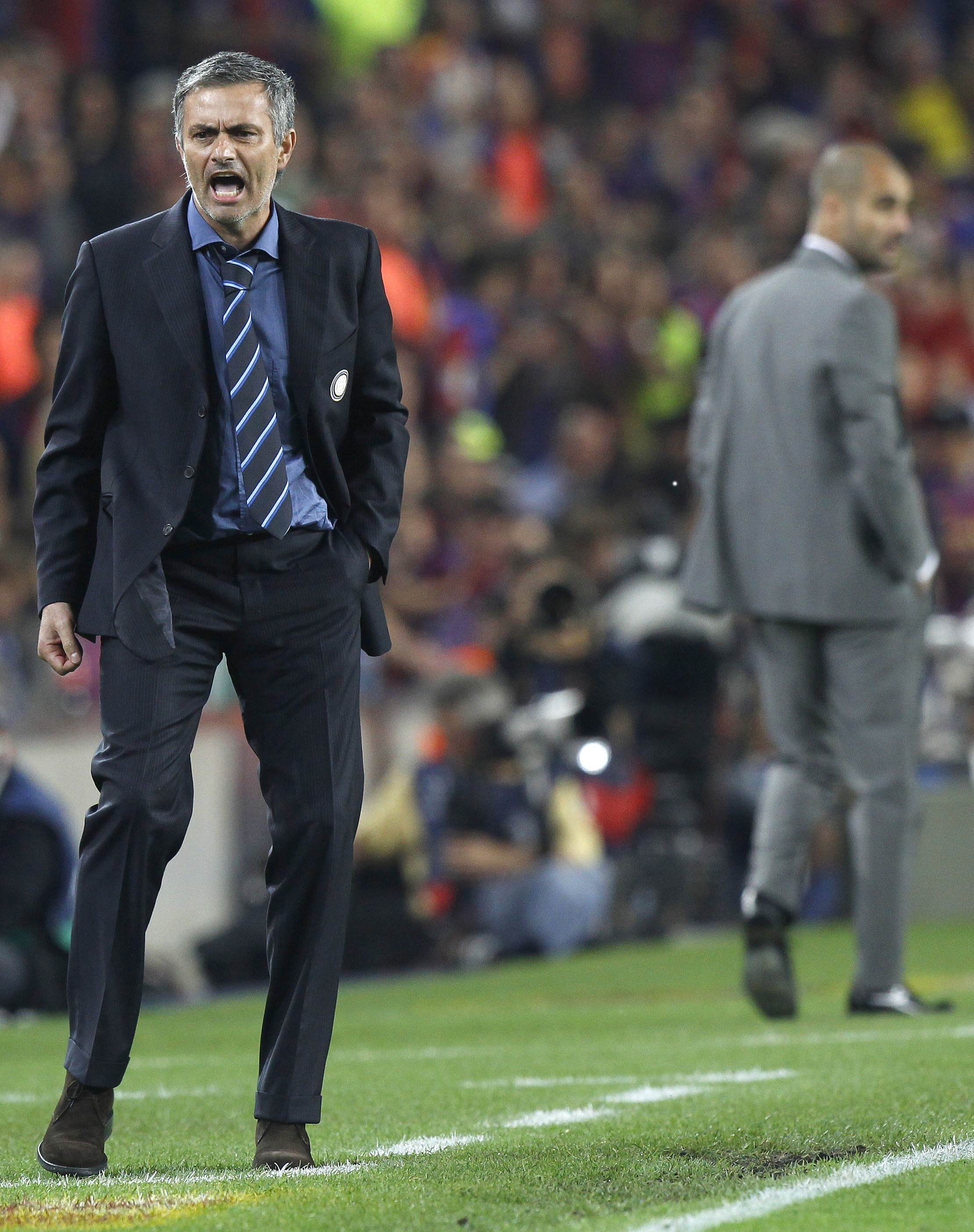 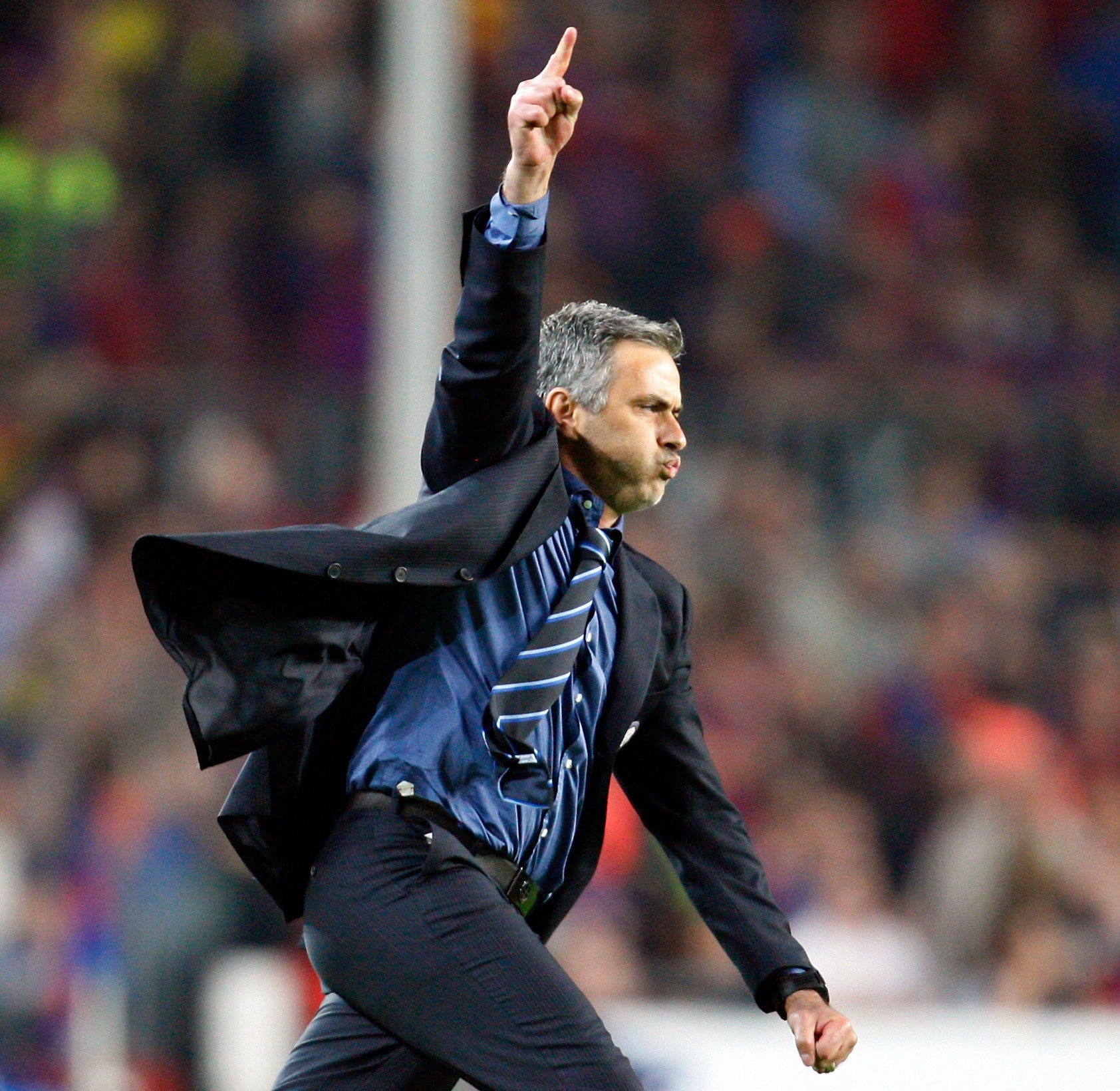 And they thought they'd won the game when Bojan fired into the roof of the net in injury time, only for the referee to disallow the goal for a Yaya Toure handball in the build-up.

Mourinho wasn't going to let the sprinklers being turned on as his players celebrated on the pitch dampen his spirits either – later calling the moment his "most beautiful defeat".

Pep wanted revenge. And he got it in the most spectacular way.

But his tenure got off to the worst possible start with a 5-0 thrashing as Guardiola's side ruthlessly tore their bitter enemies to shreds in their first La Liga clash.

Mourinho has called it his worst defeat as a boss – and it is his biggest. 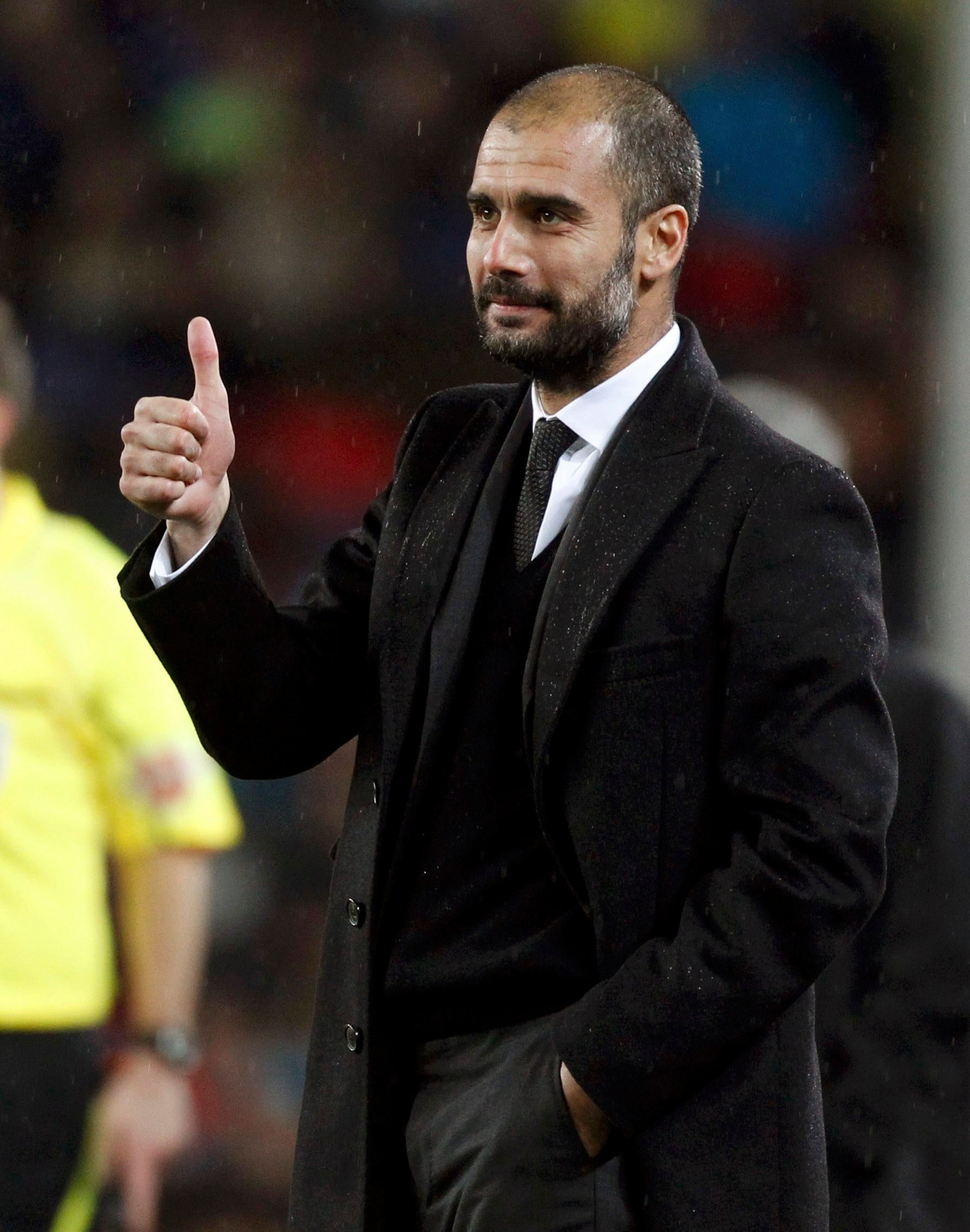 The fierce rivals were pitted against each other in another Champions League semi.

And as you can imagine, the animosity had hit fever pitch at this point – and clearly the players were feeling it to in this first leg.

The game was marred by play-acting, and both Pepe and Mourinho were sent to the stands – with the latter being dismissed for sarcastically mouthing "well done" to the fourth official.

But Lionel Messi rose above his contemporaries with two stunning goals that effectively put Barcelona through to the final.

The first leg of their Spanish Super Cup tie ended in an entertaining 2-2 draw, so there was still all to play for at the Camp Nou.

And it became a feisty affair when Marcelo went over the top on Cesc Fabregas.

The players brawled, the Brazilian was sent off, as were David Villa and Mesut Ozil.

Mourinho poked Guardiola's assistant Tito Vilanova in the eye during the melee too, something which he later apologised for. 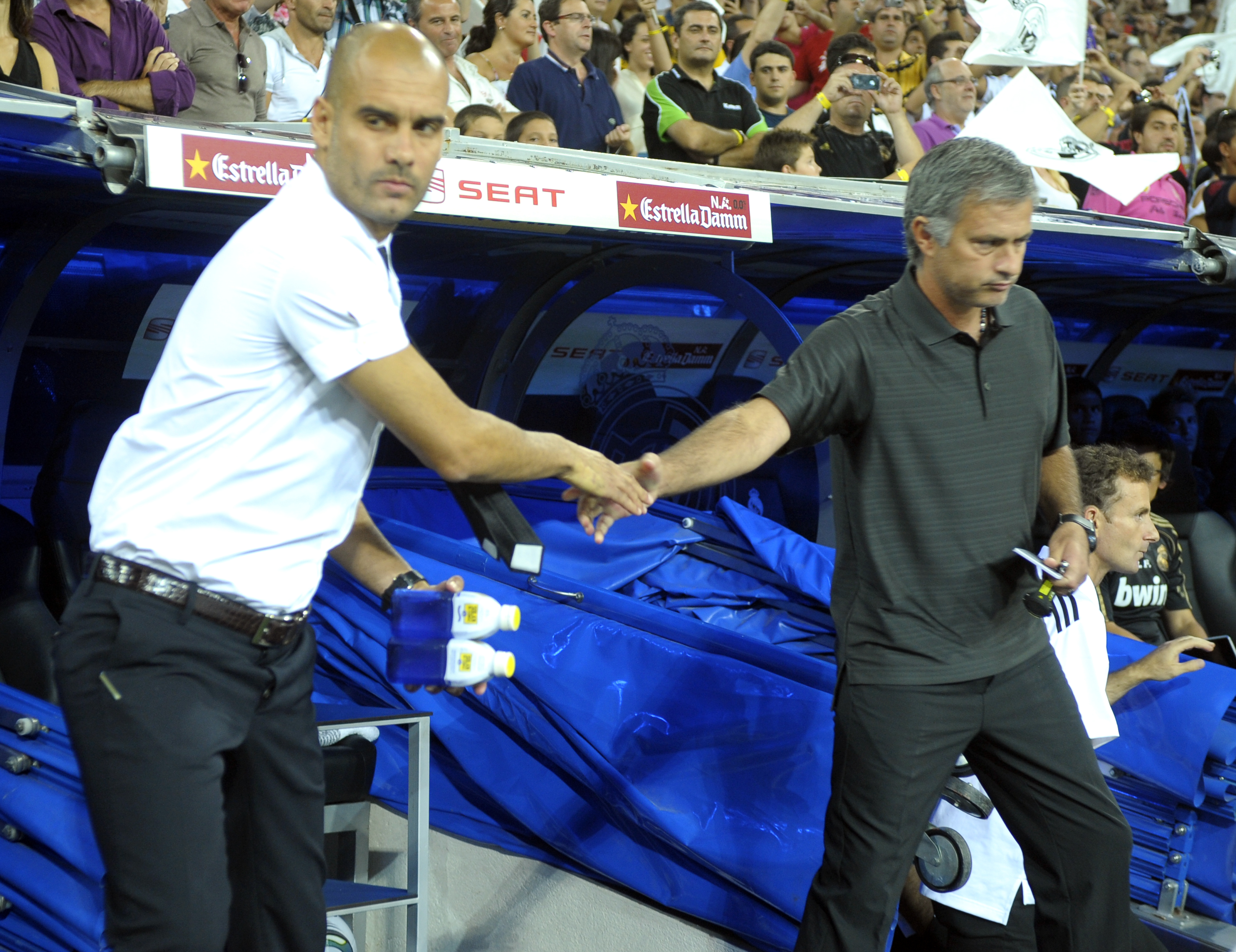 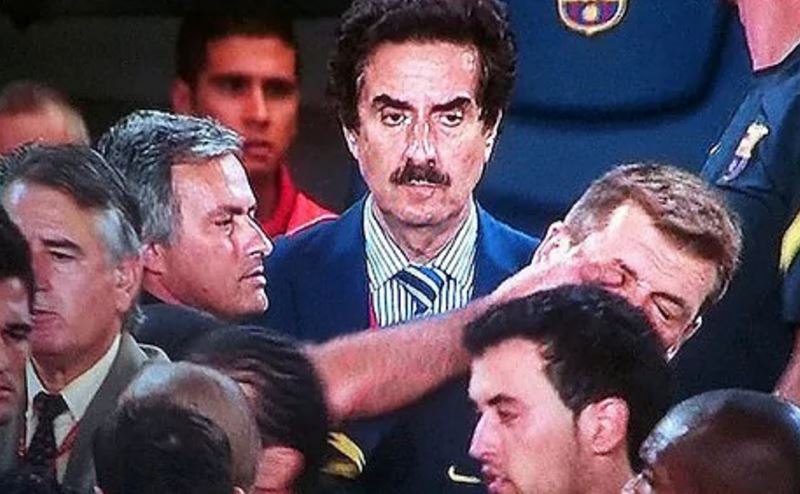 Going into the game Barcelona were 55 games unbeaten at home.

But a classic Mourinho smash and grab – with a late header from Cristiano Ronaldo – put Real seven points clear of their rivals in La Liga and set Los Blancos up to win the title that year.

The loss was, reportedly, the catalyst for Guardiola taking a sabbatical.

He recharged his batteries for a year in New York – and would come back fighting.

After a few drab Manchester derbies, Mourinho was fired up to get one over Pep.

City raced to a 2-0 lead, as it looked like they would confirm their fifth league title.

But an inspired Mourinho team talk rallied his team to fight back and win 3-2 at the Etihad and restore some pride. 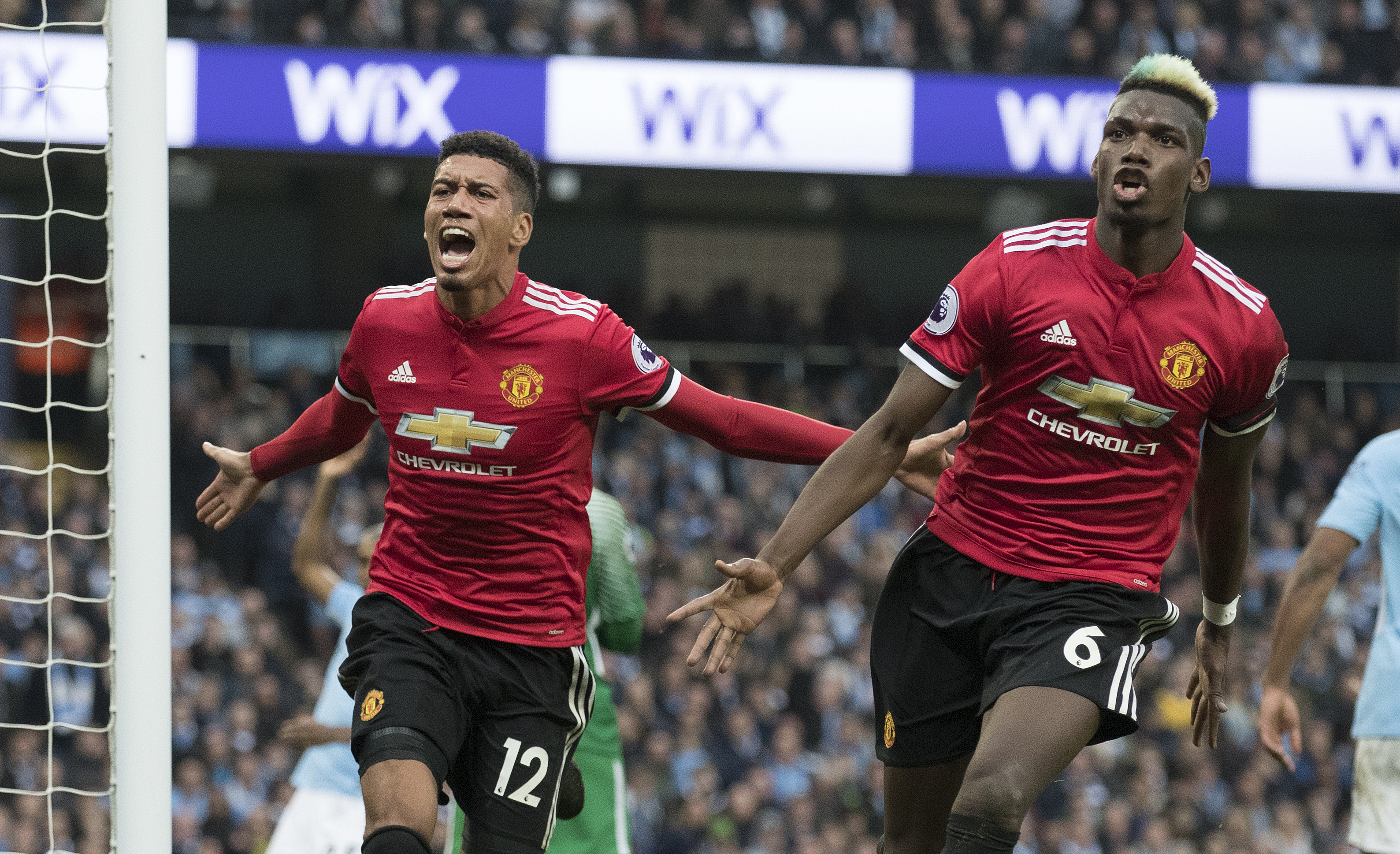 After his humbling departure at Manchester United, Mourinho has been on a mission to craft another title-winning side.

And Spurs proved their credentials against Guardiola's City earlier this season, allowing their rivals to dominate the ball before picking them off on the counter attack with goals from Son Heung-min and Giovani Lo Celso.

Guardiola lamented Spurs' defensive style after the game, explaining the difficulty his side had in breaking Tottenham down.

Will history repeat itself in the Carabao Cup final?

END_OF_DOCUMENT_TOKEN_TO_BE_REPLACED

END_OF_DOCUMENT_TOKEN_TO_BE_REPLACED
Recent Posts
We and our partners use cookies on this site to improve our service, perform analytics, personalize advertising, measure advertising performance, and remember website preferences.Ok