OLLI HARDER reckons Hawa Cissoko’s sending off killed his team’s competitive edge with West Ham falling to a 2-0 away loss at Brighton.

The Irons had some decent chances to score in the first 30 minutes of the WSL clash before the centre-back was given her marching orders for a handball. 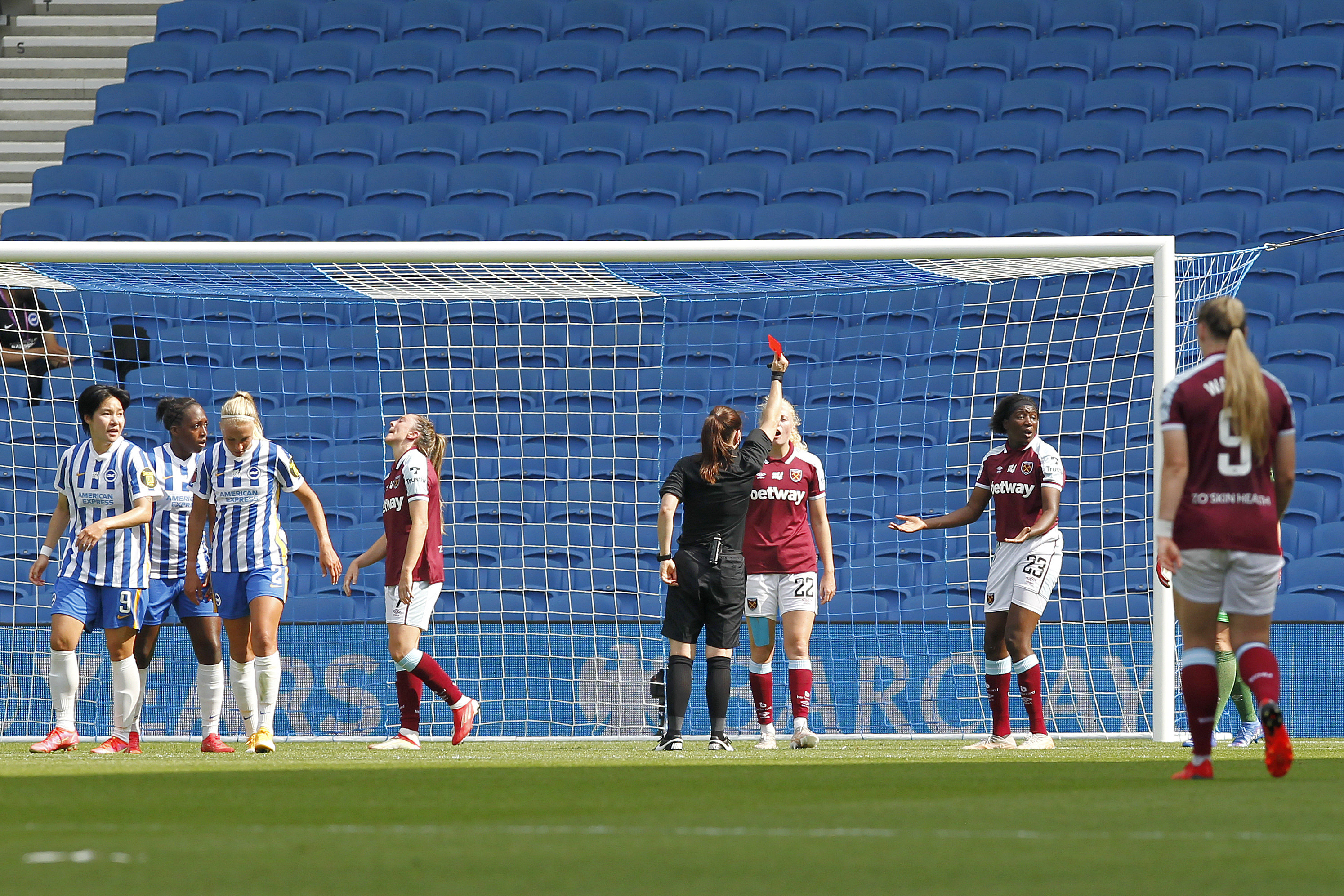 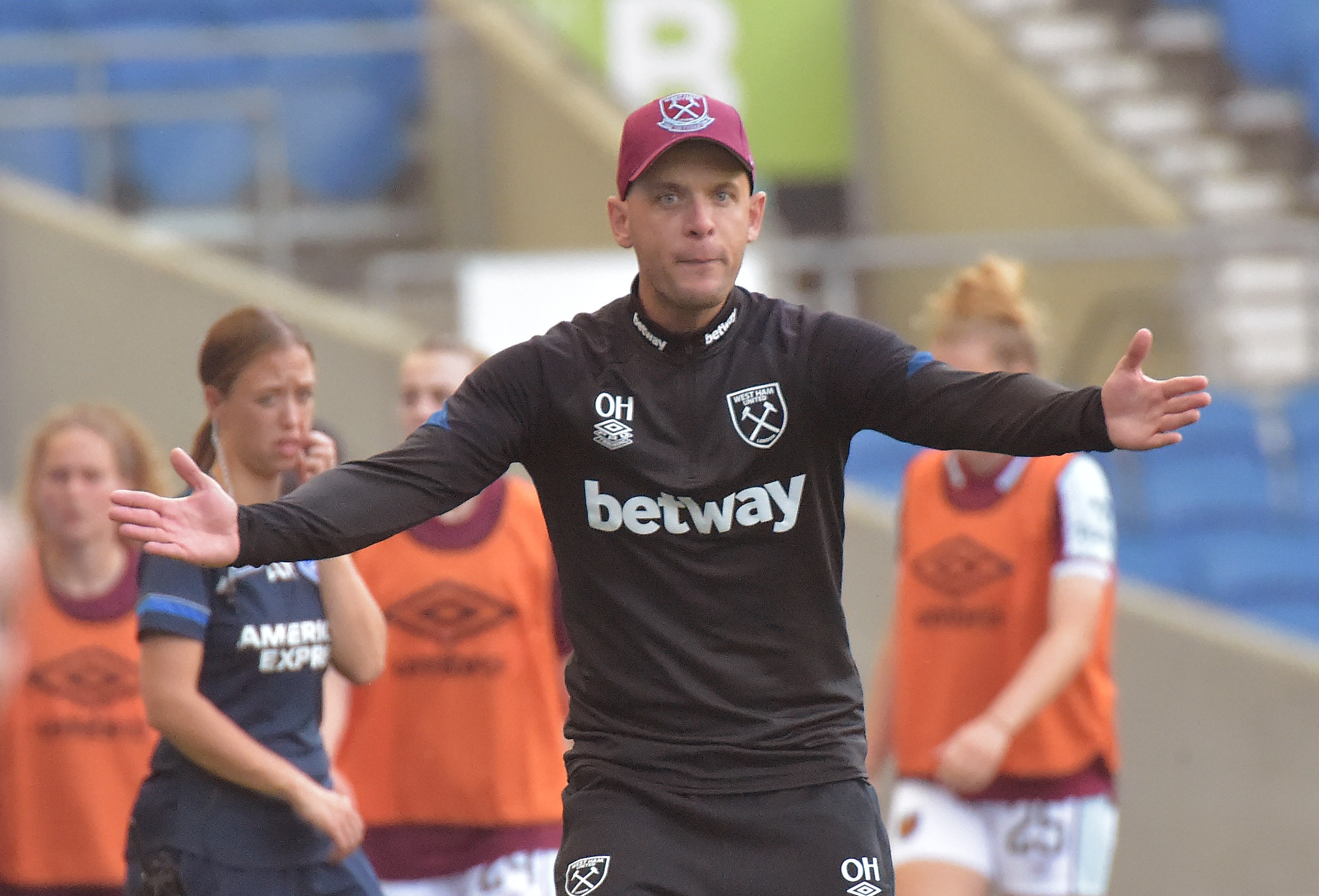 The France international was adjudged to have handled Danielle Carter’s goalbound strike around the 33rd-minute mark of the clash at the Amex Stadium.

The referee pointed to the spot after Cissoko saw red however Harder believes the centre-back's handball was not intentional.

After the game, Harder told FAWSL Full-Time: “We were on top.

"We were here to get points and that’s very difficult to do when you have 10 players on the pitch so that’s obviously frustrating.

“It pretty much killed the game. It’s double jeopardy.

“The bottom line is that I am happy to go one goal down when I have got 11 players on the pitch, I think we still win the game.

“I am not happy with the fact that they have had the penalty, the handball and a red card when potentially it wasn’t a deliberate handball.”

The Irons, who play Aston Villa next, had a few decent chances of netting including the game’s first clear scoring opportunity which fell to Adriana Leon.

The Tokyo Olympic gold medallist race in behind Albion’s defence after a swift counter-attack but saw her tame shot comfortably saved by Seagulls stopper Megan Walsh.

After West Ham went down to 10 players Brighton got on the score sheet with Inessa Kaagman smashing home their opener from the penalty spot.

Minutes later Albion doubled their lead through Lee Geum-min before sealing the 2-0 win.

Brighton, who face Birmingham next, have now beaten West Ham in their last four WSL matches

In games like this, if you come away not playing your best and with three points, I think you can be relatively happy

The result saw the Seagulls go second following other outcomes from the weekend’s season-opening clashes.

And team boss Hope Powell was pleased to see her players pick up three points despite being under pressure from the visitors.

Powell said: “We maintained a form of discipline after they went a player down, sometimes you lose that. 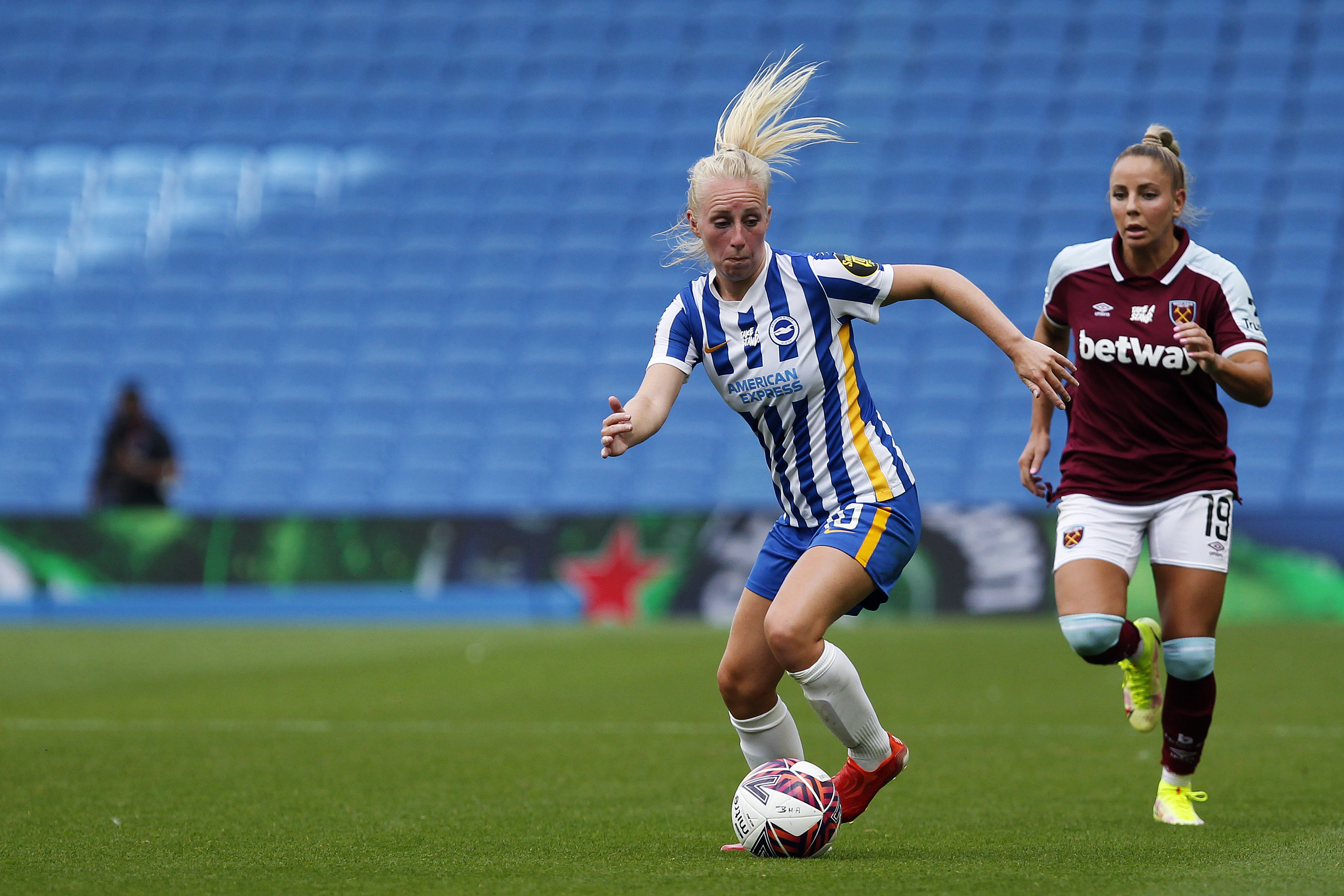 “And we tried to implement some of the things we’ve been doing at training.

“Generally I’m pleased with the three points. I must say it wasn’t our best performance.

“But in games like this, if you come away not playing your best and with three points, I think you can be relatively happy.