CHELSEA take on Malmo on Tuesday night in the Champions League and will be without several attacking players – including Mason Mount.

The Blues came out 4-0 winners against the Swedish champions at Stamford Bridge last month and could take a step closer to qualifying for the last 16 with another win. 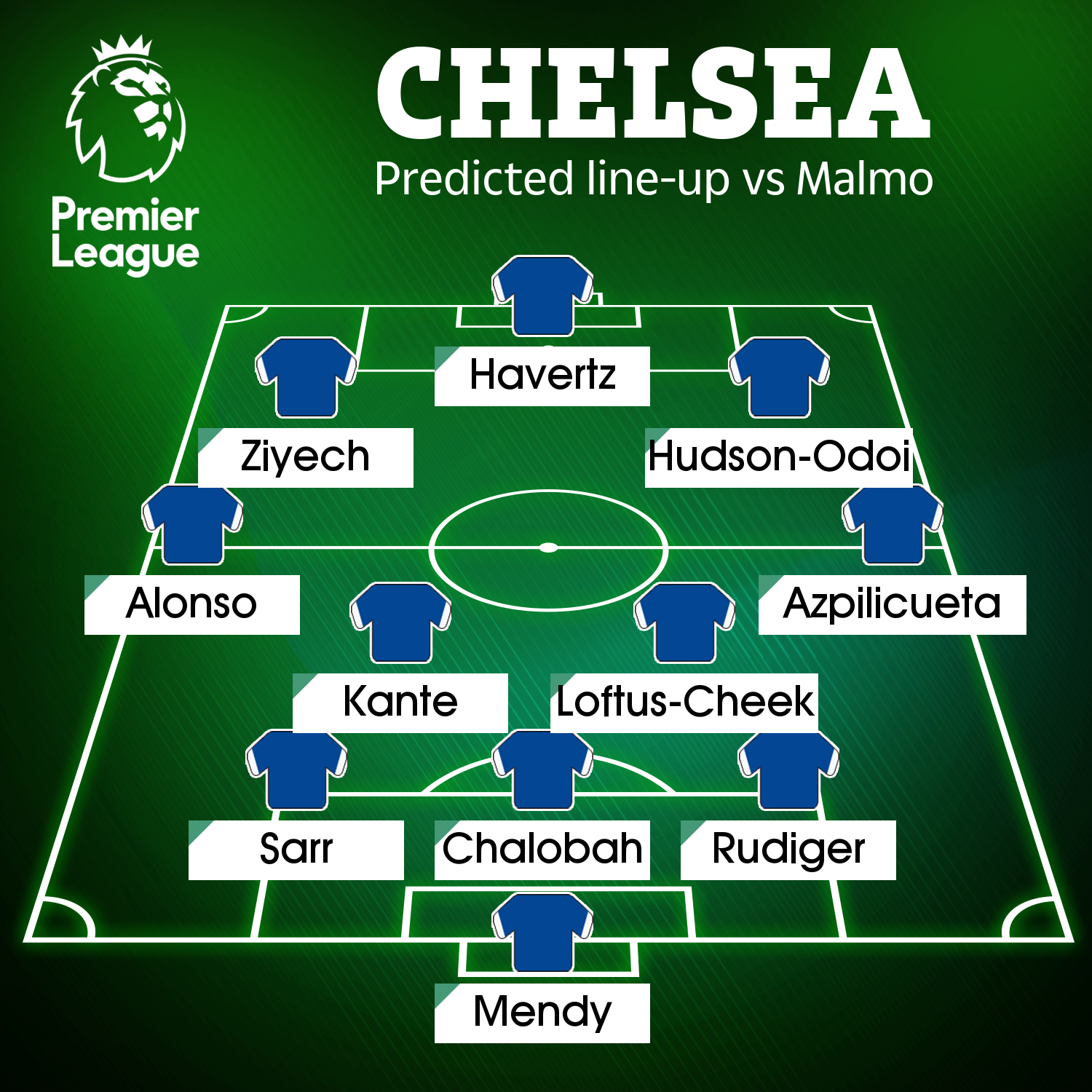 But they will be without club record signing Romelu Lukaku, who remains unavailable for selection after twisting his ankle against Malmo last time out.

Timo Werner will also miss out after pulling up with a hamstring injury in the same game, leaving Kai Havertz as Thomas Tuchel's only option to lead the line.

Mateo Kovacic also sustained a hamstring injury in training last week, opening the door for the resurgent Ruben Loftus-Cheek to return to the side.

Thiago Silva and Andreas Christensen could similarly sit this one out, making way for emerging star Trevoh Chalobah and Malang Sarr to join Antonio Rudiger in the back three.

Mason Mount, who scored his first career hat-trick in a 7-0 thrashing against Norwich last week, missed out on Chelsea's victory over Newcastle on Saturday due to illness. 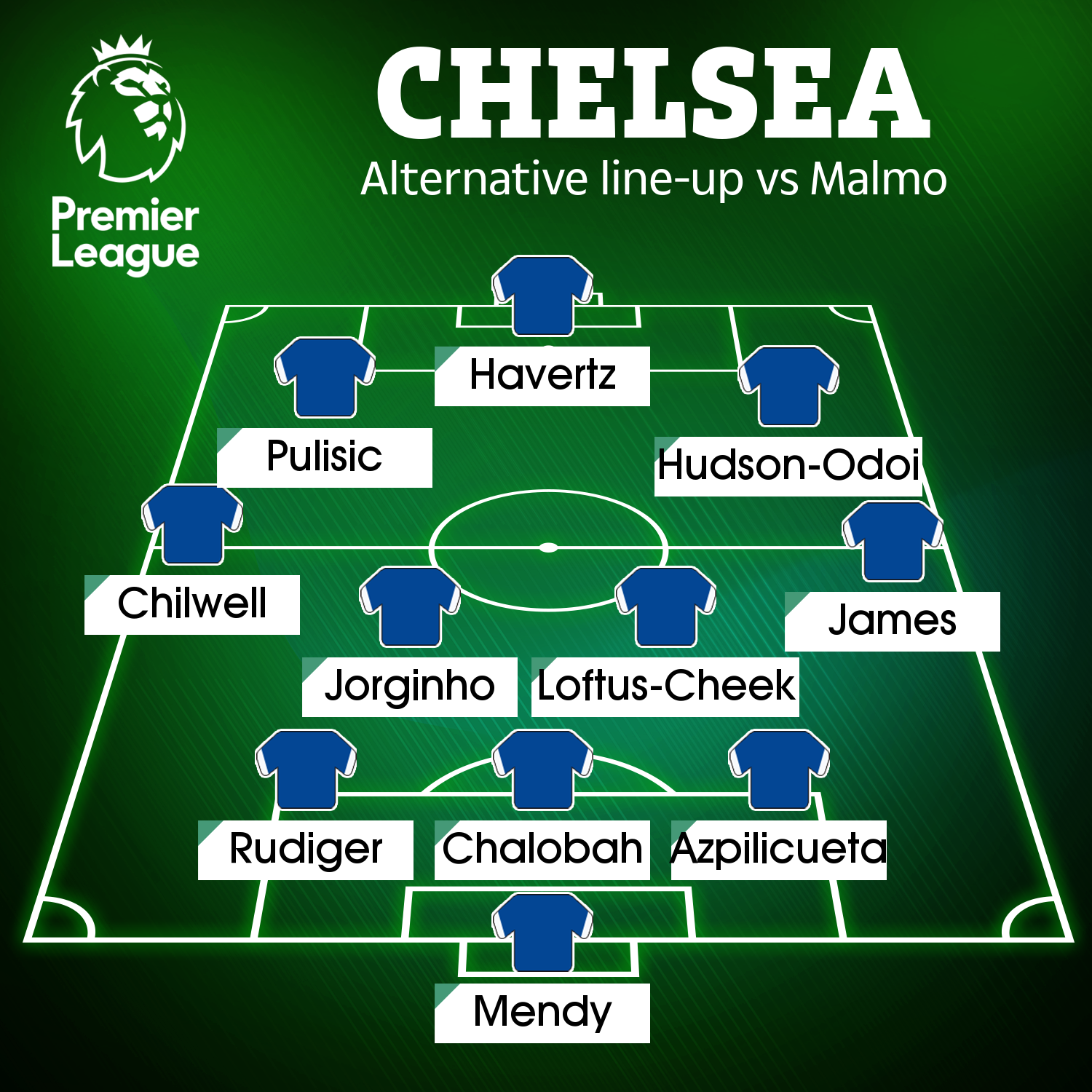 And he has failed to recover in time to feature tomorrow, despite hinting he could be available in a post on social media.

Mount said: "Woke up and didn’t feel 100% (non COVID related) but will hopefully be fully recovered over the next couple of days. Up the CHELS!"

Hakim Ziyech and Callum Hudson-Odoi both started the Blues' win at St. James' Park and both were withdrawn in the second half.

Tuchel may have withdrawn his two forwards with the intention of starting them both in a front three alongside Kai Havertz tomorrow night.

Christian Pulisic has been out since September with an ankle injury sustained on international duty with USA and will miss out again tomorrow.

Pulisic has only featured once for the Blues so far this season, playing the opening 77 minutes of their Uefa Super Cup win against Villarreal, before being substituted.

A win could put Chelsea ahead of rivals Juventus in group H if the Italian side fail to beat Zenit – ahead of their showdown at Stamford Bridge on 23 November.

The Blues were beaten 1-0 by Juve in September after a lacklustre performance, but have since hit their stride, sitting three points clear at the top of the Premier League.