How Each Baseball Stadium Will Handle Fans to Start 2021

Baseball is doing its best to get things back to normal, restoring the 162-game season and starting the year with fans in the stands of every stadium.

Some policies set by Major League Baseball are locked in at every park, like fans being required to wear masks, but the policies diverge based on the rules in the city or state where the game is being played. Nothing, however, is set in stone, as the rules could be tightened or relaxed based on how things are going in terms of coronavirus infections.

Dr. Anthony S. Fauci, the United States government’s top infectious disease expert, said in a recent interview with “Face the Nation” that he expects the restrictions to lessen as the season progresses.

“I would expect that as we get through the summer — late spring, early summer — there’s going to be a relaxation where you’re going to have more and more people allowed into baseball parks, very likely separated with seating, very likely continue to wear masks,” he said. 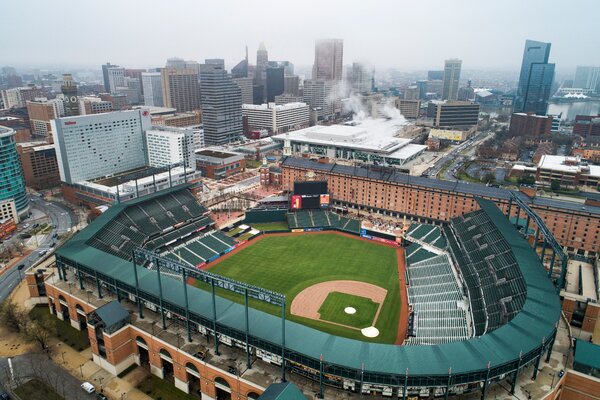 Notable: Fans will be seated in pods. Neck gaiters and masks with ventilation vents are not permitted.

Notable: Health screenings are required before entry and no bags will be allowed.

Notable: Spectators need proof of a negative coronavirus test within 72 hours of the game or that they are vaccinated. The stadium will continue as a vaccination site through April.

Notable: This is only about 5,000 to 6,000 fewer than their average home attendance the last five nonpandemic years.

Notable: With border crossings to Canada requiring 14-day quarantines, the Blue Jays are forced to start the season at their spring training site in Dunedin, Fla. Eventually they could transition to Buffalo or another U.S. city before a possible return to Toronto later in the season.

Notable: Upon request, the White Sox will provide ticket-holder info to state and city officials for contact tracing. While the team is allowed to host up to 25 percent of capacity, the White Sox are doing 22 percent because of distancing measures.

Notable: Guests must give verbal responses to a health screening form at entrance gates.

Notable: Masks are mandatory and no bags are allowed (with exceptions for medical and child care bags).

Notable: Guests are required to complete a health screening questionnaire before entry.

Notable: Texas removed all capacity restrictions in the state, so the Astros may increase the team’s allowed attendance in May.

Notable: When Orange County moves to its next coronavirus tier, attendance could go up to 33 percent.

Notable: Ticket sales are restricted to California residents. All social spaces will be closed and tailgating is prohibited.

Notable: The Rangers are the only team to allow full capacity on opening day, but Texas is expected to reduce the capacity for future games to allow for social distancing. The team’s first exhibition game of the season drew 12,911 fans.

Notable: The Braves, who also host the 2021 All-Star Game, will revisit their restrictions with each homestand.

Notable: The Marlins have adapted their drone technology, normally used for mosquito and weed control, to apply disinfectant throughout the ballpark.

Notable: The Mets will require fans to present proof of a negative coronavirus test or proof of vaccination before entering the stadium.

Notable: Gov. Tom Wolf has said that outdoor venues in Pennsylvania would be open at 50 percent capacity starting April 4.

Notable: The Nats wanted far more fans to be allowed into the park, and will revisit the limits with D.C. officials for the second homestand, which starts April 15.

Notable: Masks are mandatory and no bags allowed (with exceptions for diaper bags and medical bags).

Notable: Masks are mandatory, but several bag types are allowed, including purses, food bags and soft-sided coolers under a certain size.

Notable: Because the team’s home opener is not until April 8, they would be allowed up to 50 percent of capacity by Pennsylvania law, but they are doing less because of social distancing measures.

Notable: Ballpark officials reserve the right to conduct coronavirus screening and deny admission based on the results.

Notable: The picnic area and other standing-room gathering spots will be closed, and the team says, “seeds and nuts in the shell will NOT be permitted at this time.”

Notable: Forget about watching much batting practice — gates to the ballpark will open only one hour before the first pitch.

Notable: With the team on the rise at last, the Padres chief executive Eric Greupner said, “I think it will be the loudest 20 percent capacity crowd you’ve ever heard.”

Notable: According to the team website, the Giants are planning “distinct zones within Oracle Park to prevent cross-traffic of fans throughout the building.”