Home » Sport » How Man Utd could line-up next season after transfer window with Aurelien Tchouameni, Declan Rice and Cristiano Ronaldo

How Man Utd could line-up next season after transfer window with Aurelien Tchouameni, Declan Rice and Cristiano Ronaldo

MANCHESTER UNITED are targeting Aurelien Tchouameni and Declan Rice ahead of next season to bolster their midfield options, reports say.

Boss Ole Gunnar Solskjaer has identified midfield as an area he would like to improve. 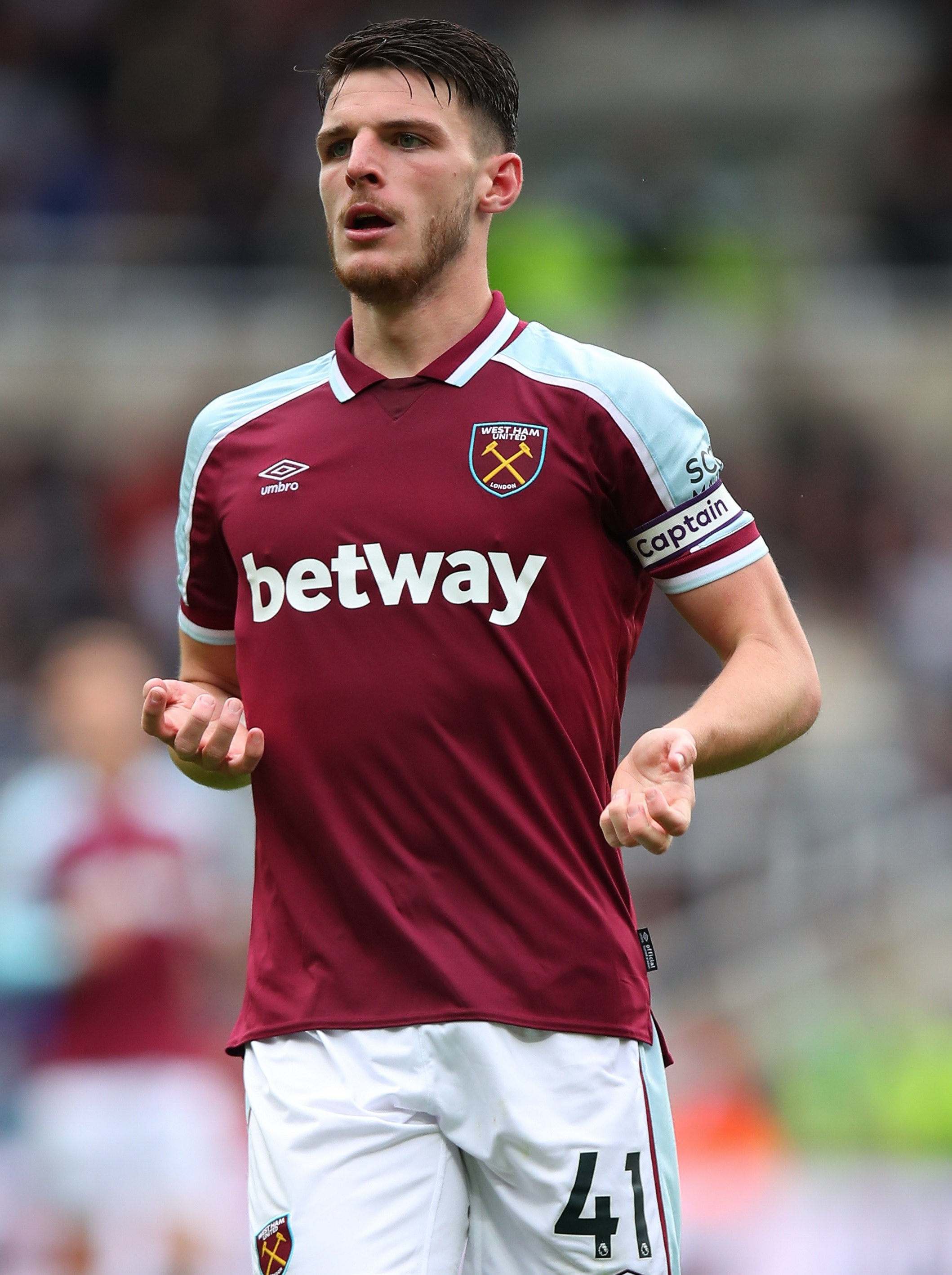 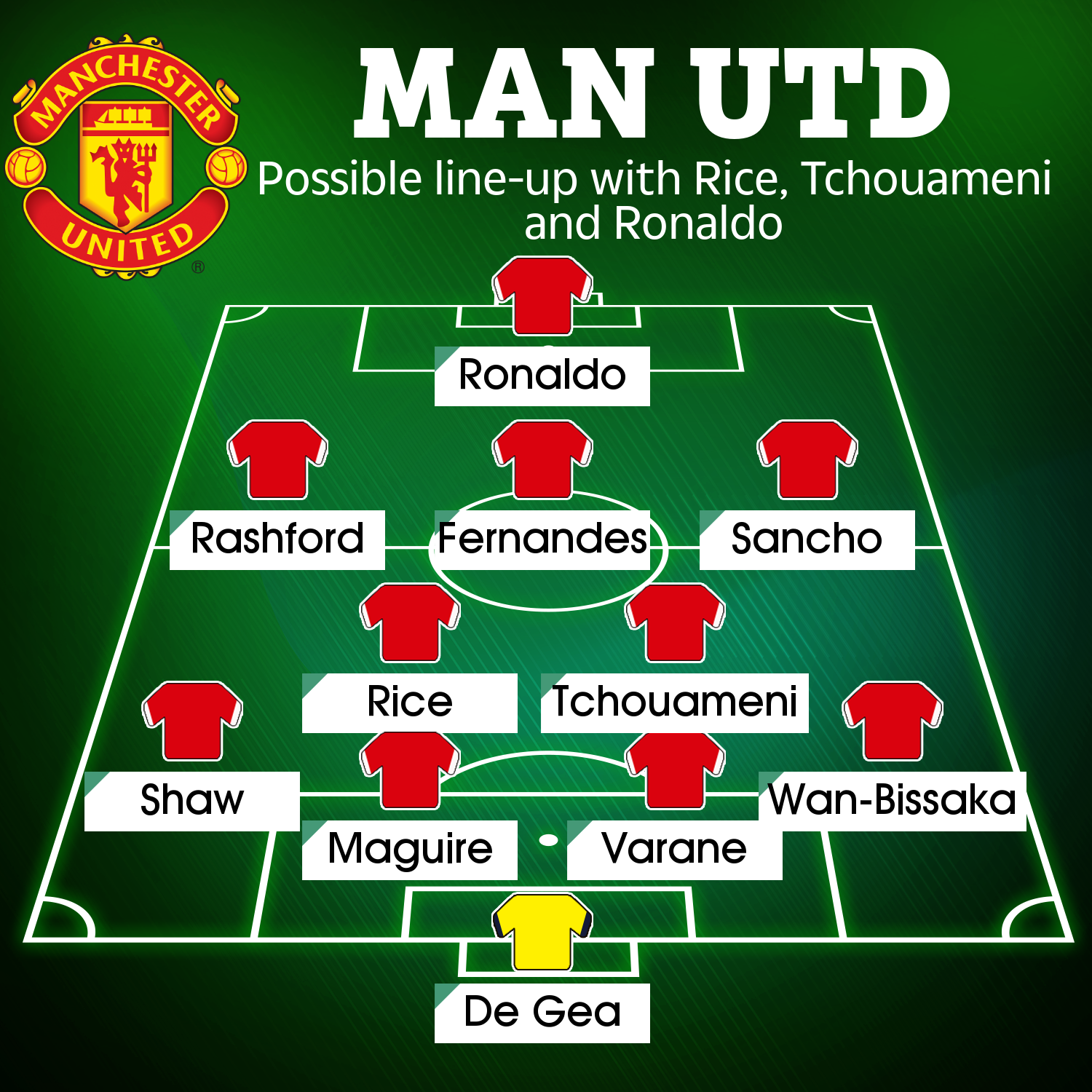 Fred and Scott McTominay have been the preferred double pivot for the Red Devils.

But the pair haven't convinced fans they're the two to stick with.

And star midfielder Paul Pogba is yet to sign a new contract, putting the Red Devils at risk of losing him for free next summer.

According to Team Talk, West Ham's Rice is one of Man Utd's key transfer targets.

The 22-year-old Hammers captain and England international is one of the most highly sought after defensive midfielders in Europe.

And the Hammers have slapped a £100million price tag on Rice in a bid to put members of the Big Six off.

Tchouameni's performances in both Ligue 1 and at international level has caught the eye of United too.

According to Marca, Monaco value the imposing midfielder at £50m, half of what West Ham want for Rice.

Real, in particular, are eyeing Tchoumeni as a replacement for an ageing Casemiro.

The other option Real are looking at is United's Pogba whose contract expires next summer, but Tchoumeni would add more muscle to their midfield.

The report, however, states that the Premier League clubs have an advantage over Los Blancos as they have greater spending power.

Should United sign both ahead of next season, the pair would add a solid defensive base sitting in front of the back four.

And with the likes of Jadon Sancho, Bruno Fernandes, Marcus Rashford and Cristiano Ronaldo making up United's attack, the Red Devils could be serious title challengers again.

Man Utd legend Roy Keane has praised Rice, claiming the midfielder is 'way ahead' of where he was when he was the same age.

The former Red Devils captain said on Sky Sports: "I think Declan’s improved as much as any player over the last one or two seasons.

“I know he’s been linked with Man United and if you’d have asked me a year or two ago, I would have thought give him another year or two in terms of maturing.

“I think the next step will come when he’s playing at a higher level, Champions League, competing for trophies. 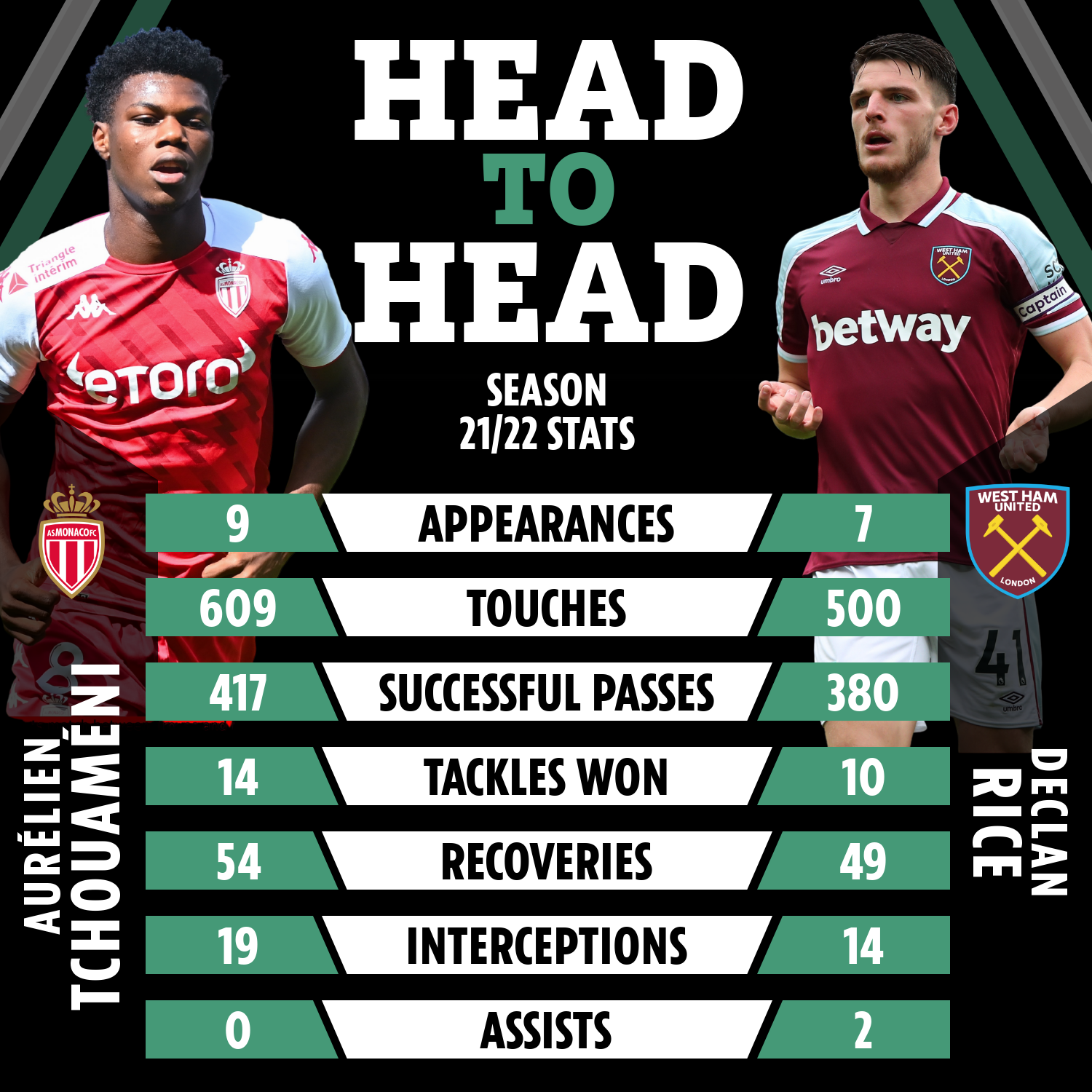 “He’s obviously a regular for England. There’s a lot more to come from him.”

Rice – who captains West Ham whilst club captain Mark Noble starts from the bench – could also be a future England captain.

He said: "I spoke to Declan when he was making the transfer from Ireland and we had seen things in him which we believed could be helpful to us as a country.

“You could tell his mentality was one where he wanted to learn and improve and test himself.

“He is a real sponge for tactical information and observations on his game and is desperate to be the best he can possibly be.

“Even though he is a young player, he has got tremendous leadership qualities, and he is captaining his club at an incredibly young age, so you can see all the signs of what might be possible."

United star Pogba is a big fan of Tchouameni.

Pogba called Tchouameni 'a man' despite his tender age.

“Pleasure to play next to him. He brings a lot of energy. A lot of energy, extraordinary technical and physical quality. 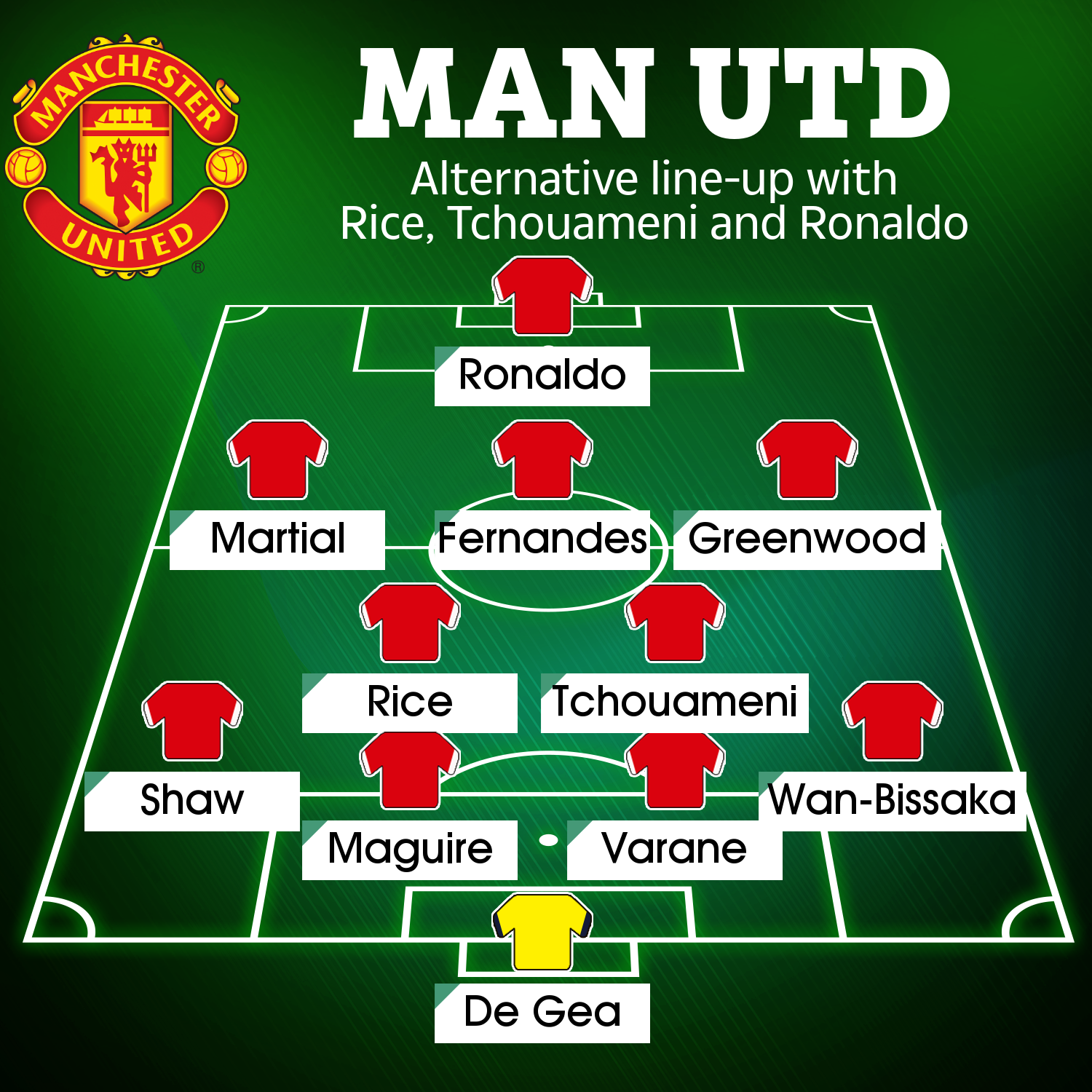 “We wish him to play lots of matches. and that I am always at his side.”

Iconic Premier League midfielder and Monaco team-mate of Tchouameni, Csec Fabregas, believes the France international has all the necessary tools to succeed.

Fabregas said: "He has the potential to be the complete midfielder. Modern midfield player.”