Home » Sport » How the Warriors built one of the NBA's all-time greatest dynasties with timing, foresight, and a lot of luck

How the Warriors built one of the NBA's all-time greatest dynasties with timing, foresight, and a lot of luck

The Golden State Warriors are trying to achieve something very few NBA teams have ever done.

They’re playing in their fifth straight NBA Finals, going for the rare “three-peat,” and trying to win their fourth championship in five years. Doing so would make them one of the greatest teams of all-time.

It may be a long time before we see a team like this again. The Warriors didn’t just draft well and make savvy trades and signings — they were able to build a dynasty thanks to some team-friendly contracts, a historic NBA event, and some lucky timing that worked on their side.

Learn how everything came together just right for the Warriors to build a once-in-a-lifetime team.

Timing and luck play a major part in every championship, but for the Warriors, quite a few breaks went their way to build this dynasty. 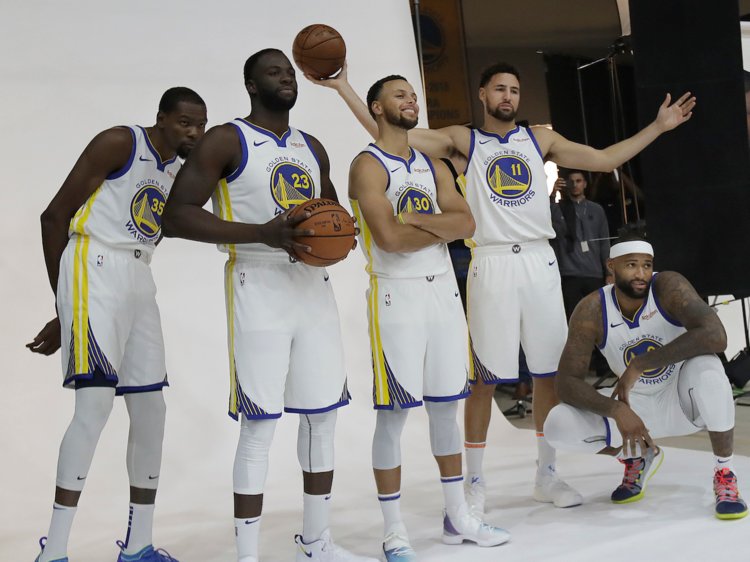 It all starts with Stephen Curry. Curry slipped in the 2009 draft over fears about his ability to play in the NBA, and the Warriors ended up getting him with the seventh pick. The Minnesota Timberwolves had picks No. 5 and No. 6 and took two point guards, passing over Curry TWICE. 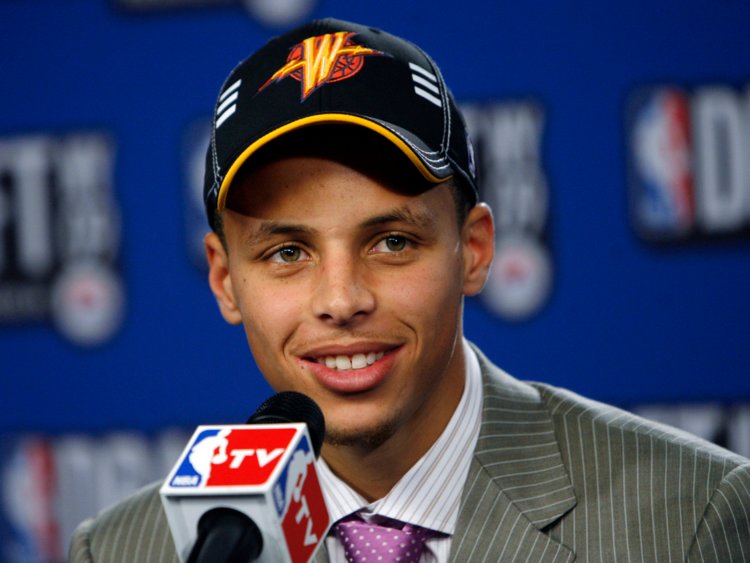 Curry’s slow(ish) start to his career paved the way for the Warriors. 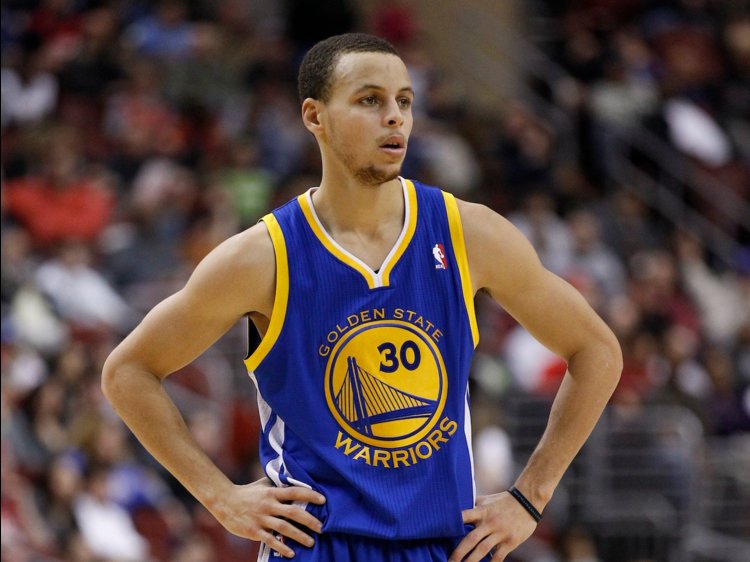 Though Curry played well early on in his career, he didn’t resemble the MVP candidate he is today. Additionally, there were concerns about recurring ankle injuries that limited Curry to just 26 games in 2011-12. The Warriors and Curry agreed to a four-year, $44 million contract in 2012, locking their star player into a hugely team-friendly deal, though few knew it at the time.

In the meantime, the Warriors built through the draft, free agency, and trades. 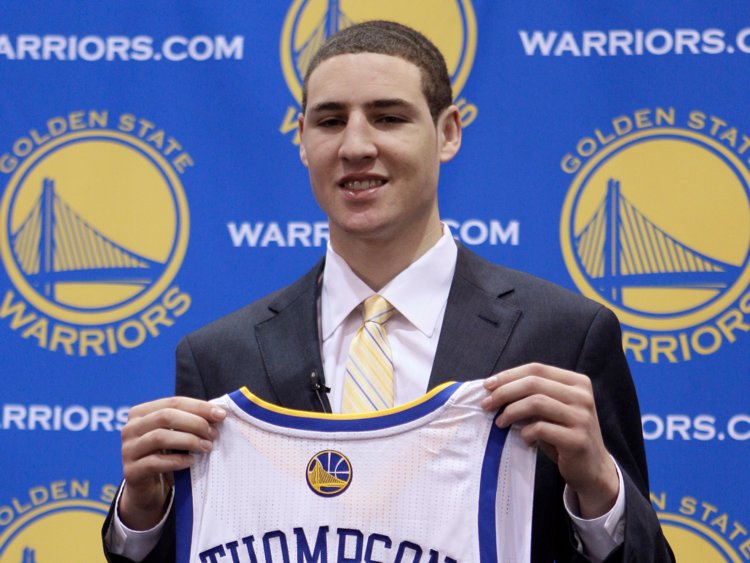 They took Klay Thompson with the 11th pick in the 2011 draft. He’s become a perennial All-Star, one of the best two-way players in the league, and one of the best three-point shooters ever. 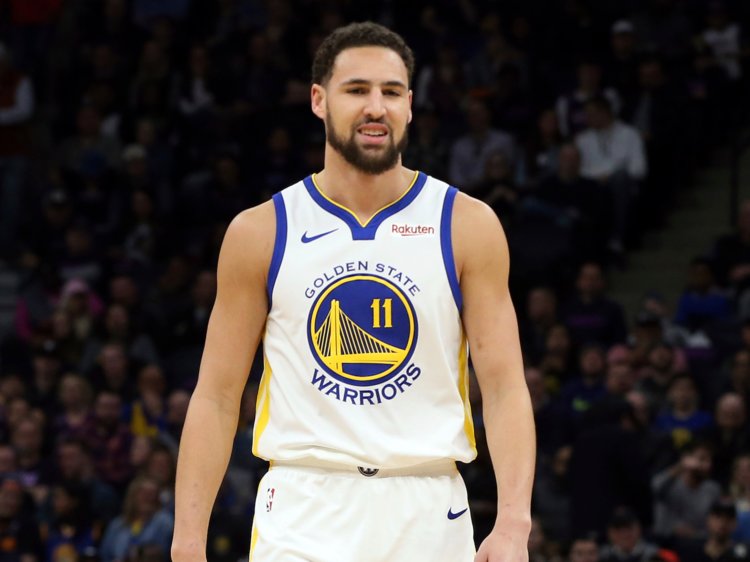 In 2012, the Warriors drafted Draymond Green with the 35th overall pick. They also took Harrison Barnes and Festus Ezeli, neither of whom are on the team today. 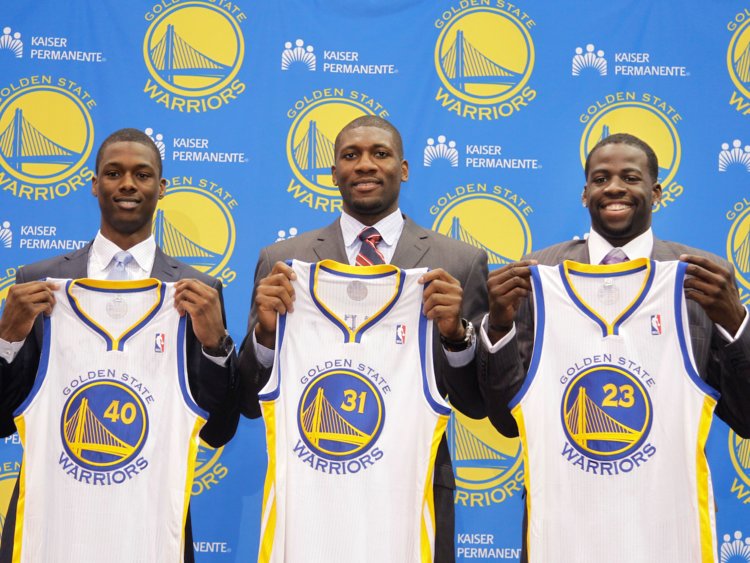 Green, of course, has become one of the most unique players in the NBA. His defensive versatility and playmaking are as crucial to the Warriors as Curry’s shooting. 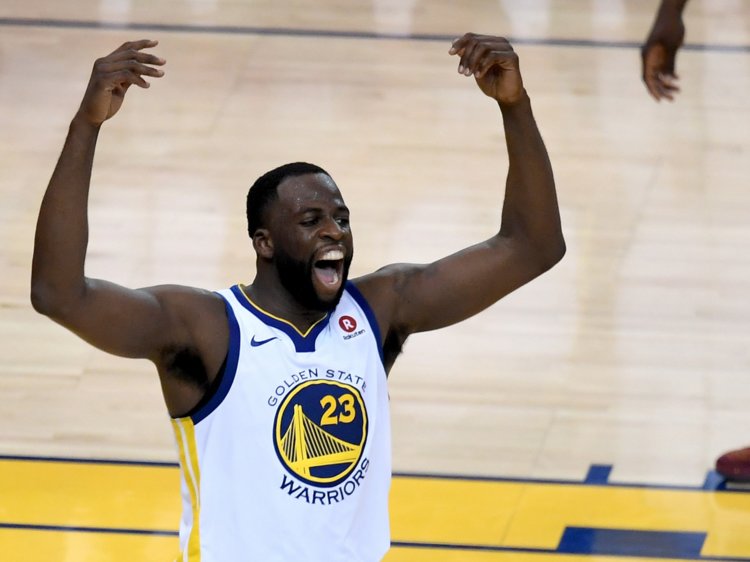 That same year, the Warriors traded Monta Ellis for Andrew Bogut, giving them a defensive anchor (and a former No. 1 pick, too). 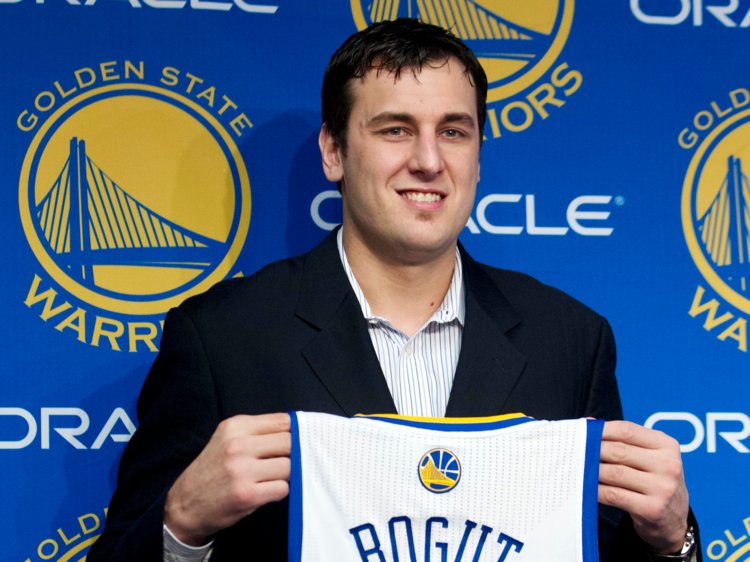 In 2013, the Warriors also acquired Andre Iguodala in a three-team trade with the Utah Jazz and Denver Nuggets. Iguodala has been a huge piece to the Warriors off the bench and even won Finals MVP in 2015. 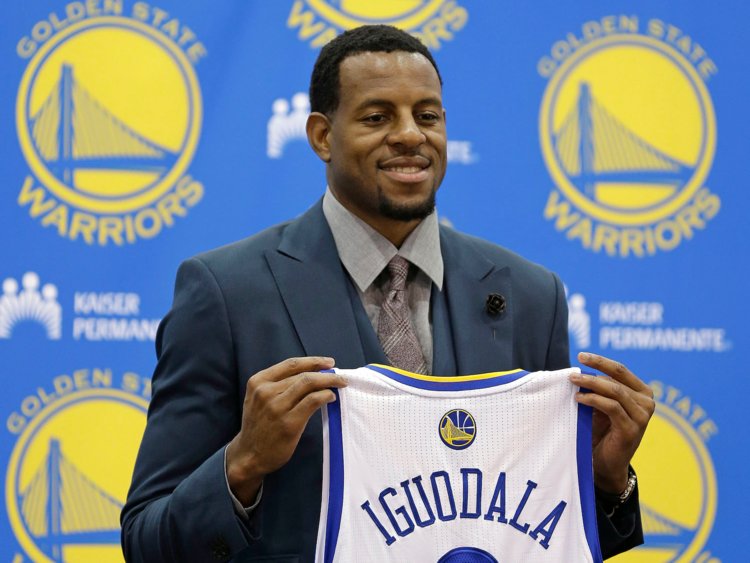 In 2014, the team added Shaun Livingston in free agency, giving them a versatile guard-forward off the bench. 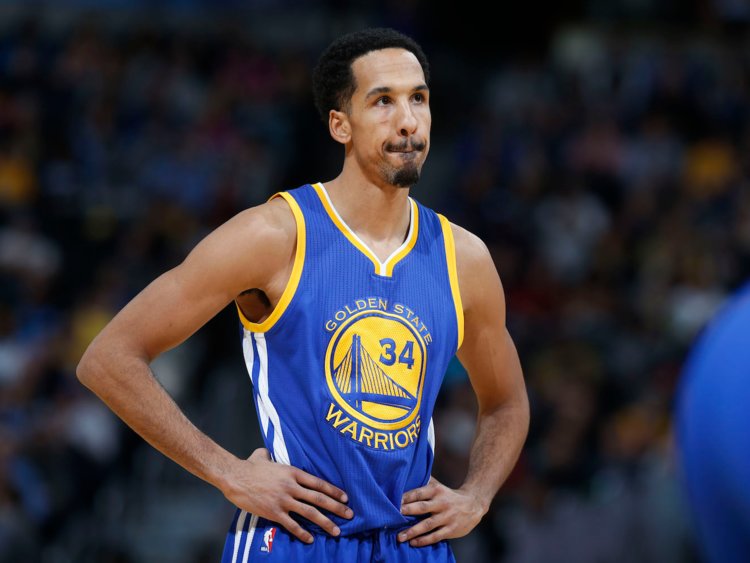 That core exploded in 2014-15, winning 65 games in Steve Kerr’s first season as head coach. The leap was led by Curry, who won his first MVP that year. 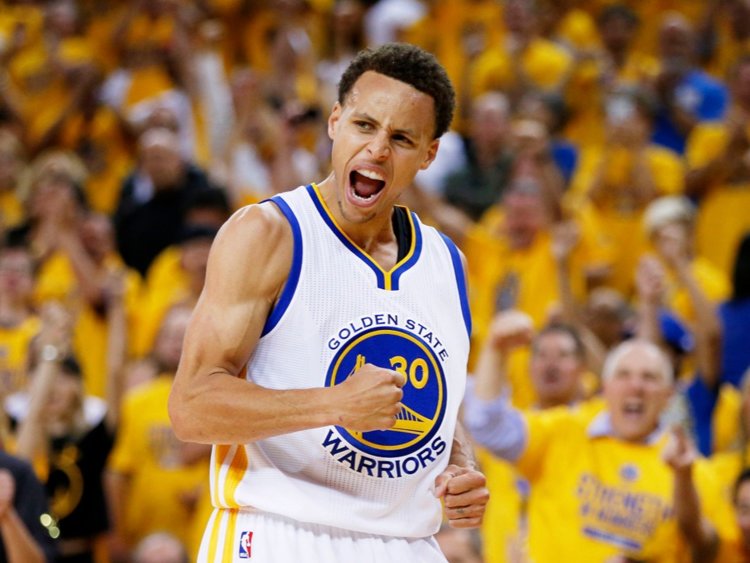 Of course, the Warriors went 73-9 the next year, setting a new NBA record, but they lost to LeBron James and the Cavaliers in the Finals, blowing a 3-1 series lead. 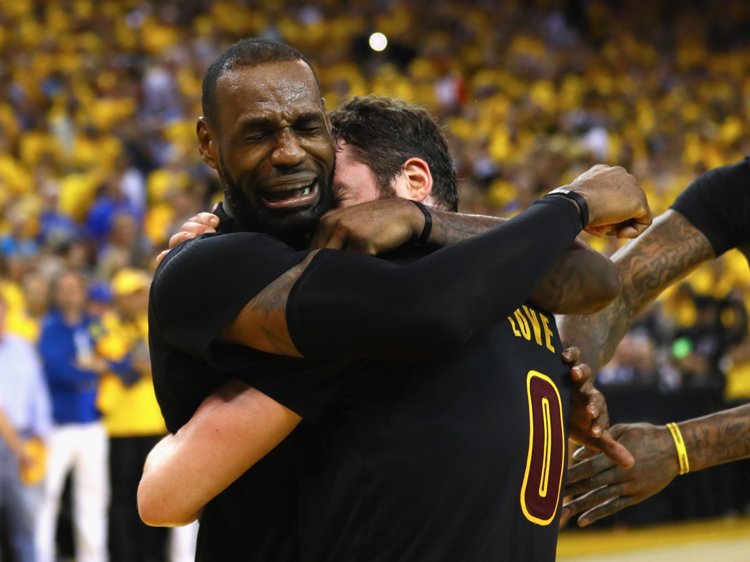 This is where the Warriors’ timing, foresight, and luck all came together. It began with the contracts of their Big 3. 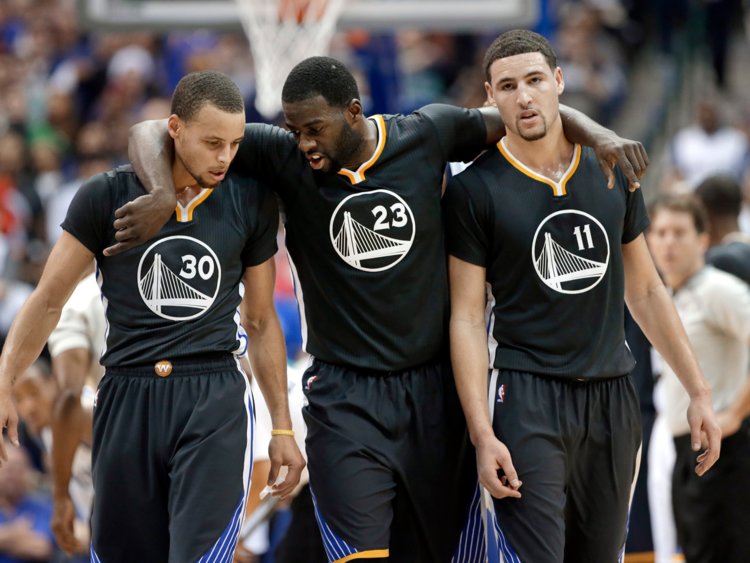 Curry, of course, was locked into his deal.

In 2014, Thompson signed a four-year, $70 million extension, which proved less than the max, particularly with the NBA’s salary cap rising the next two years. In 2015, after the Warriors’ first championship, Green signed a five-year, $85 million deal.

Together, the Warriors’ three All-Stars were locked into below-market contracts, a rarity in the NBA.

In the summer of 2016, not only did the NBA’s salary cap leap by over $20 million (a choice made by the Players Association), the Warriors had several contracts coming off the books, including Bogut and Barnes. 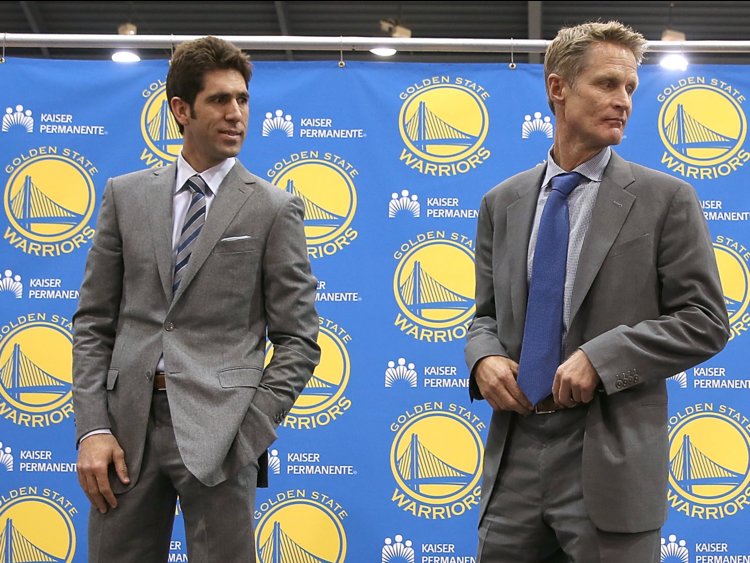 Because of the cap spike, the Warriors stars’ cheap contracts, and their other players coming off the books, the Warriors had the cap space to sign Kevin Durant. On top of it all, they used their loss to the Cavs to convince him to join, telling him he could put them over the top. 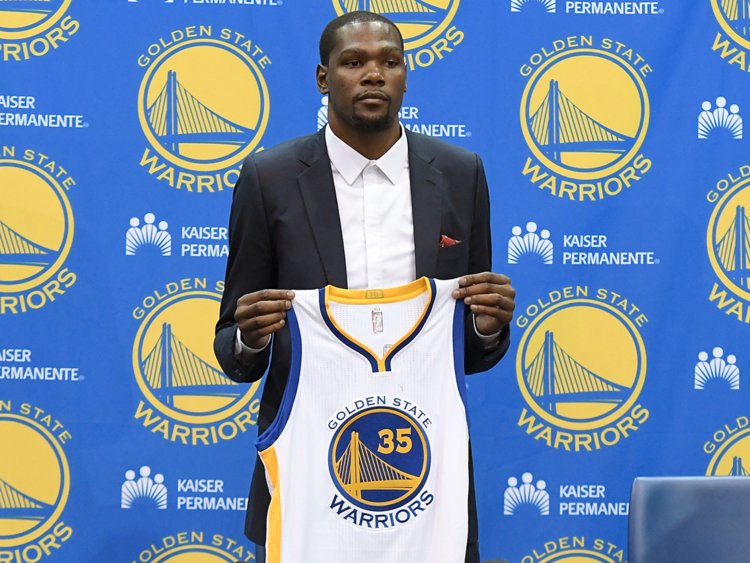 Led by Durant, the Warriors have won the last two Finals and dominated the NBA. 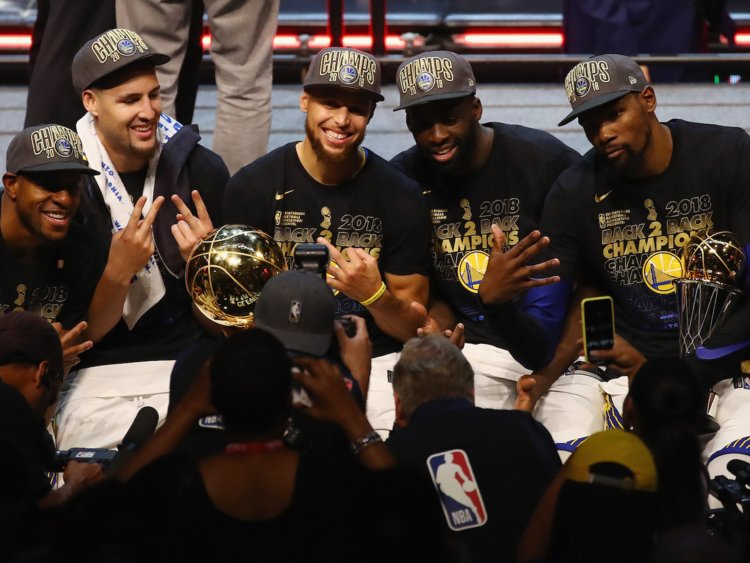 Timing and luck were on the Warriors’ side again this offseason when they landed DeMarcus Cousins. 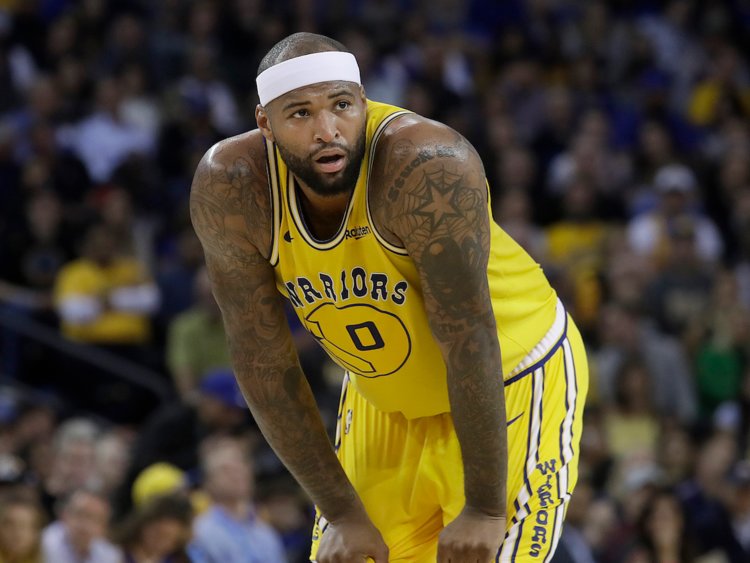 Cousins was one of the top free agents but was coming off a torn Achilles that ended his 2017-18 season.

Many NBA teams were skeptical of signing Cousins and were offering short deals worth far less than the max that Cousins wanted.

So, Cousins went in the opposite direction. His camp reached out to the Warriors about a one-year, $5 million contract — the mid-level exception. The idea was for Cousins to rebuild his value on a team that didn’t need him, and the Warriors would be happy to take whatever production they got from Cousins.

Just like that, the Warriors had an All-Star starting five.

As a result of having a star-studded roster, the Warriors have sacrificed some depth. But they’ve still done well in adding key contributors to their bench. 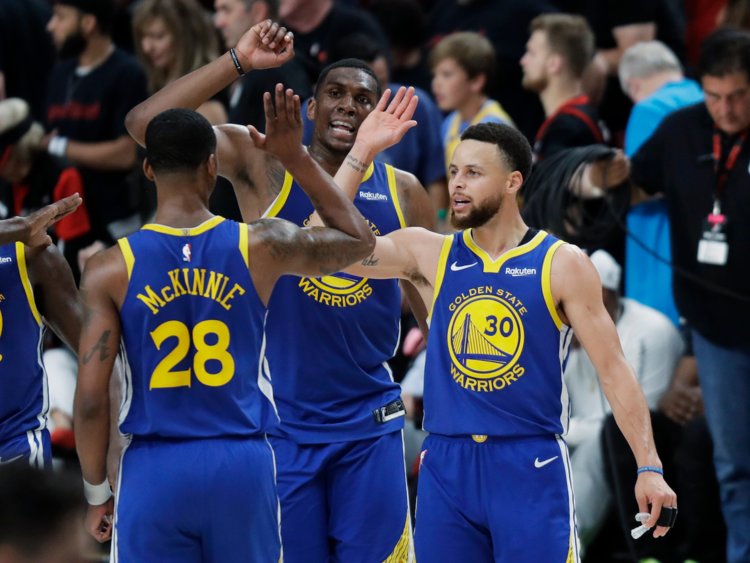 The Warriors took Kevon Looney with the 30th pick in the 2015 draft. He’s been a revelation in the playoffs, providing the Warriors with effective minutes at center in place of the injured Cousins. 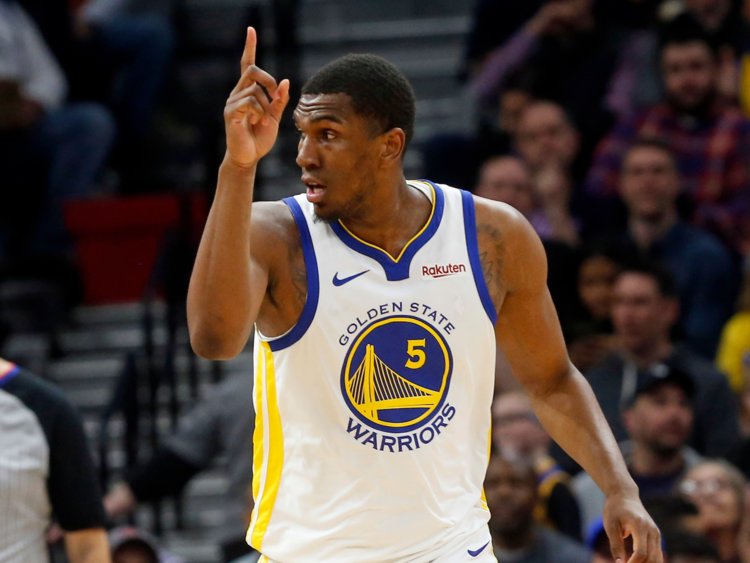 Alfonzo McKinnie has been another revelation for the Warriors. The 6-foot-8 wing went undrafted, played in the G League and briefly with the Raptors last year, before joining the Warriors. He’s been a consistent, productive member off the bench. 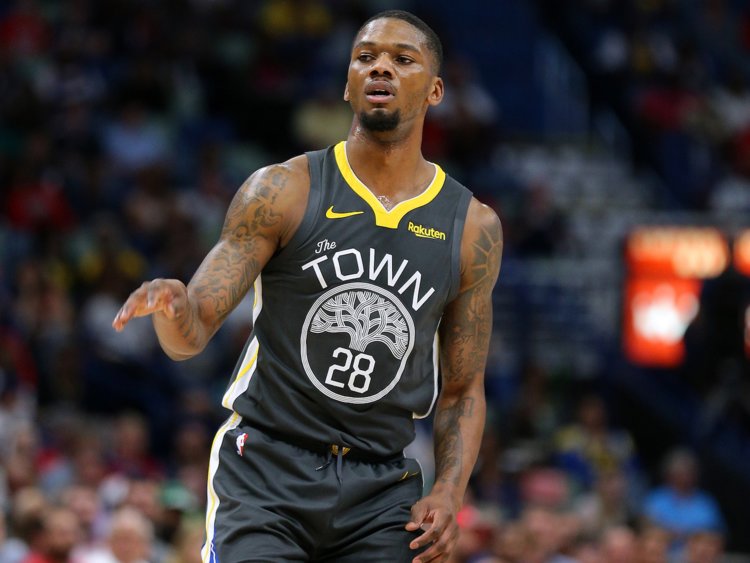 Backup guard Quinn Cook went undrafted. He was waived five different times before landing with the Warriors in 2017. He’s averaged 7 points on 41% three-point shooting the last two years for the Warriors. 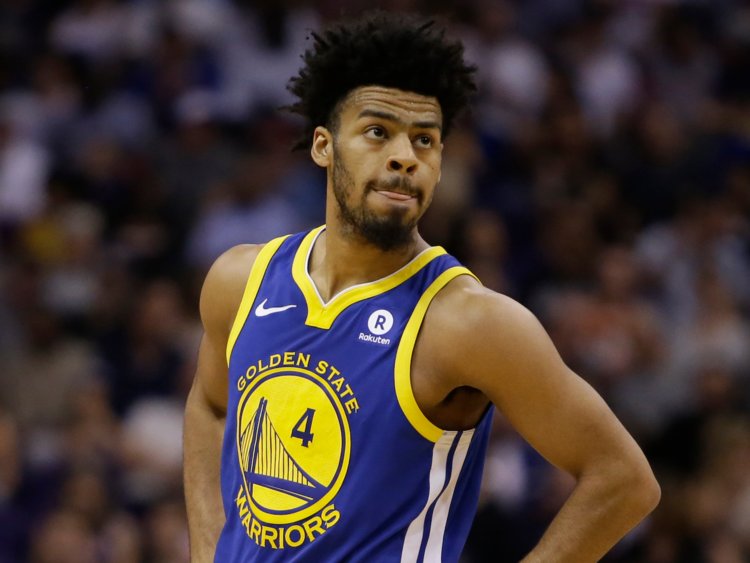 The Warriors traded cash to the Chicago Bulls for Jordan Bell in the 2018 draft. He has seen his role fluctuate but has looked promising at times. 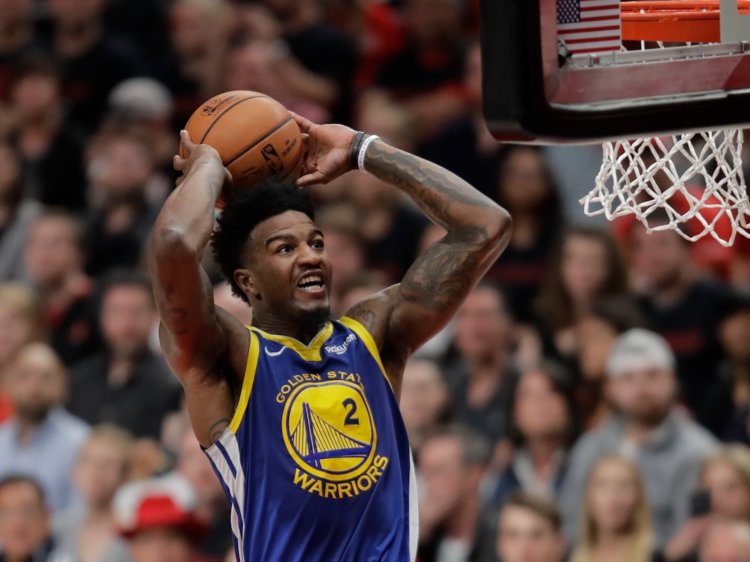 And Bogut re-joined the team this year after briefly returning to Australia to play professionally. 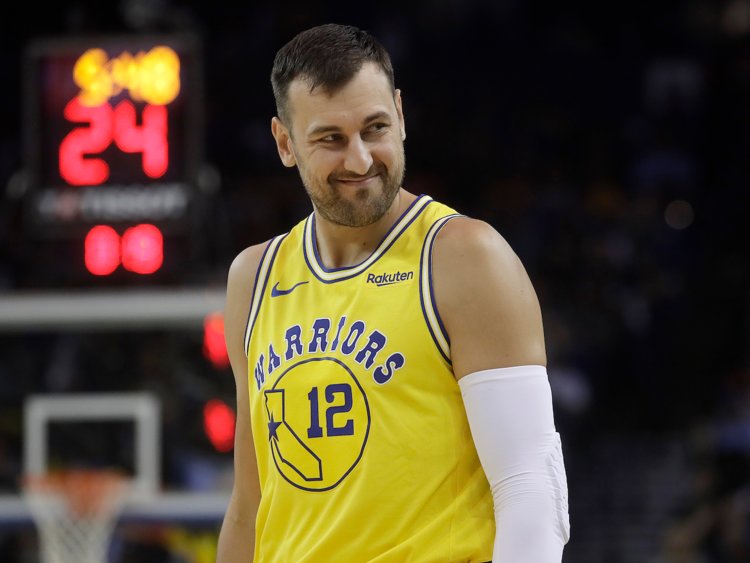 There is some belief that this could be the last Finals run for these Warriors. 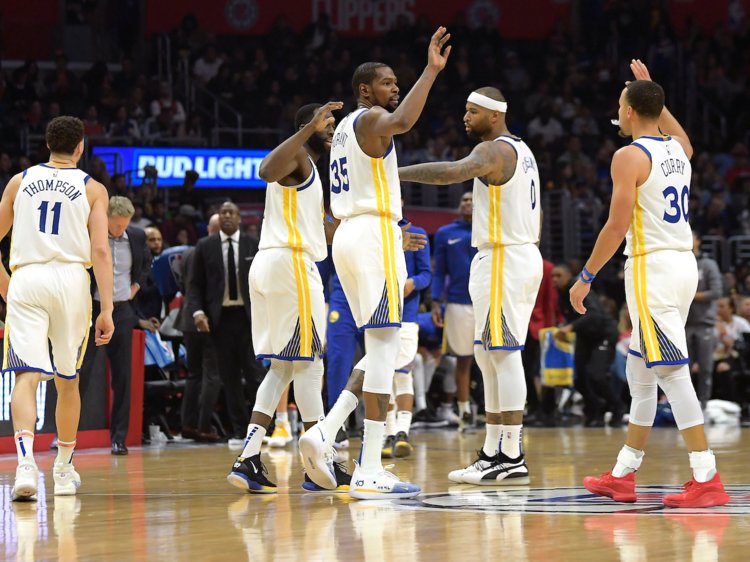 Keeping the team together will be somewhat tricky, as salaries have caught up with the Warriors. In 2017, Curry signed a five-year, $200 million deal, a reward after years of being underpaid. 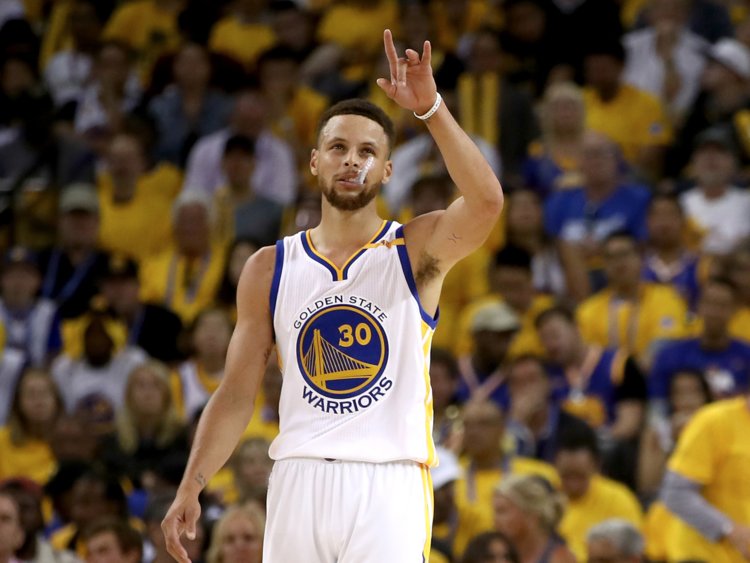 Kevin Durant and Klay Thompson are both free agents this summer. Thompson is looking for a max contract, while the NBA world believes Durant may leave the Warriors in free agency. 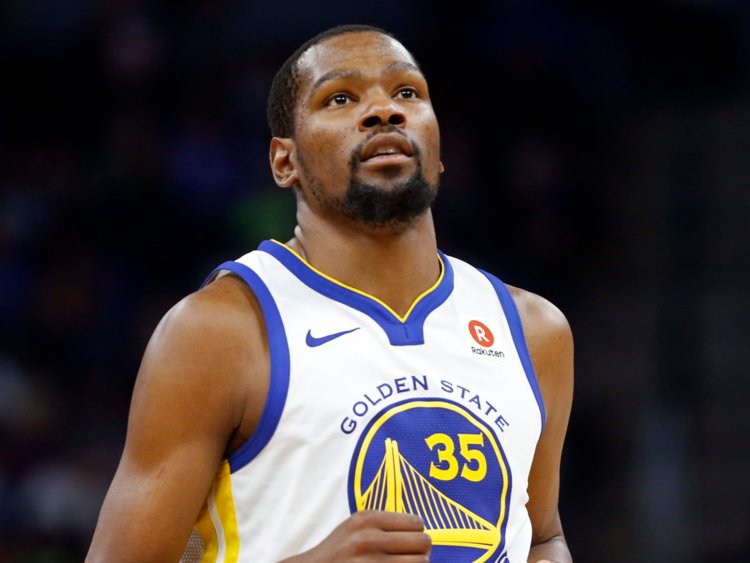 Green is only one year away from free agency, and there is a belief the Warriors may try to sign him to an extension this offseason as well.

If the Warriors win the 2019 NBA Finals, their third in a row and fourth in five years, they’ll truly be one of the greatest teams ever assembled. It’ll be a long time before we see a team like this again. 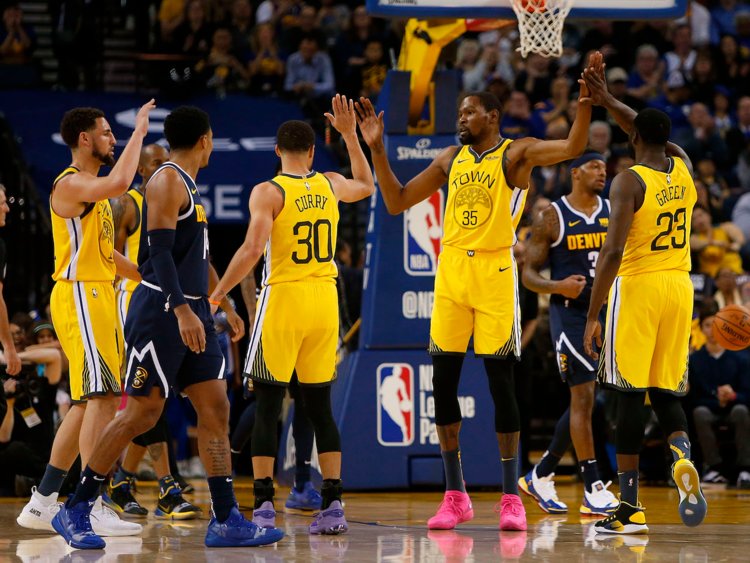 Now, learn how the Warriors’ Finals opponent was built… 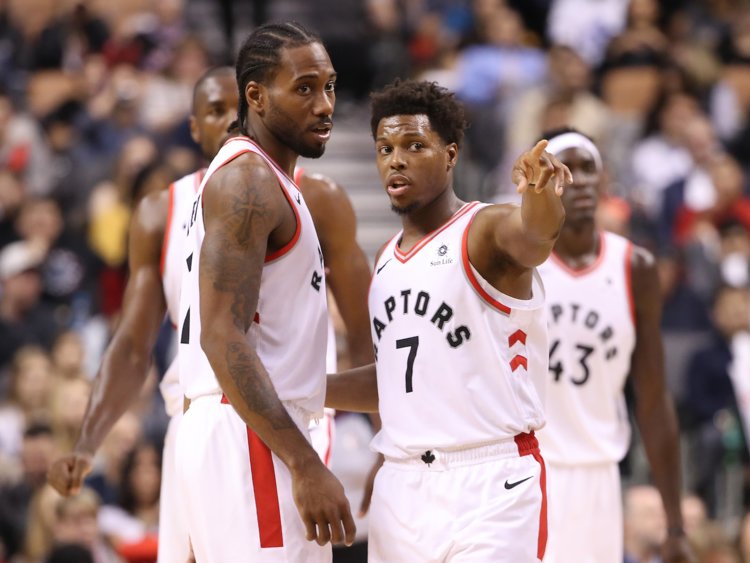