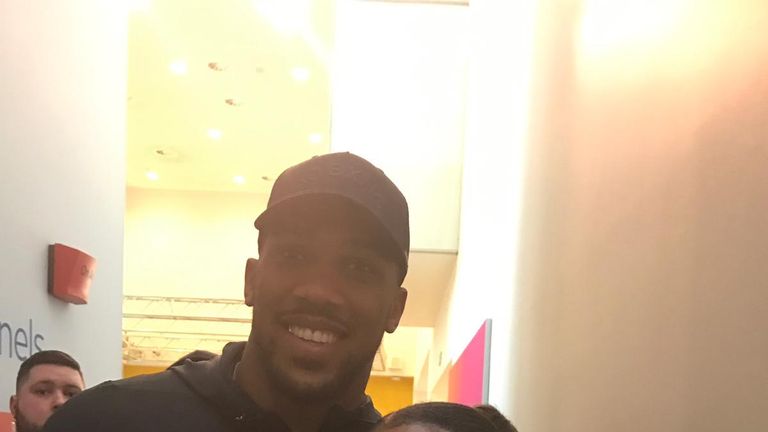 When your usual job involves racing along a track at 25mph and being very, very active, spending five days a week at a desk could be a bit of a chore.

Although GB sprinter Imani Lansiquot found it tough having to still for so long, a week’s work experience at Sky was nothing but a thrill….

Especially as it involved meeting one of the world’s top heavyweight boxers and England’s rugby stars. Imani explains….

Being a sporting household, the SSN channel is often on at home by default thanks to my dad, yet I was astonished at the round-the-clock work and the immense team of people behind the delivery of Sky’s sporting news and entertainment.

It was an amazing opportunity seeing the different departments working behind the scenes and my first day I was with the planning and production teams.

They were organising the following day’s itinerary, ensuring every clip shown on SSN was slick, the live interviews were timed correctly and overall, the format of the news focused on the most entertaining stories of the day. 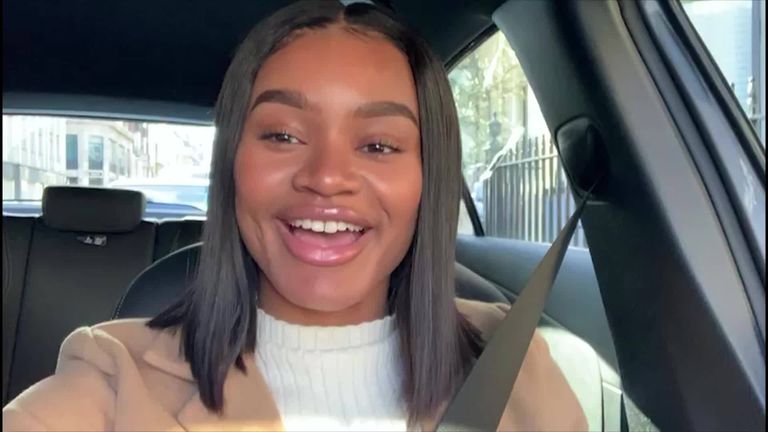 There was so much sporting information to cover in one day and I learned very quickly that the cooperation between the input teams (planning) and the output teams (production) was integral, as they had to cover each story without missing anything out.

My favourite part of the day was visiting the famous gallery downstairs, where the atmosphere was buzzing and electric, as they kept up with the live nature of the channel.

The directors and producers in the gallery string everything together to produce seamless viewing for the audience.
My second favourite part of the day was meeting Anthony Joshua, which was amazing.

One of my favourite days was having an opportunity to see all the skills I learned on Monday come into action. I worked with Anton, who was the producer for probably my favourite program on SSN – Sportswomen.

I spent the majority of my time in the gallery and watched the entire production of the live show from start to finish. I watched how the team dealt with small mistakes, how they managed live guests and also how they ensured all the information fed back to the presenters was calm and clear.

I also spent time with the floor managers and camera crew, and felt very welcomed by James, Toni and the team who showed me how to move the cameras across the set and get the perfect shots. 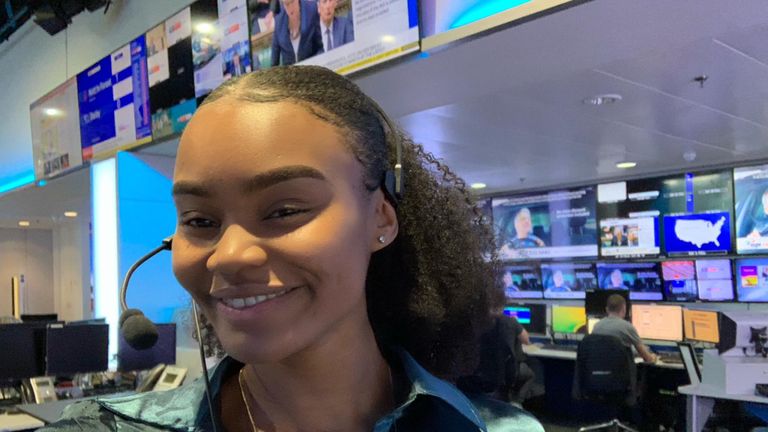 The director Darren also got the best angle of me with my poster on the car park – his professional eye was amazing!

My final day was spent in Oxford shadowing SSN reporter James Cole while he interviewed some of the England rugby players. This environment was extremely different to that in the studio, as I spent most of my time around journalists.

I’m used to being on the receiving end of an interview, so it was really insightful to see how reporters angle their questions and prioritise what information they want before the interview.

James was helpful in briefing me exactly what he would talk about with each interviewee, so I felt even more engaged and involved in the process.

Overall, I had a lot of fun and I am really grateful to Sky for giving me my first taste into the working world.