DIEGO GODIN looks set to join Cagliari from Inter Milan, according to reports.

The Uruguay international only signed for Inter last summer and still has two years left to run on his deal at the San Siro. 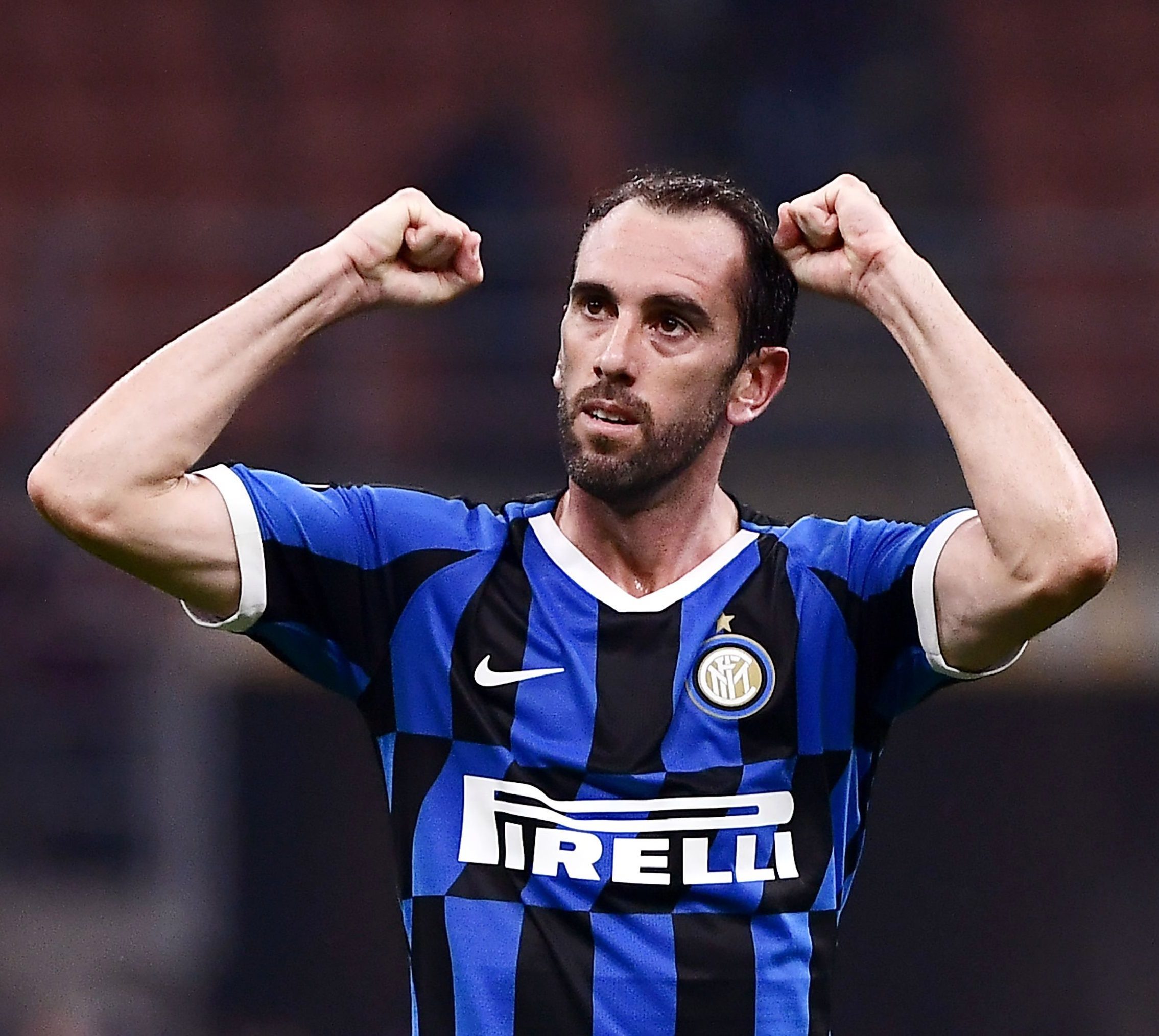 But CalcioMercato say the 34-year-old will sign a three-year deal at Cagliari, worth £2.3million per year plus bonuses.

With Inter looking to shift Godin's large wages by moving him on, the agreement will also see them pay £1.4million of his wages for his first season in Sardinia.

French side Rennes were also interested in the ex-Atletico Madrid stalwart but he appears to have settled on a move to the Rossoblu.

Finishing touches on the deal are expected to be completed in the coming days.

Everton, Manchester United and Tottenham had all been linked with moves for Godin in recent months.

Despite playing every minute of the Nerazzurri's end-of-season run to the final of the Europa League last month, Inter boss Antonio Conte does not see Godin as part of his plans for the new season.

The emergence of 21-year-old defender Alessandro Bastoni has lessened the need to keep an ageing Godin around.

Godin played just 23 times in Serie A last term but finished the season with 36 appearances in all competitions.

Cagliari also enquired about re-signing Radja Nainggolan after the former Belgium international spent last season on loan at the club but Inter have tentatively decided to keep the controversial midfielder around.

END_OF_DOCUMENT_TOKEN_TO_BE_REPLACED

END_OF_DOCUMENT_TOKEN_TO_BE_REPLACED
Recent Posts
We and our partners use cookies on this site to improve our service, perform analytics, personalize advertising, measure advertising performance, and remember website preferences.Ok