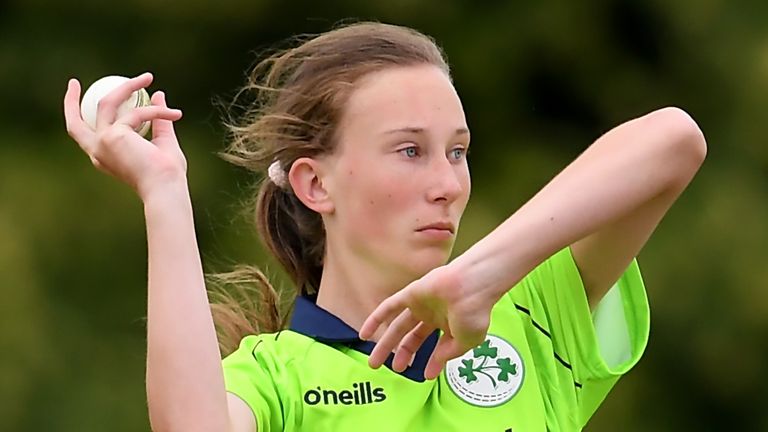 Teenager Orla Prendergast rocked Scotland Women’s top-order with 2-7 to spur Ireland Women to a 41-run win in the third T20, at Stormont.

Prendergast, 19, bowled openers Becky Glen and Sarah Bryce as Scotland slipped to 13-2 after being set a victory target of 135.

Skipper Kathryn Bryce played a near-lone hand in the chase, her unbeaten 45 making her one of only three players to reach double figures as the visitors subsided to 93 all out in 19 overs.

The collapse came after Bryce’s side were rolled over for 76 inside 17 overs in the second match of the series on Tuesday.

Leah Paul (2-12) and Cara Murray (3-18) were also amongst the wickets for Ireland, who had earlier posted 134-8 after choosing to bat first.

The result leaves Ireland with an unassailable 2-1 lead in the series with just the fourth and final T20 to be played at Stormont on Thursday.