Home » Sport » Jesse Lingard is the man to save under-pressure Solskjaer not Cristiano Ronaldo or Bruno Fernandes, say shock stats

Jesse Lingard is the man to save under-pressure Solskjaer not Cristiano Ronaldo or Bruno Fernandes, say shock stats

OLE GUNNAR SOLSKJAER is feeling the pressure after a tough run of results for Manchester United – so can Jesse Lingard save him?

Cristiano Ronaldo notched the vital goal against Villarreal in midweek to provide only a second win in five games. 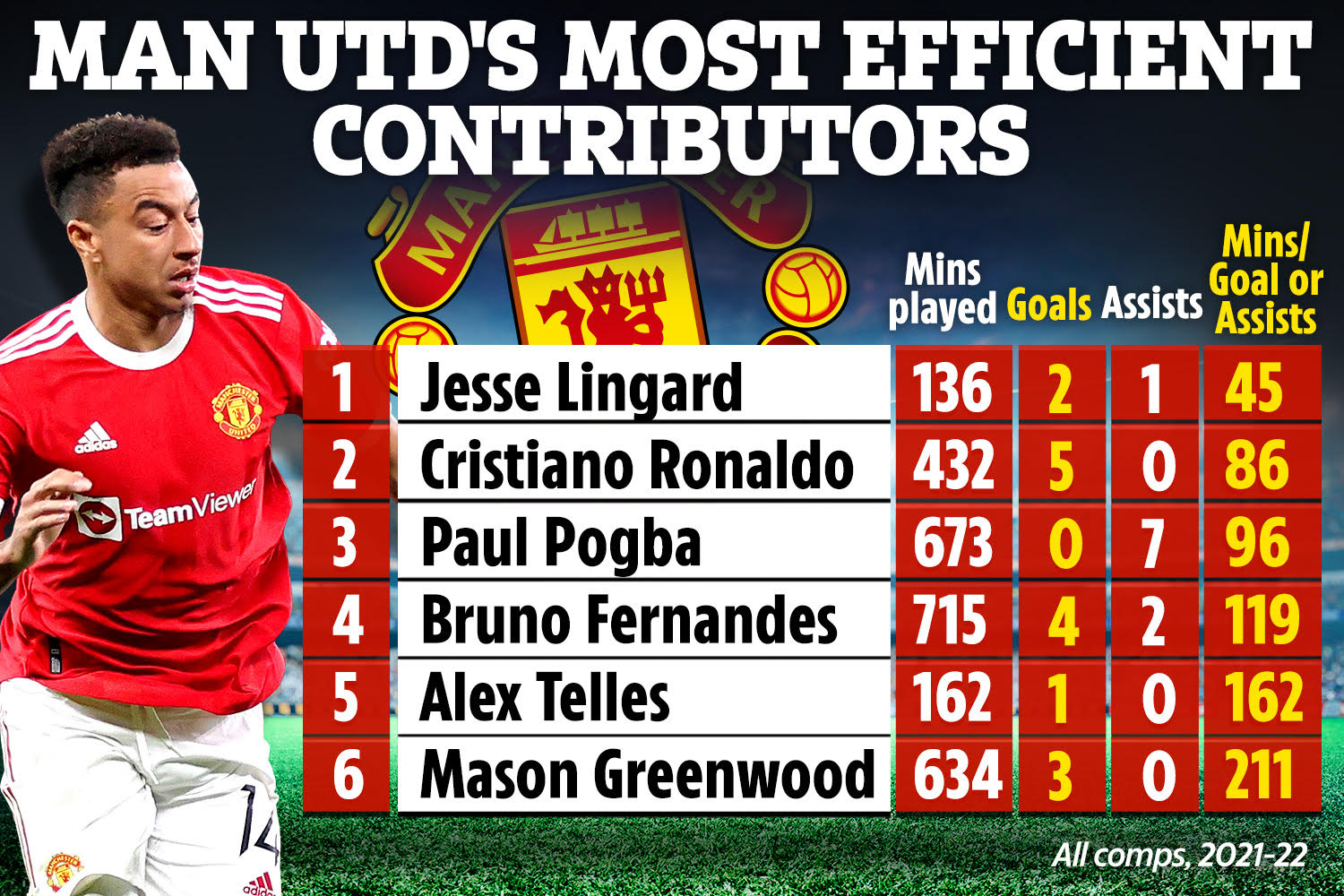 But, having been denied a winner of his own by a great save, it was super sub Lingard who set up the magical moment with a smart knockdown.

And the 28-year-old is United's most efficient contributor following the early weeks of the season.

After only 136 minutes of action he has two goals and an assist, helping his team score every 45 minutes he is on the pitch.

These include the Premier League matchwinner against West Ham last month and Tuesday's assist, plus the sealer against Newcastle.

All of these moments came off the bench for Lingard, who also played well in his lone start against the Hammers in the League Cup.

The stats suggest that hitting the back of the net has not been a huge difficulty for the Red Devils this season.

Ronaldo has registered at a rate better than a goal-a-game since rejoining while Paul Pogba has contributed seven assists, averaging one every 96 minutes.

Fernandes, who missed a critical penalty against Aston Villa, still has four goals and two assists.

Among the players yet to get firing are Anthony Martial, Jadon Sancho, Juan Mata and Edinson Cavani, although the Uruguayan has only played 46 minutes this season.

Lingard is also among the Premier League's most efficient scorers.

Brentford's Marcus Forss tops the list thanks to his tally of five League Cup goals with Roberto Firmino completing the top three.

One of United's biggest issues has been conceding untimely goals, although Lingard takes the blame for gifting Young Boys their late strike. 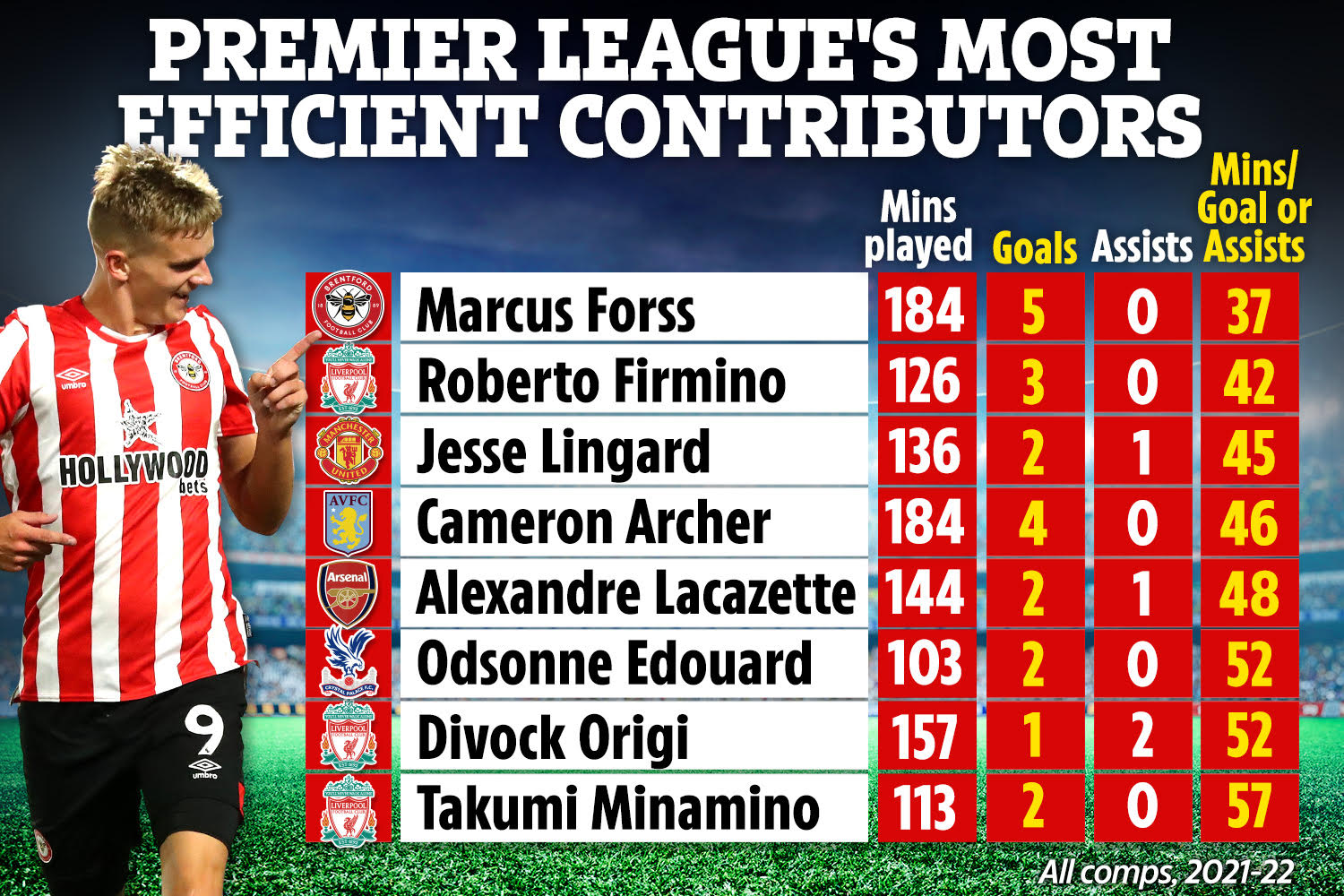 Everton travel to Old Trafford on Saturday with the England star hoping to earn a start, having earned a fresh call-up to the national team squad.

Solskjaer admitted after the Villarreal victory that Lingard is 'unhappy' with his super-sub role.

He told reporters: "Jesse is unhappy at not playing more.

"But you come on and make an impact. That’s what you do when you’re a sub at this level."