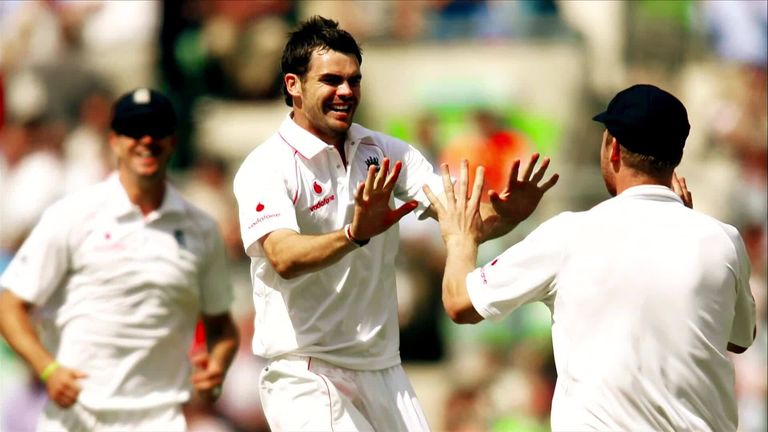 Anderson, 38, is in line to overtake Sir Alastair Cook’s mark of 161 Test appearances on Thursday when England and New Zealand contest the second Test at Edgbaston.

The achievement comes nearly two decades after Anderson made his debut in 2003 under captain Nasser Hussain, who will interview the seamer on Sky Sports ahead of the start of play.

Some 616 Test victims later, Root says he’s in awe of England’s leading wicket-taker of all time.

“It will be a very special occasion to witness,” Root told Sky Sports.

“To see someone break that record is huge; for him to do it as a fast bowler in particular, just shows his skill level and the longevity of his ability over a period of time.

“His fitness levels, his desire to keep going and to keep putting his body through that – and what a great player for young guys to come in and learn off as well, to talk to about fast bowling and the art of swing bowling.

“So it’s going to be a fabulous occasion in many respects and one that I’m very much looking forward to.” New Zealand’s seam ranks are likely to be bolstered by the return of Trent Boult, who was initially due to miss the England series following a post-IPL break.

However, the 31-year-old has completed his mandatory isolation period after joining the squad last week and brings with him a wealth of experience earned from 71 caps.

“He’s very experienced now and he’s got experience of bowling in the UK with the Duke’s ball as well. Of course, his record speaks for itself and we’ll have to find ways of countering his threat. 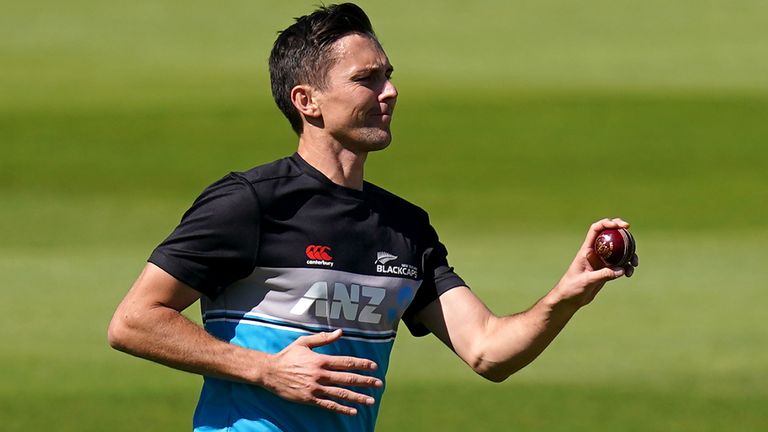 Boult told reporters that this match and the inaugural ICC World Test Championship final against India are very much on his radar after a short break.

“I’ve had the luxury of continually playing cricket all through the New Zealand summer as well as the IPL, so I haven’t really stopped apart from a couple of isolation periods there in between,” he said.

“But the body feels good and I’m excited at the prospect of playing a couple of Tests.

“I don’t think I can go to a Test match and I can only do X, Y and Z. So now I’m here to play the full part and really looking forward to it.”

Watch day one of the second Test between England and New Zealand, live on Sky Sports Cricket and Sky Sports Main Event from 10am on Thursday.