JUSTIN GAETHJE left Michael Chandler a bloody mess in a thrilling opening fight to the UFC 268 main card – before BOTH fighters were taken to hospital. 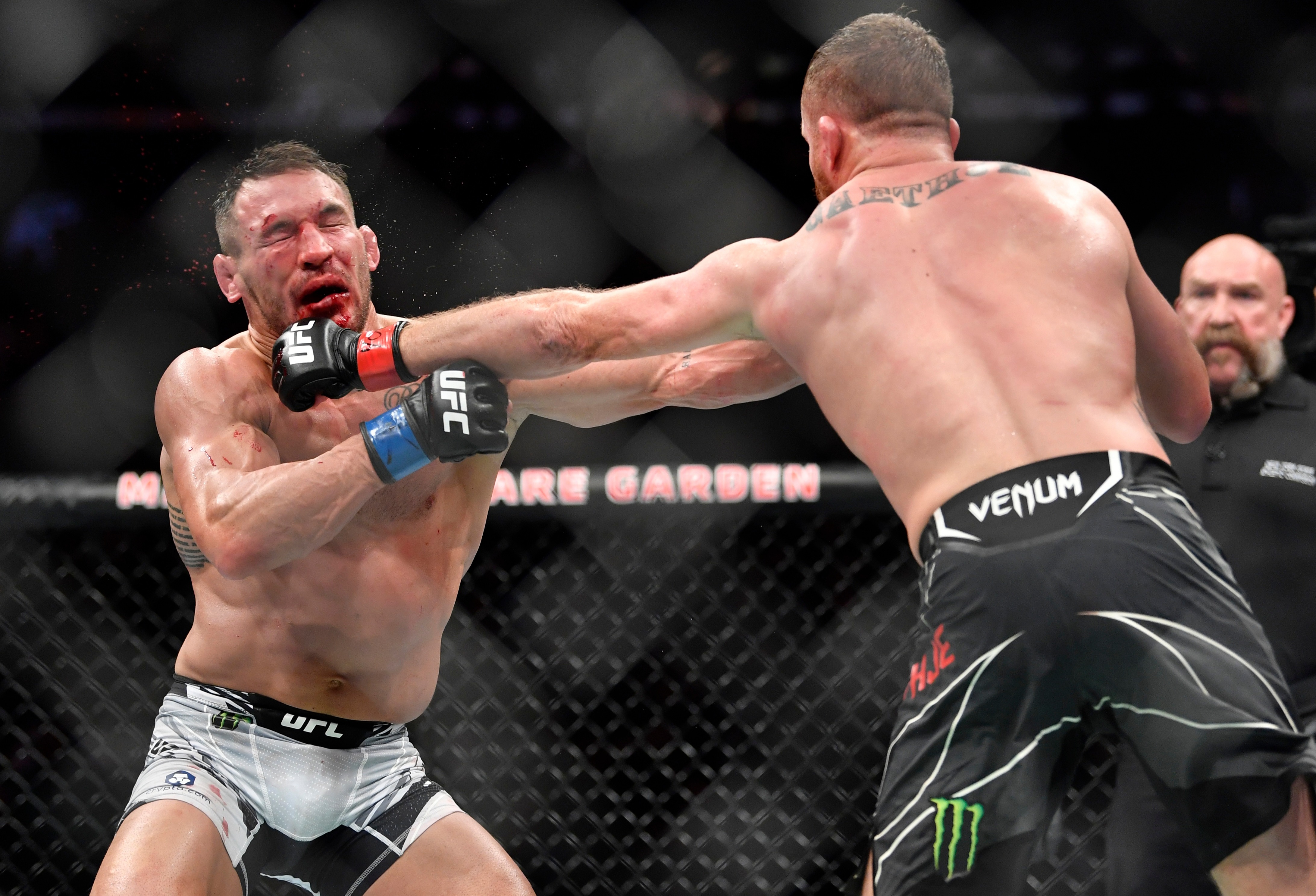 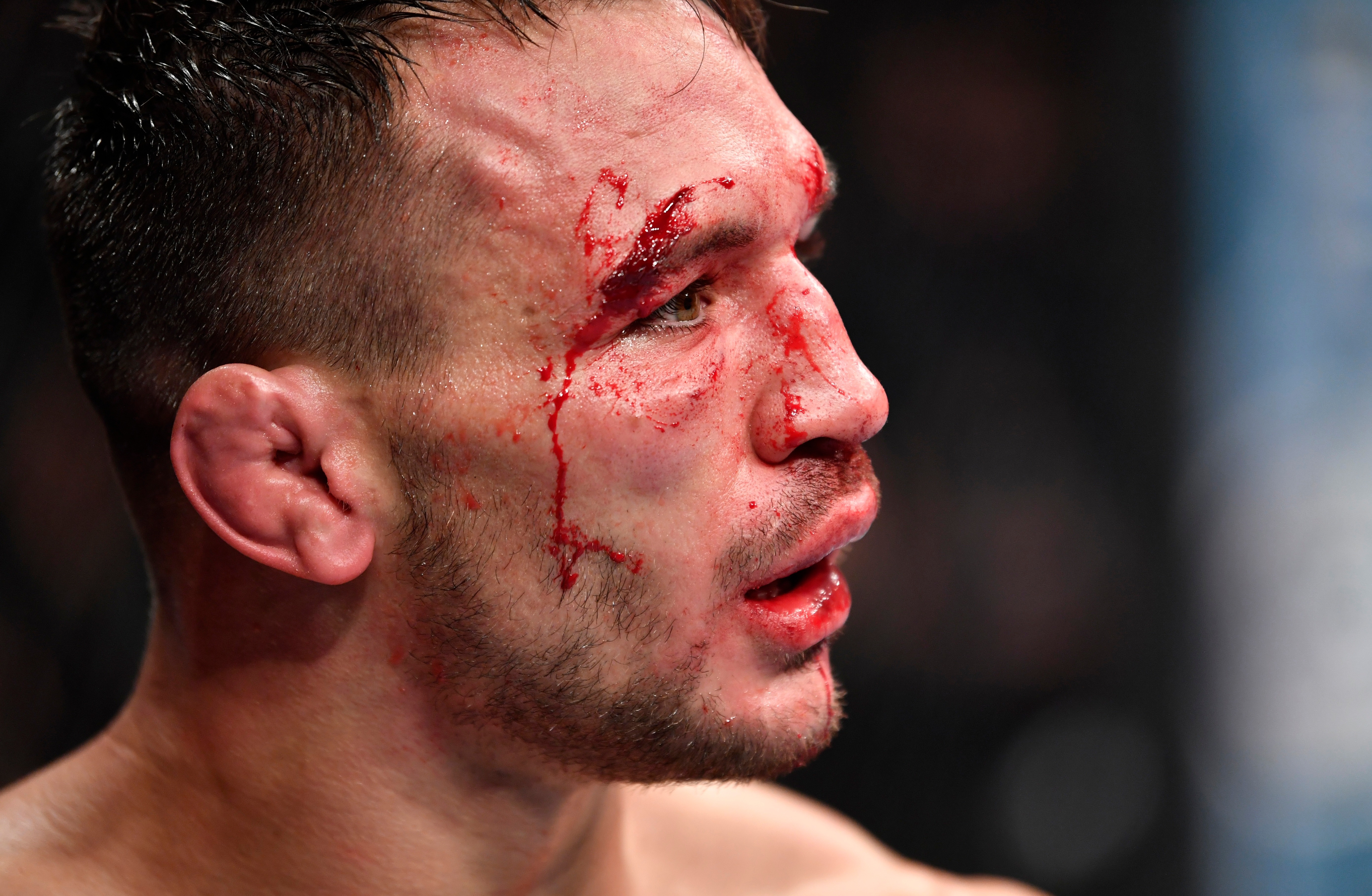 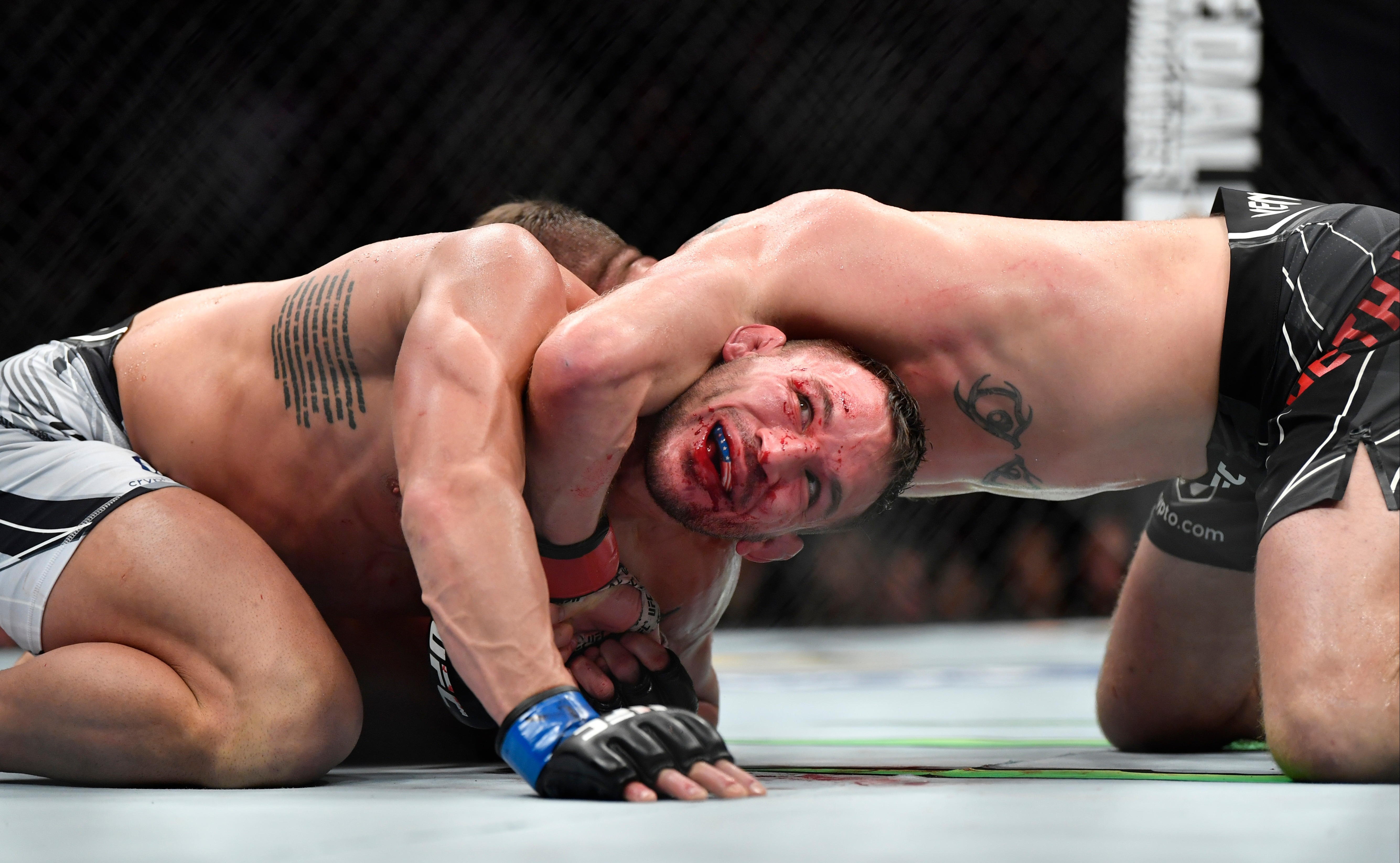 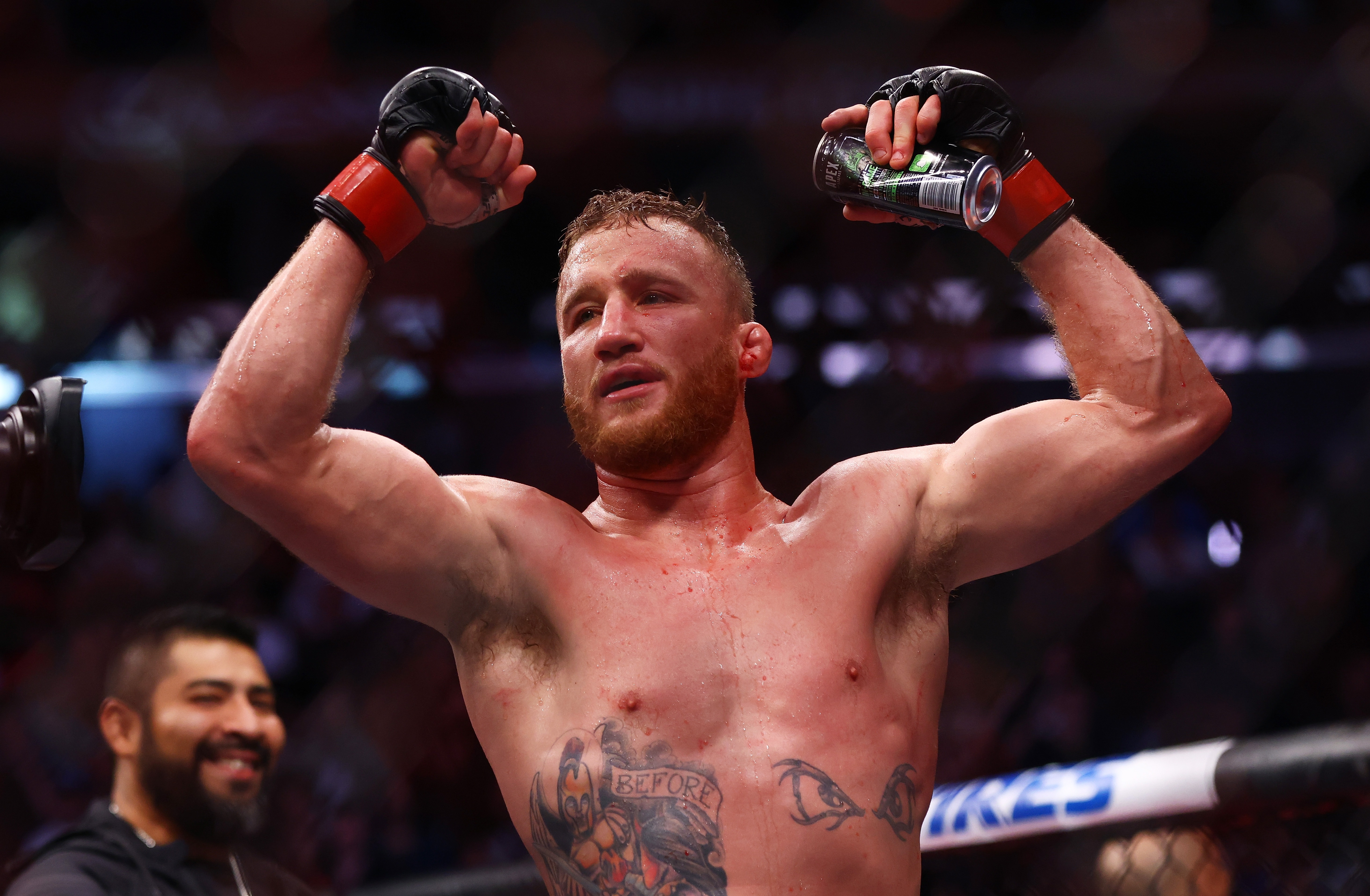 But there were no post-fight interviews from the two warriors as they were rushed to hospital.

It was some way to start the main part of the UFC 268 card.

Both men came out throwing bombs, Chandler landing the more powerful shots but Gaethje wasn't a shrinking violet in the exchanges.

Chandler's face was a bloody mess at the end of the first, and he seemed surprised Gaethje was matching him in the middle of the octagon.

The start of the second saw Chandler seemingly off-balance on his lead leg.

Just under two minutes into the round and Gaethje floored Chandler with a vicious shot, but somehow the 35-year-old grabbed the legs to prevent the ref stepping in. 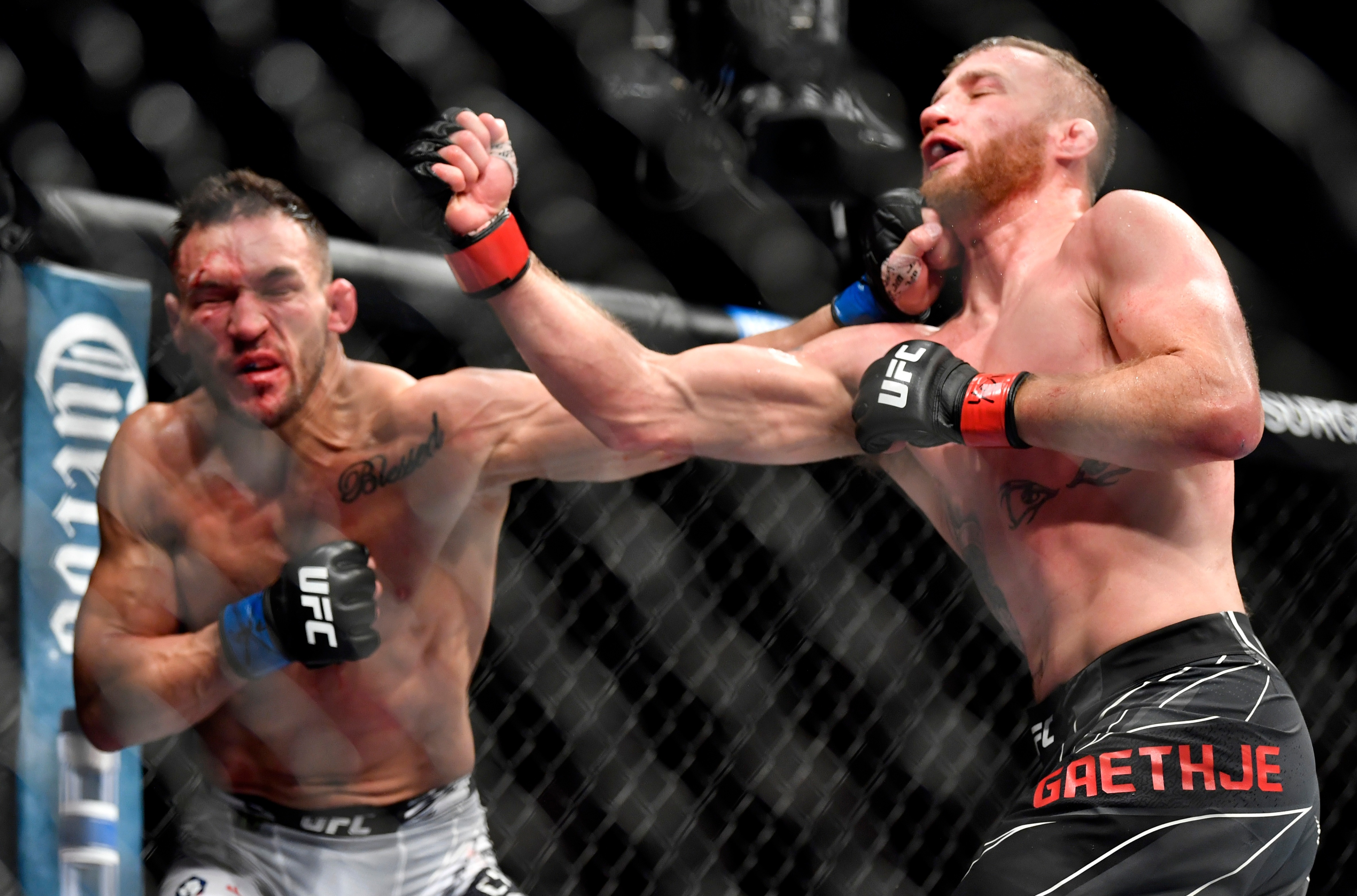 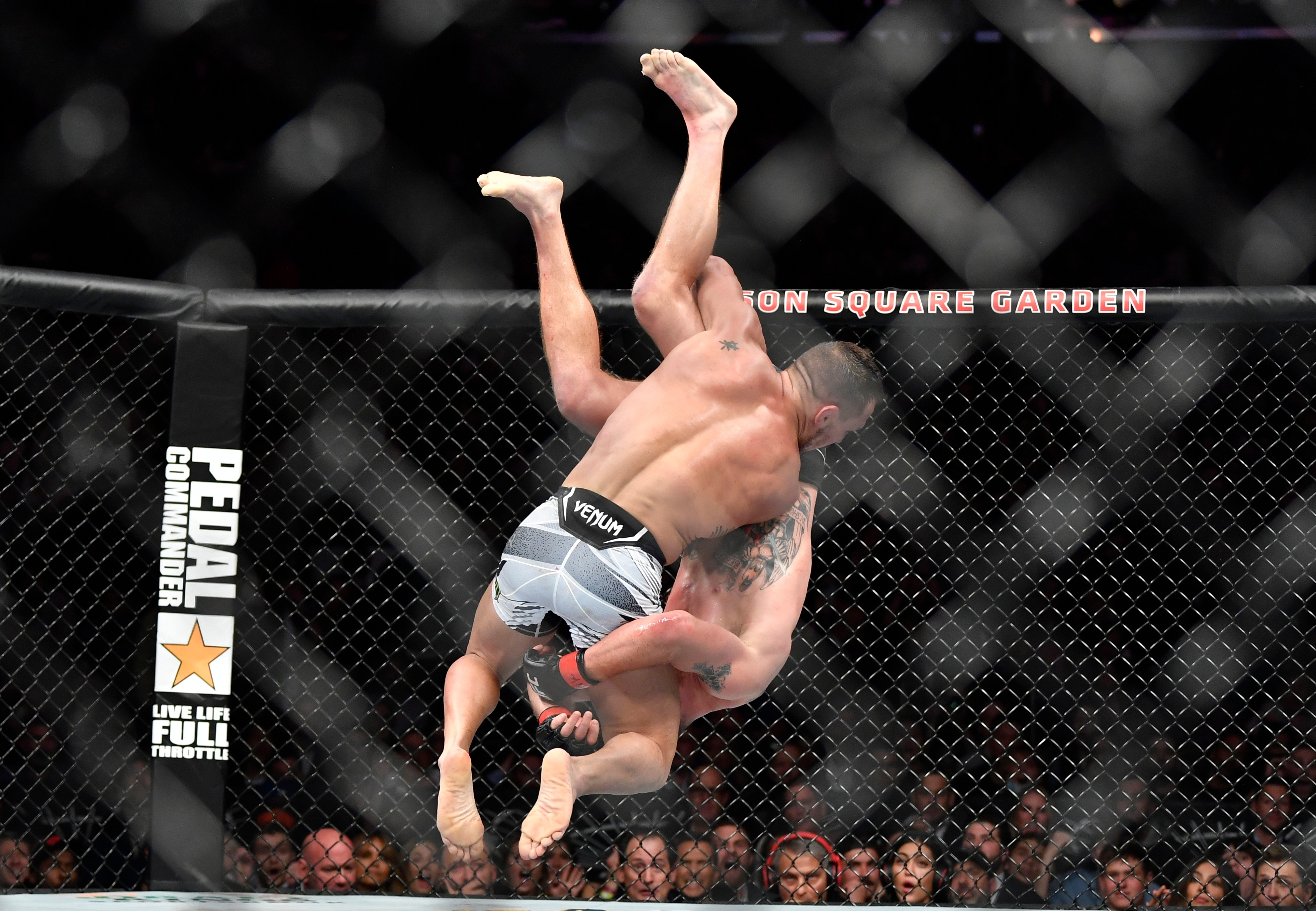 The end of the round finished in a bit of controversy, with Chandler seeming to catch Gaethje with a finger in the eye – then landing a big hook.

Most in attendance in were surprised both men made the third such was the ferocity and energy shown.

Chandler's leg was seizing up notably – but it was the bloody pouring out of numerous cuts that caught the eye.

Unsurprisingly, the pace had slowed, but Chandler decided to play up to the crowd, trying to unnerve his opponent.

But Gaethje, who broke Tony Ferguson's impressive win streak, was wise to it and kept up his work to get the points win. 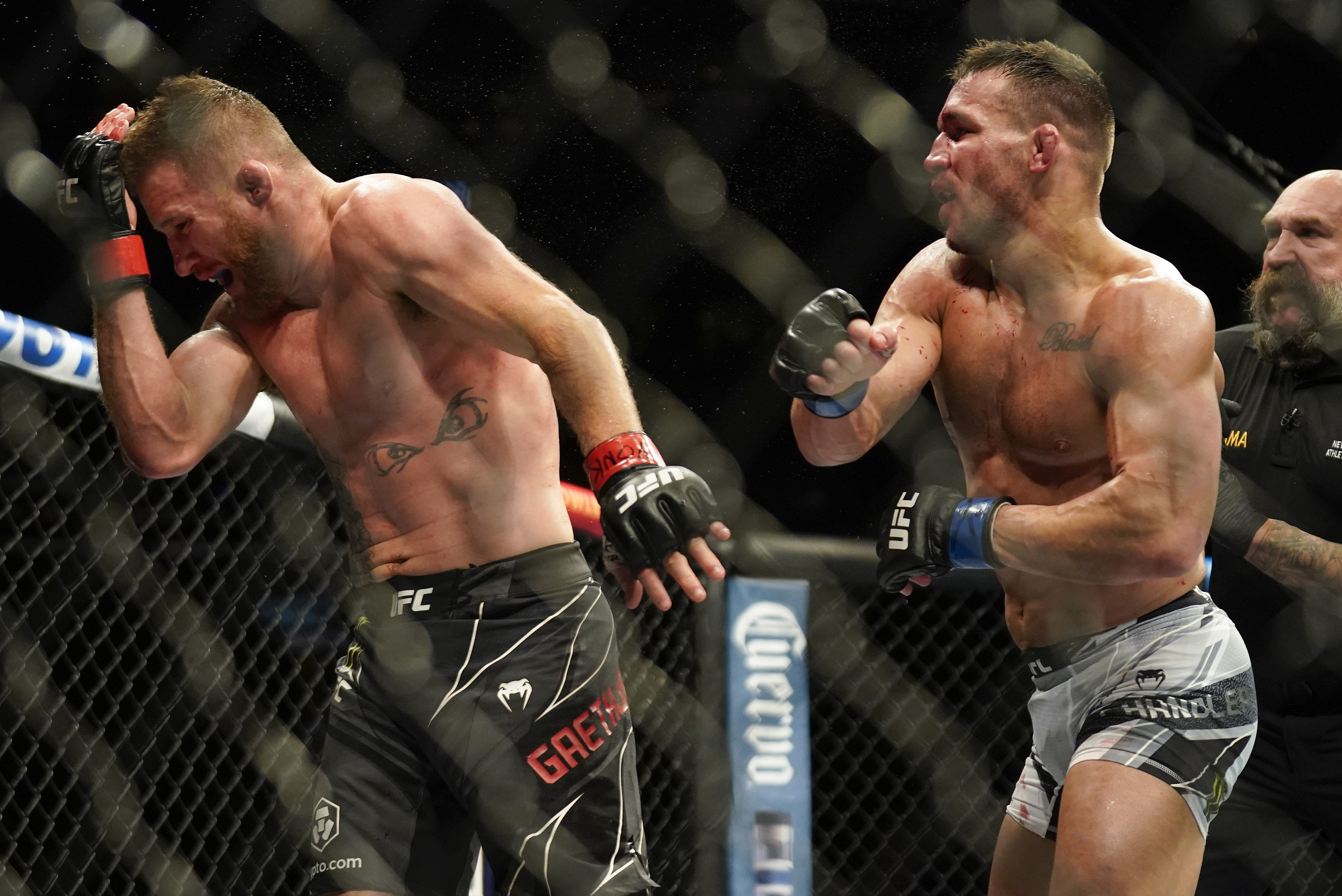