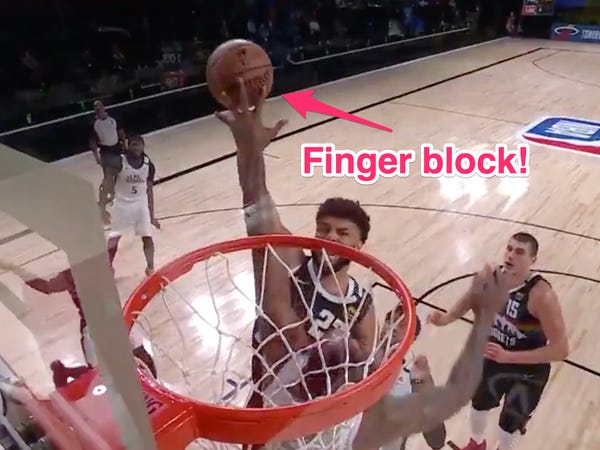 As the Nuggets attempted to mount a comeback trailing 109-103 in the final minutes of Game 3, Murray drove hard to the basket and elevated. He was met mid-air by Leonard, who blocked what would have been the most devastating dunk of the season using just his middle finger.

It was a jaw-dropping display of defense that might have Leonard massaging his knuckle a bit through the night.

On Twitter, fans were floored by Leonard's finger strength.

Following Leonard's block, the Clippers defense locked in and ultimately held off the Nuggets' final push, with Los Angeles winning Game 3 113-107 to take a 2-1 lead in the series.

Game 4 is scheduled for Wednesday, with all 10 of Kawhi's fingers expected to be in action.

END_OF_DOCUMENT_TOKEN_TO_BE_REPLACED

END_OF_DOCUMENT_TOKEN_TO_BE_REPLACED
Recent Posts
We and our partners use cookies on this site to improve our service, perform analytics, personalize advertising, measure advertising performance, and remember website preferences.Ok