LEWIS HAMILTON has hailed his right-hand woman behind his on-track success.

Physiotherapist Angela Cullen started working with the world champion at the start of the 2016 season. 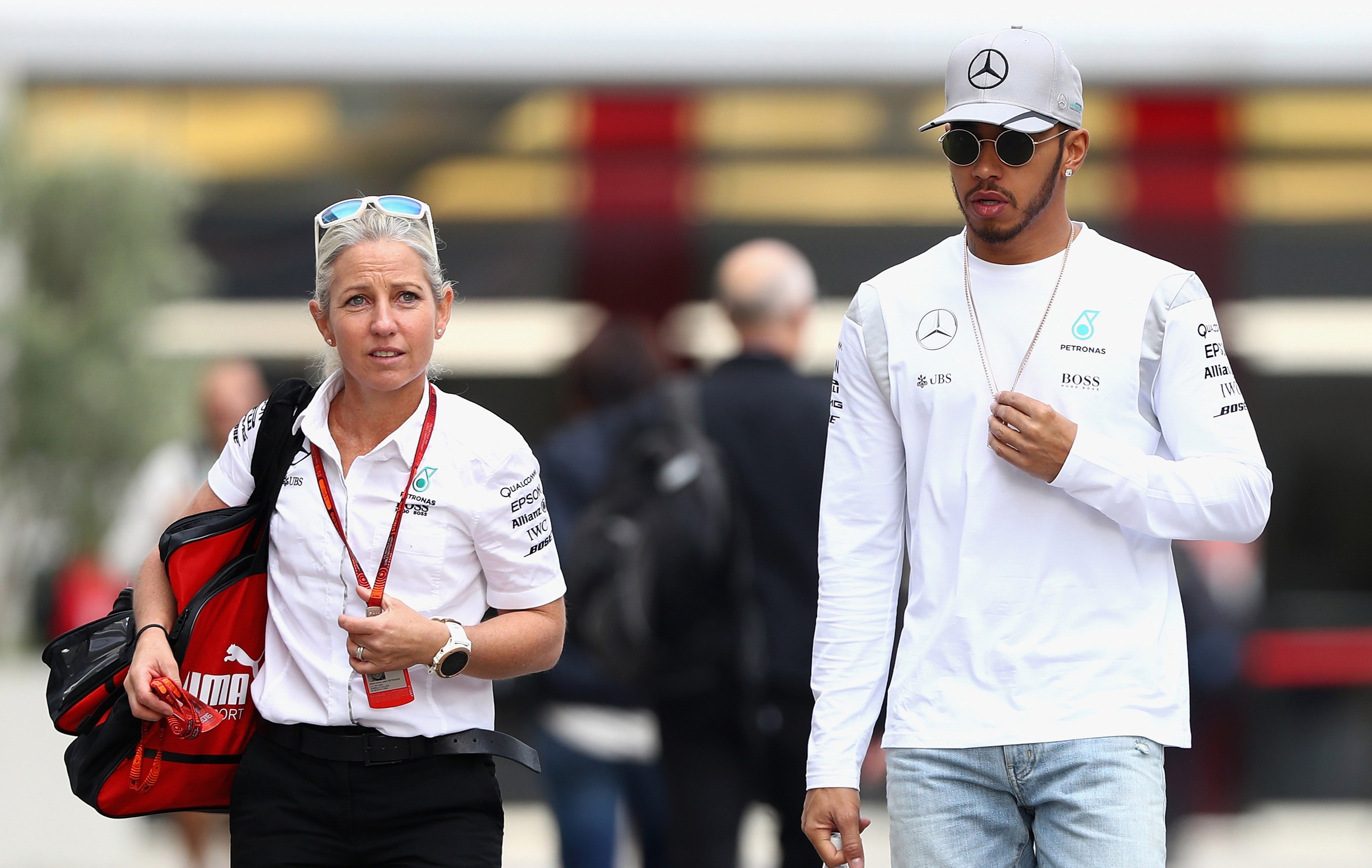 The New Zealander is not only Hamilton's physio, she is also one of only a handful of people he implicitly trusts.

She is an ever-present at the F1 track, has a room in Hamilton's motorhome and is responsible for encouraging him to turn to a plant-based diet.

Their lives are so entwined that Hamilton recently hailed her as "one of the greatest things that's happened" to him in his life.

He said: "People for sure won't understand it because they see it from a distance.

"But she has been one of the greatest things that's happened to me in my life.

"I've been fortunate to work with a lot of people… and she's the single hardest-working woman that I get to be around.

"She's focused, selfless, and she makes my weekends peaceful.

"Every day I wake up, whatever time it is, she's just positive — never a single day has she been negative, so that's very, very important.

"You need to be around people who can do that for you, and she's one of them."

Hamilton has lived a solitary life away from races during the coronavirus pandemic.

Already a known germaphobe, he has taken no risks. There have been no unnecessary overseas trips, infact, going out for dinner has been out of the question.

It means that he has spent even more time with Cullen and is grateful for her company.

He added: "I've never really been home [before]. In my winter, I go to the mountains [in Colorado], which I really see as my main home, because it's a house and it's full of love and memories from people, the family that come every winter.

"Where I live in Monaco, it's been somewhere I go back to and I'd call home but it lacks those memories. I'd be there for short periods of time. So it's not been the easiest.

"Thank God for Angela. I mean, she's got a family and I've tried to get her to go home to her family as much as possible.

"It's not easy to spend time with anyone, I think, for long periods of time, but we're room-mates and, you know, pretty much best of friends.

"We're very much aligned in terms of things we like to do. We are both on a plant-based diet, so we're learning a lot together, and there's things I raised that maybe she didn't know, and vice versa."