Lineker admits he used to duck out of headers in training

Gary Lineker is not sure whether it was the sight of boxers being put on to the canvas with phenomenal blows to the head which led him to make the instinctive decision.

Or perhaps the fact that the old training balls which were re-used at Leicester City dozens of times over would lose their plastic surface, exposing the porous leather which soaked up water. Either way, he had stopped heading footballs in training sessions by the early 1980s.

‘I’d done a lot of heading when I was young,’ he tells Sportsmail. ‘We did a lot of training and crossing exercises at Leicester when I was 18 or 19. I can’t remember any specific moment that made me start to change but I did start to think.’ 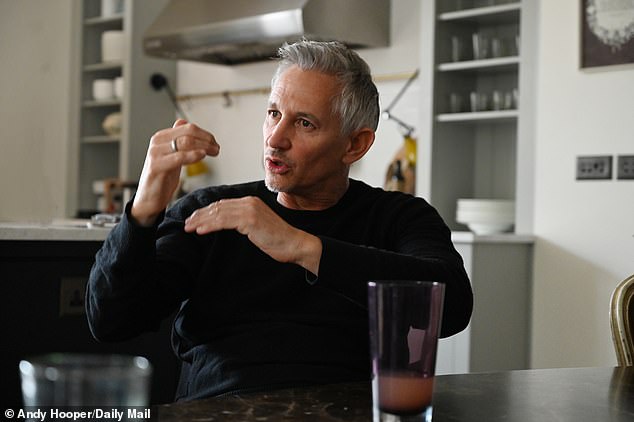 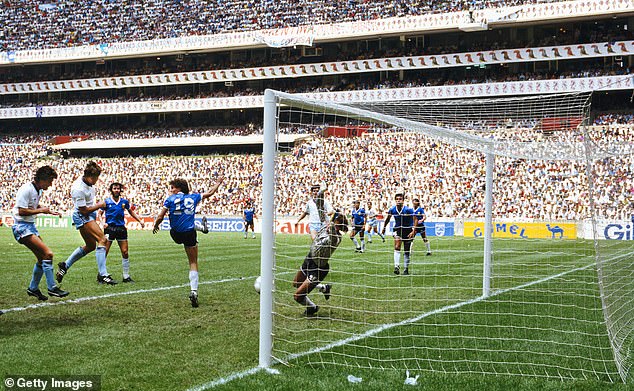 The balls were certainly lighter than the old laced-up ones that the generation which preceded him — Sir Bobby Charlton, Nobby Stiles and Martin Peters — would have headed.

‘But even when we played, we didn’t have new balls in training every week and they’d get claggy with water and heavier and heavier the more you used them. When you did sometimes head one on a wet day, you’d think, “Christ!”,’ says Lineker.

The defenders suffered the heaviest blows to the head. They actually used to practise heading balls coming out of the sky from goalkeeper’s clearances at Leicester, back in those days. Lineker took various evasion strategies to avoid these missiles.

‘I wasn’t particularly tall and you didn’t want the thing landing on the top of your head,’ he says.

‘So I used to let the centre halves have those. You’d back into them while they watched them come down and then lunge forward and get a free-kick.’

For a player who avoided headers, he didn’t do so badly. Though Terry Venables and Bobby Robson were perfectly happy for him to use his feet in England training, he scored 15 of his 48 England goals with his head.

That is more than any other player since detailed records were kept and eclipses Wayne Rooney and Charlton, the only two who have scored more goals for England.

That, says Lineker, puts to bed any suggestion that heading is needed in training. ‘I agree with Chris Sutton that there’s absolutely no reason to be heading the ball in training,’ he says.

‘It’s just a matter of adapting the way you train but that can be done. Why do you need to practise heading anyway? You just take it on to your forehead and head it.’

He is self-deprecating about his propensity to avoid heading at all cost. His former Leicester team-mate Mark Bright — who also writes about his role in a vital brain research project — reminded Lineker about this recently. ‘I didn’t think anyone had noticed!’ says Lineker. 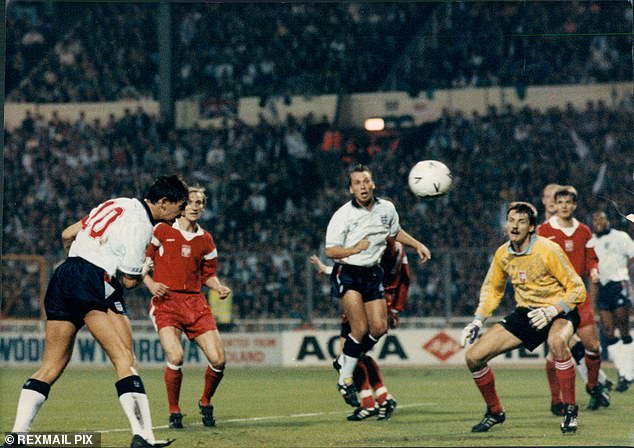 But he knows how it is to watch from close quarters the fraying of a close relative’s once sharp mind, with the irreversible changes and myriad sorrows that can bring to a family. 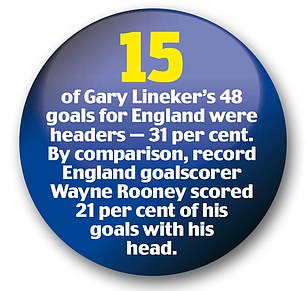 The relationship he had with his grandfather, Stanley Abbs, who served in the Italian campaign in the Second World War, was never the same, though they were together often through his struggle with Parkinson’s.

‘My grandfather was in the Army but a very good footballer, too,’ says Lineker. ‘He was in his mid-50s when he developed Parkinson’s. We didn’t think of why at the time.’

Abbs would always be there when Lineker ran out in games for Leicester City’s academy, in his mid-teens. Both of them felt the loss acutely when that stopped.

‘The illness affects every aspect of the life people have lived before,’ Lineker said a few years ago in a video for Parkinson’s UK. He has been drawing attention and fundraising for the charity since the late Nineties.

His realisation of the damage sport can inflict came when, while a Tottenham player, he was present to watch Chris Eubank fight Michael Watson at White Hart Lane in September 1991. The fight ended Watson’s career and left him brain-damaged. 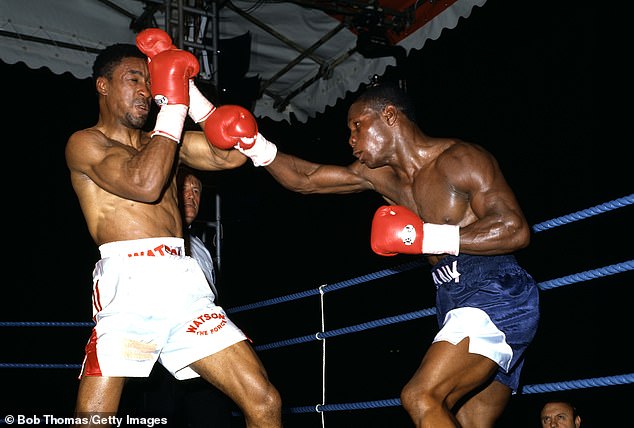 ‘I’d always been a mad keen boxing fan,’ Lineker says. ‘I’d watched a lot of fights in Leicester over the years. But that night affected me deeply. Here I was cheering something like that. I didn’t watch boxing again for perhaps 20 years.’

Now football is finally waking up to the fact that it is a sport which can cause grievous injuries, too, and for players like Lineker, from the generation which followed on from the boys of ’66, that brings understandable questions and concerns.

It is why he considers Bright’s work with Dr Michael Grey’s research project to be such an essential one. 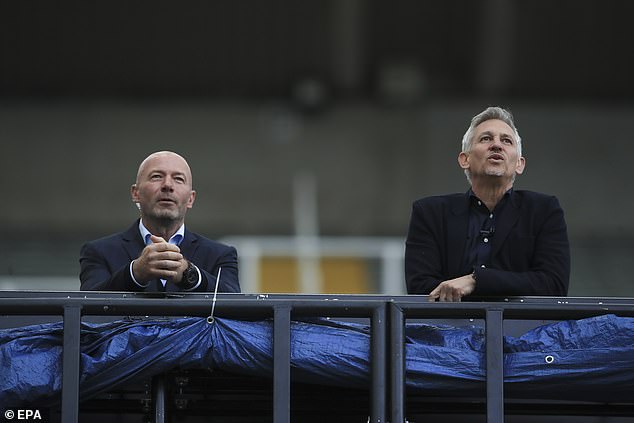 In the Match of the Day studio, Alan Shearer has spoken often of the issue since his documentary three years ago also revealed much about the game’s failure to wake up to the evidence which was all around. ‘It is disconcerting,’ says Lineker.

‘I’m obviously of the era that’s coming up behind that generation of players we’ve heard about and who have lived with this illness. The ones who were 10 or 20 years behind me. The statistics show a disproportionate number of footballers being affected compared to the general population.

‘It has to add up. We have to look at ways of limiting the risks and understanding more about the science. We have to make sure that the next generations are safer than we were.’