MANCHESTER UNITED boss Ole Gunnar Solskjaer has revealed forward Anthony Martial could be out for the rest of the season with a knee injury.

The 25-year-old was forced off with the problem while playing in a World Cup qualifier for France against Kazakhstan last week. 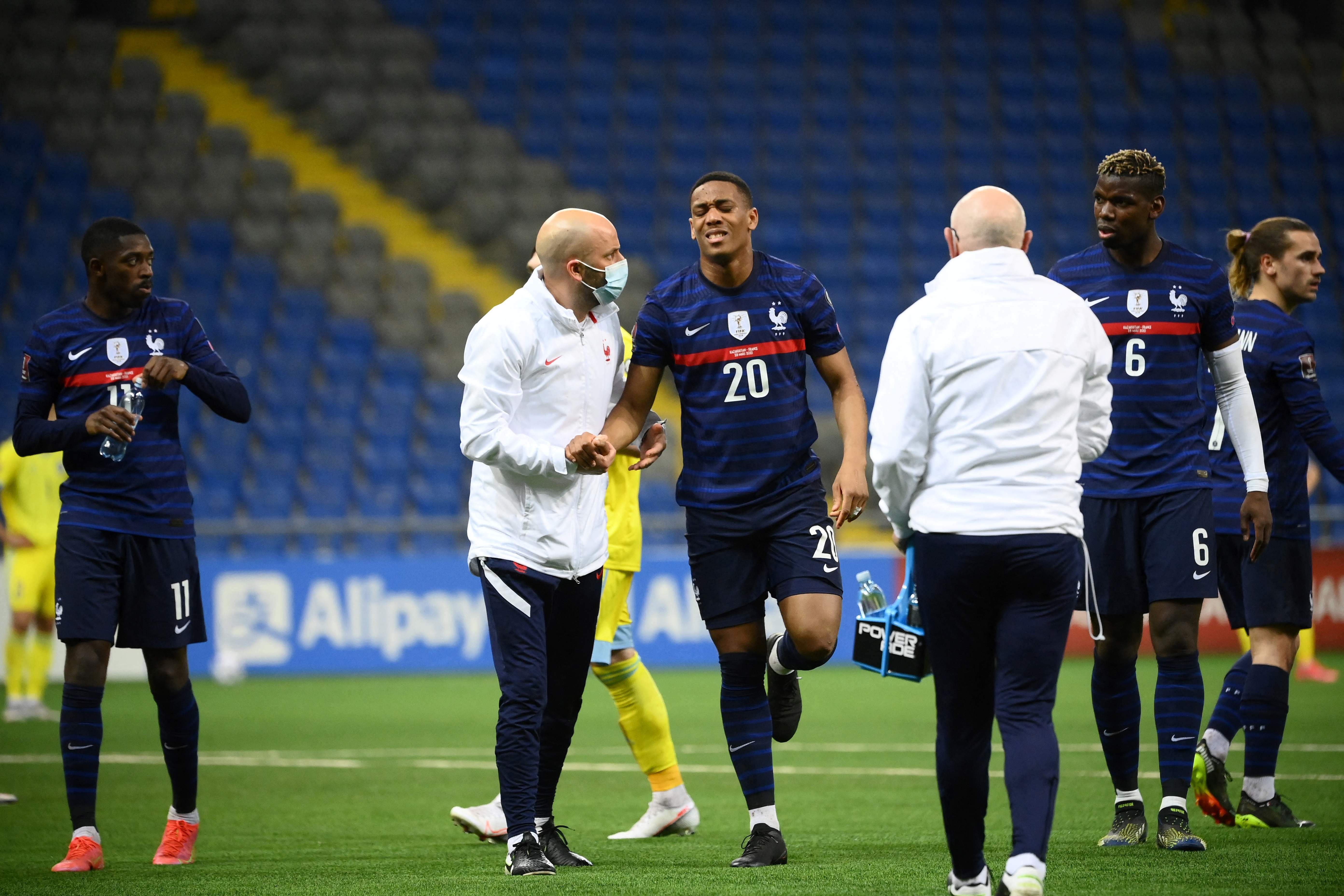 And while national team boss Didier Deschamps played down the severity of the injury, Solskjaer has now shockingly confirmed it is in fact much more serious than was first reported.

The Man Utd boss told MUTV: "Unfortunately, he sprained his knee with France.

"It’s always when they go away on internationals… you can keep your fingers crossed and hope they come back fit.

"Losing Anthony for what might be the rest of the season is very disappointing, especially when reports from there [France] was that it wasn’t anything serious but it looks a bad one."

Three days ago, Deschamps had given a totally different impression about how bad Martial's injury was.

"Anthony has a small issue on his knee. Nothing is decided yet," he said.

“He won’t be taking part in the training session a bit later.

“Anything serious has been dismissed. We’ve run some tests, but there’s still the pain, and having travelled as long as we have, that hasn’t helped.”

Expanding on the situation with BT Sport, Solskjaer added: "He sprained his knee with France and it looks like he’ll be out for a few weeks, definitely.

"But we hope to get him back before the end of the season, but we’re not sure."

Martial has scored seven goals in 36 appearances for Solskjaer's side so far this season.

The Frenchman's injury comes just as United welcome back Edinson Cavani, Marcus Rashford and Mason Greenwood from their own fitness issues.

After hosting Brighton, United then face Granada in the Europa League before a tough trip to Jose Mourinho's Tottenham.