Home » Sport » Man Utd verdict: Jadon Sancho looks a shell of a player under Ole Gunnar Solskjaer as he struggles in Watford homecoming

Man Utd verdict: Jadon Sancho looks a shell of a player under Ole Gunnar Solskjaer as he struggles in Watford homecoming

THIS was a sort of homecoming for Jadon Sancho at Watford.

But it is very hard to feel at home in the shirt of Manchester United right now – with the 21-year-old looking a shell of the player signed for £73m from Borussia Dortmund the summer. 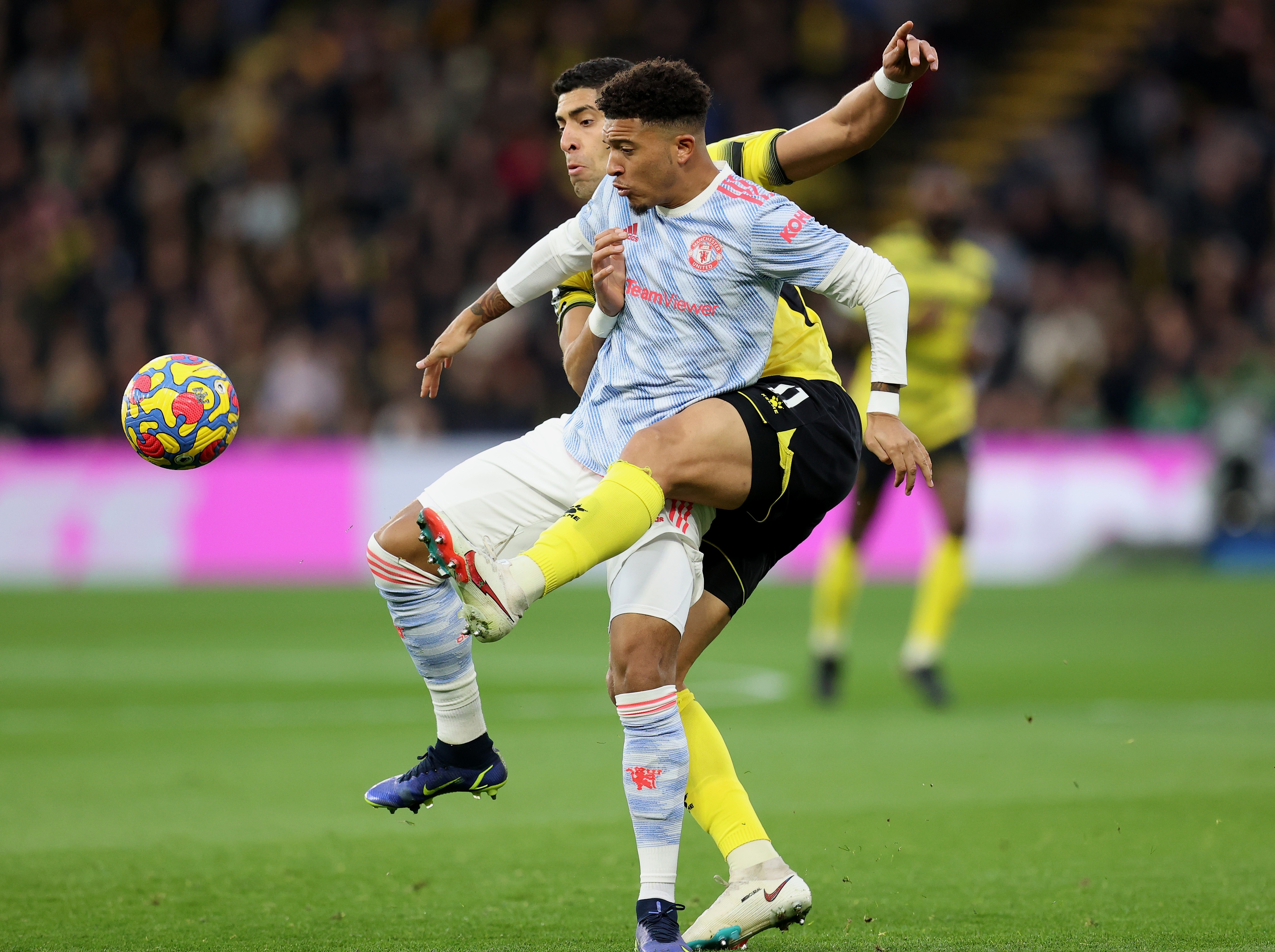 Sancho came through the Hornets academy aged seven before moving to Manchester City as a 14-year-old – and even then was destined for greatness.

He proved that in Germany with 50 goals in 137 games in all competitions over four seasons at Dortmund.

Yet since arriving at United back in July, that youthful exuberance, admirable arrogance for someone so young and ability to embarrass opponents has been sucked out of him.

Zero goals and zero assists so far – with United today losing 4-1 at Watford.

He is not the only one to be affected under the chaotic and miserable reign of Ole Gunnar Solskjaer.

But Sancho’s regression stands out more than most, and stands as a reminder of the key failures from Ole’s time at the club.

The Norwegian coach’s big decisions both on and off the pitch simply haven’t paid off – and it appears he will soon pay the price for it with the axe.

Sancho simply hasn’t been given the chances or the platform to shine in a United team that have been crying out in recent years for someone of his talent and calibre.

This was just his fourth start of the campaign – and he had previously played just 54 minutes in his preferred right-wing role before finally getting a start in that role at Vicarage Road.

But that decision had all the hallmarks of a desperate roll of the dice by Ole, one that failed to have the desired effect as Sancho’s return was anything but spectacular.

Not that Sancho can be blamed too much.

Yes, he was at fault in a defensive capacity for both Watford’s goals, but in attack his frustrations were visible facially with a lack of structure and ideas around him.

Even when Ole called him over to the touchline for a chat on 36 minutes, Sancho looked none the wiser as to what he had been asked to do.

When he was finally given service out on the right, he set-up Donny Van de Beek’s goal back in the 50th minute with a perfect cross towards Cristiano Ronaldo.

His cut inside and whipped delivery with 15 minutes left then almost earned his side the equaliser before being subbed off for Jesse Lingard in injury time.

Give this kid consistent opportunities to shine and he will do so, but even a footballing great in Ronaldo struggles to impose himself in this pathetic United side of Ole’s.

For Sancho’s sake, change in the dug-out could not come soon enough.