Manchester Thunder ready for 2021 with proven stars and talented hopefuls Having missed out on the chance to defend their Vitality Netball Superleague title, Karen Greig is ready to unleash the next wave of Manchester Thunder youngsters on the competition in 2021, alongside an established core of stars she was delighted to keep in the north-west.

Thunder were among the busiest teams on the Vitality Netball Superleague’s signing deadline day, announcing the return of Malawi internationals Loreen Ngwira and Joyce Mvula, alongside three returning England Roses.

Eleanor Cardwell, Laura Malcolm and Amy Carter are currently on duty with England in New Zealand but all three will be in black and yellow for next season and Greig, who doubles as director of netball and head coach, is delighted to have the squad done and dusted.

“We are so proud of them. It’s been incredibly difficult times for everyone during lockdown but I have seen the work the three of them have been putting in to make sure they were going back into England camp in July in as best form as possible,” Greig told Sky Sports.

“There was a five/six-minute period where they [our Roses] were all on the court together and that was great to see them out there. To see them on the court playing was phenomenal.

“It’s exciting times for us to know that we have got three players who are back in our squad that we know can really step up on the international stage.

It’s certainly a fantastic Friday so far…..think We can defo call @joycemvula1 an adopted Mancunian …. so happy to have this queen back! 💛🖤 https://t.co/PS3z4cDKqY

“There was a period of time where we were all sat at home not really knowing what was going to happen, whether the Superleague season would finish, whether there would be another type of competition so it’s been great to get to this point.”

Thunder had been sitting pretty at the top of the Superleague table with a perfect start to the defence of their title when the coronavirus pandemic halted the season.

Once the season was cancelled, Greig and the team immediately set their sights on locking in a group of players who will still be defending champions when the 2021 campaign gets under way.

Superleague’s plan is for the new season to begin in February, and, after a busy day of announcements, Thunder now have their squad to knuckle down through pre-season.

“The signing window is the most stressful period for any coach, and the franchise owner, so to have the squad in place and to have been going through our return to training programme is great,” said Greig. 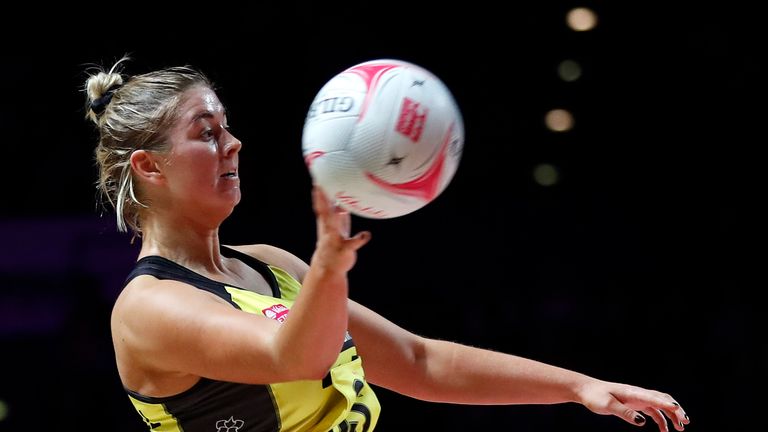 We also have players who are performing so well domestically, and on the international stage that there is the threat that ANZ Premiership or Suncorp Super Netball teams might come in for them.

“It’s super exciting and now I can’t wait to have all my players back together. We missed our Roses for the whole of pre-season so far and our Malawi Queens have been back in Malawi. I am hoping that by the end of November we will be able to get everyone back and gelling in the Thunder way.”

The Thunder squad is not without changes, though, as Kerry Almond has retired, Ash Neal has returned to Australia and Kathryn Turner will miss the season as she is pregnant. That has offered an opportunity for the franchise to do what they do best, promote their talented young players.

Berri Neal and Lois Pearson are the latest players to step up to the full squad, while Alicia Scholes, Ella Standring, Emilia Roscoe, Millie Sanders and Elia McCormick have all been named as training partners for the new season.

Greig, a former pathway coach and graduate of the system herself, believes the time is right for the latest batch of talented young players to get their chance

“The way we work at Manchester Thunder is that we like to keep the core of our squad together, so it was crucial to do that,” she said.

“Ultimately, we appreciate that each year there may need to be slight changes, but if we can keep the core of the squad together and develop young players from our pathway system around them, it’s key.

“It’s key to keep that squad together and with such a fantastic pathway programme, that we are seeing the benefit of.

“I felt like it was a fantastic opportunity for us to be able to bring our youngsters through and alongside that strong solid group of players that have been with us for a few years there is no better time than this season to move forward and start developing the youngsters and get them in the team for our future.”

Live netball continues on Sky Sports with the Vitality Roses’ third Test against New Zealand. Join us live on Sky Sports Main Event, Arena and Mix from 6am on Sunday.

END_OF_DOCUMENT_TOKEN_TO_BE_REPLACED

END_OF_DOCUMENT_TOKEN_TO_BE_REPLACED
Recent Posts
We and our partners use cookies on this site to improve our service, perform analytics, personalize advertising, measure advertising performance, and remember website preferences.Ok