MARCUS RASHFORD has insisted he will be back on the pitch for Manchester United before this season is over in a bid to help them claim a top-four spot.

The England striker, 22, faces the possibility of missing this summer's Euros with a stress fracture in his lower back. 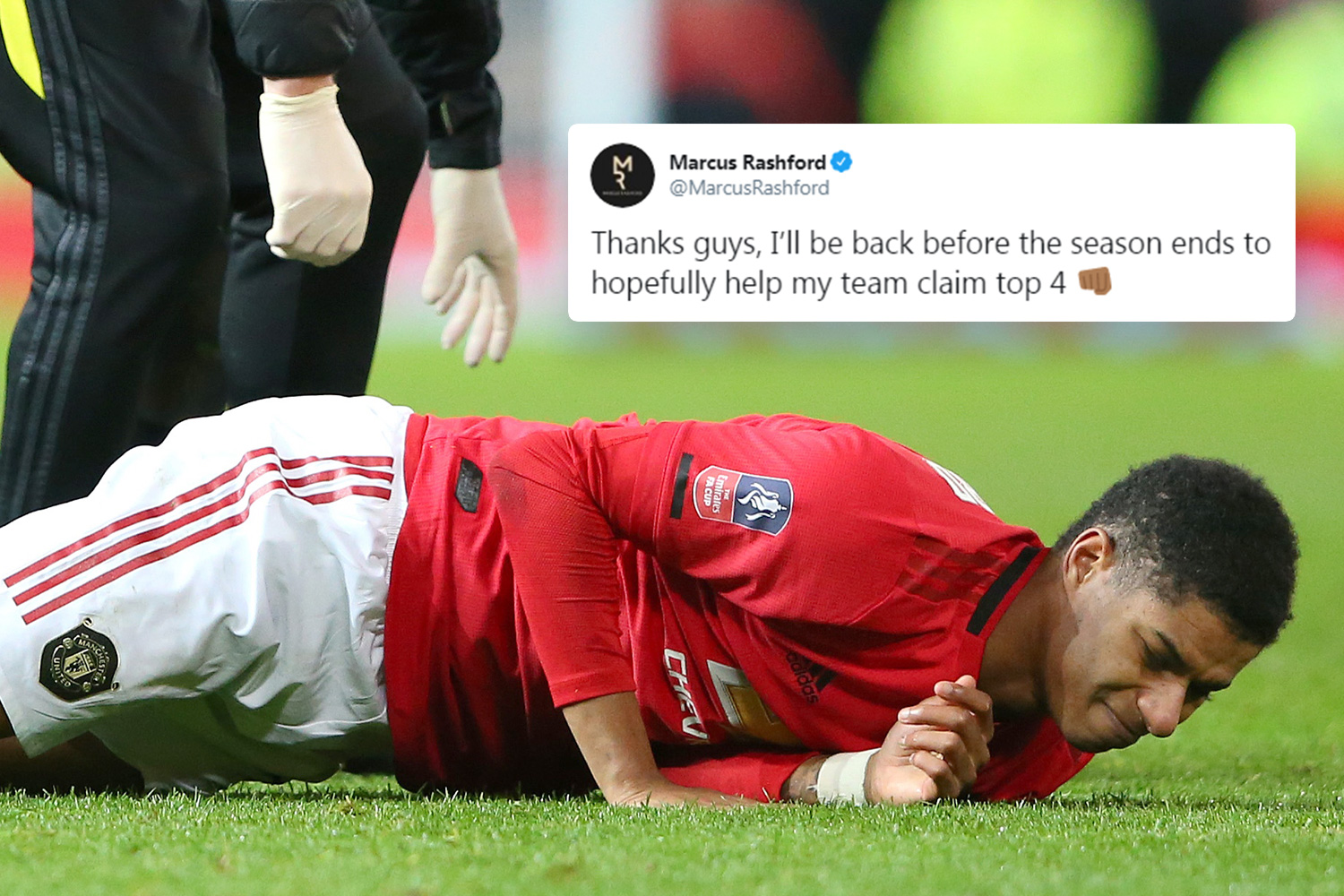 He tweeted: "Thanks guys, I’ll be back before the season ends to hopefully help my team claim top 4."

Rashford has struggled with injuries throughout the past few months, but has valiantly battled through them.

However, after coming off the bench in the FA Cup third-round replay against Wolves, the Three Lions forward lasted just 15 minutes before going down clutching his back following a heavy collision.

Reports quickly suggested Rashford could miss the rest of this season – and this summer's festivities.

But he has provided a positive update, suggesting he will easily be fit by the summer – and wants to help the club in their run in later this season.

END_OF_DOCUMENT_TOKEN_TO_BE_REPLACED

END_OF_DOCUMENT_TOKEN_TO_BE_REPLACED
Recent Posts
We and our partners use cookies on this site to improve our service, perform analytics, personalize advertising, measure advertising performance, and remember website preferences.Ok