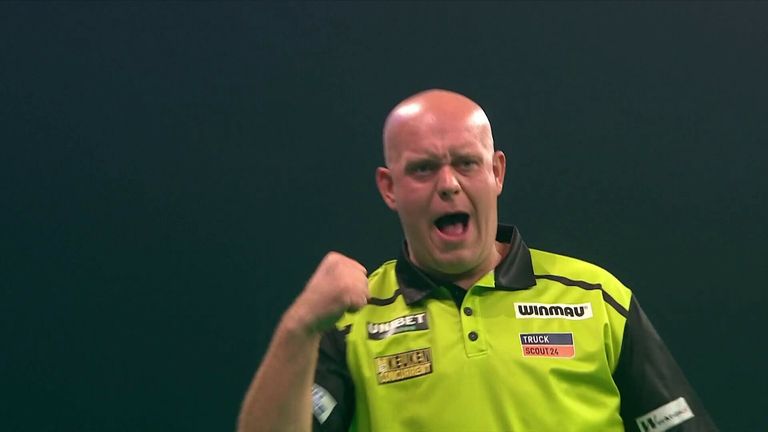 Michael van Gerwen says the rest of the field are “praying” that he doesn’t reach the play-offs of the Premier League.

The world number one finds himself in a dogfight for a top-four spot, ahead of the final round of the league phase on Saturday night.

The Green Machine is in fifth place, stuck behind Nathan Aspinall on leg difference. 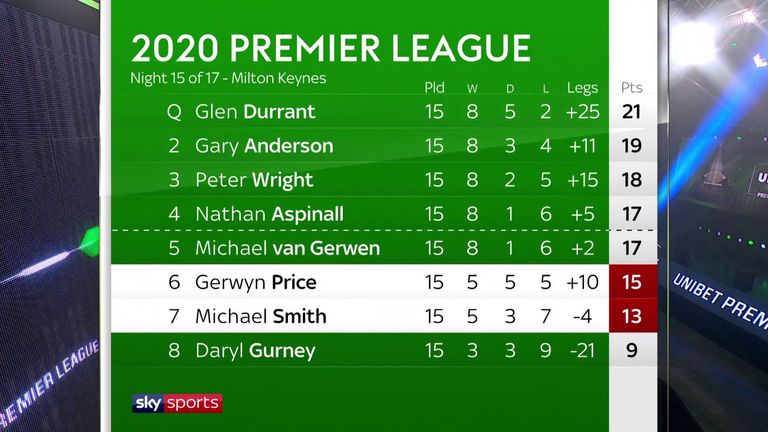 And the five-time champion was in a confident mood after dispatching Gary Anderson on Friday night.

“I know what I’m capable of. People also know. They are praying I don’t get to the last four. Trust me, they are praying,” he said in his post-match interview with Sky Sports.

“I need to fight hard, I need to battle. I didn’t have the most easy two weeks of my life, I know that for a fact. But I’m still here, I’m still fighting.”

The three-time world champion found his groove against the Flying Scotsman, averaging 104.16 in a classy display which helped put some inconsistent showings firmly in the rear-view mirror.

“Of course I’m happy with that [performance], but you also need to be critical with yourself,” he said

“I could have won this game so much easier. Then maybe on leg difference later on, if you look to the table, I’m a few legs behind Nathan.

“I only have myself to blame. And I think I was much the better player in this game. I kept putting pressure on Gary, and I felt good.

“At least I won. It still keeps me in the race. I have to do well tomorrow again. It’s going to be tough, but there’s still hope.”

Race for the Play-Offs

To qualify for the last four, MVG needs to better Aspinall’s result on Saturday night. If they both produce the same result, the Dutchman could still overtake the Asp if he wipes out the Englishman’s advantage on leg difference.

He could also seal a semi-final spot if Peter Wright loses, or Gary Anderson suffers a heavy defeat.

Gerwyn Price also has an outside chance, but needs to win and hope both MVG and Aspinall are beaten. By his own admission, the Iceman needs a miracle.

More draws than Ikea I need a miracle 😬😬

Glen Durrant is the only player guaranteed of his place at the O2. After that, there are five players scrapping for the three remaining spots. 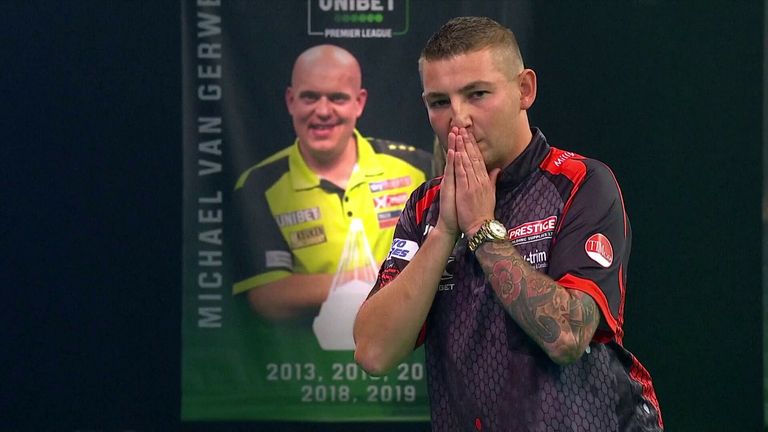 MVG will be hoping to keep up his end of the bargain, winning two points against Daryl Gurney. But after that, he could find himself relying on Duzza to do him a favour against the Asp.

END_OF_DOCUMENT_TOKEN_TO_BE_REPLACED

END_OF_DOCUMENT_TOKEN_TO_BE_REPLACED
Recent Posts
We and our partners use cookies on this site to improve our service, perform analytics, personalize advertising, measure advertising performance, and remember website preferences.Ok