MIKEL ARTETA has been ridiculed after a Rafa Benitez-style press conference reeling off nonsensical stats.

The troubled Arsenal boss used a bizarre list of stats in an attempt to defend his team. 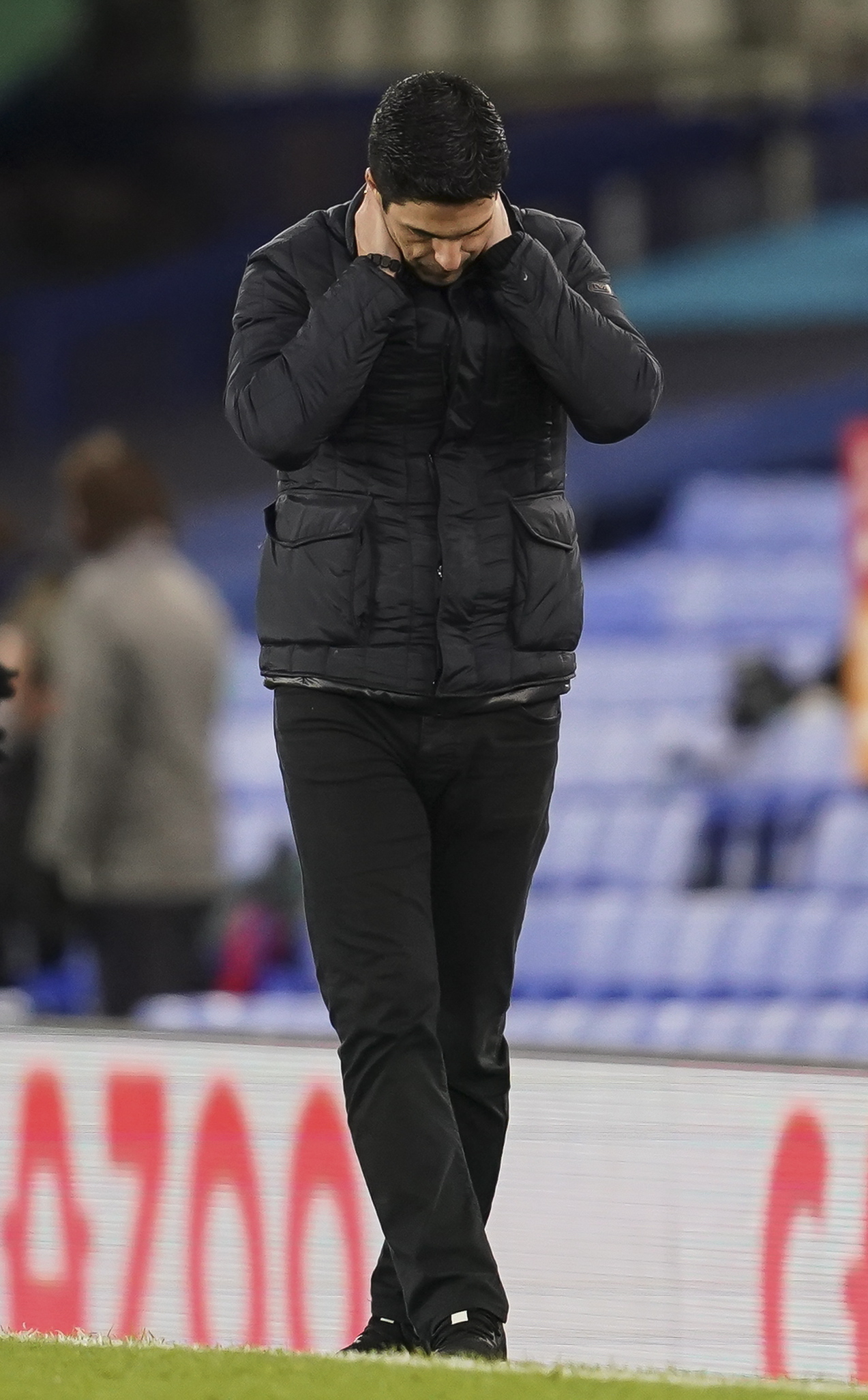 Arsenal's desperate season worsened after Saturday's 2-1 defeat at Everton which left them 15th in the Premier League.

And Arteta appeared to be feeling the pressure after his strange press conference which featured a baffling set of numbers which he claimed showed Arsenal deserve more points this season.

Arteta said: "Last year we won the game against Everton with a 25 per cent chance of winning, you win 3-2.

"Saying that, it doesn't care because you lose and the only thing that cares is that you lose a football match and this is what we hear."

Arsenal fans were left puzzled by his comments which did little to reassure them after their woeful run in the league.

And his stats-based ramble has brought back memories of Benitez's infamous 'facts' rant at Sir Alex Ferguson in 2009.

Arteta will put the numbers to the test this week with an EFL Cup quarter-final against Manchester City on Tuesday followed by a home league clash with Chelsea on Boxing Day.

END_OF_DOCUMENT_TOKEN_TO_BE_REPLACED

Colorado snowpack has flatlined this month

January has been rather uneventful in the snow department across Colorado. The mountains have been missing out on much-needed snowfall, during what is typically an active month for the high country. Aside from the Sangre de Cristo Mountains cashing in on a beneficial storm track in southern Colorado, the rest

END_OF_DOCUMENT_TOKEN_TO_BE_REPLACED
Recent Posts
We and our partners use cookies on this site to improve our service, perform analytics, personalize advertising, measure advertising performance, and remember website preferences.Ok