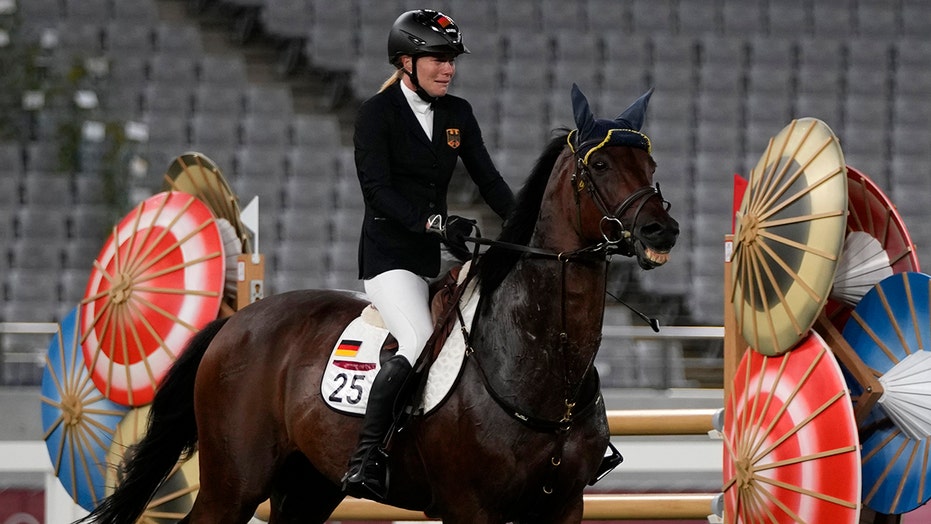 A German modern pentathlon coach who struck a horse at the Olympics was ordered Monday to undergo training on animal welfare before she can work again at major competitions.

TV footage from the Olympics last month showed Kim Raisner leaning over a fence to strike Saint Boy, which refused to jump fences in the show jumping round.

Raisner was coaching German athlete Annika Schleu, who lost her chance of a gold medal when the horse, which was assigned to her at random, refused to cooperate.

Raisner was suspended from the rest of the Olympics before her case was heard by a disciplinary panel. The International Modern Pentathlon Union said the panel gave her an official reprimand and said she had to undergo the training “at the earliest opportunity and prior to her participation in any UIPM-sanctioned competition.”

“Striking the horse, Saint Boy, and encouraging her athlete to do the same, regardless of the reason, was shocking to this panel and indeed the world,” the UIPM panel said. If she breaks animal welfare rules again, Raisner could lose her coaching credentials.

Schleu was cleared of “excessive use of the whip and spurs and no action will be taken”, the panel said. Raisner had been heard urging Schleu, who was visibly distressed, to whip Saint Boy harder as the German rider’s medal chances disappeared.

Schleu later said she had been subjected to large numbers of insulting comments on social media.

The incident at the Olympics prompted German officials to suggest a change in the rules which require athletes to bond quickly with horses they have never met before. Schleu was the second rider on Saint Boy in that round after he had also refused to jump for a Russian competitor.