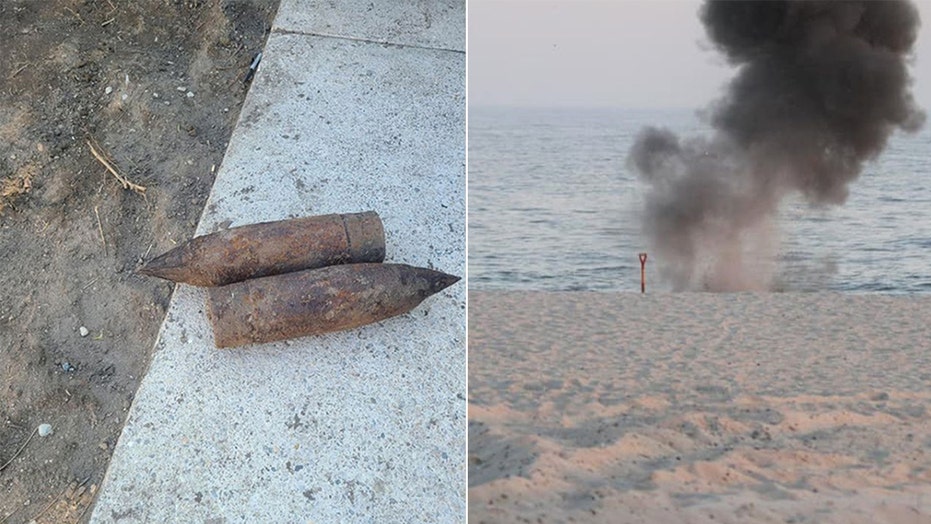 The bomb squad had to be called to the New Jersey home of Memphis Grizzlies forward Kyle Anderson’s dad this week after several World War II explosives were discovered on the property.

Anderson’s father, also named Kyle, told the New York Post on Thursday that the unexploded ordnances were found in the backyard of his Cape May home which he purchased back in October.

“We knew digging up that ground we might find some interesting things because the previous owner used to bury a lot of stuff, trash and stuff,” Anderson said. “[The ordnances] had been sitting there and then yesterday, one of the contractors — the painter — flagged down a police officer and asked him to take a look.”

According to the Cape May Police Department, police and fire officials were called to the scene and established a safe perimeter. They even evacuated nearby residents to safety.

The Atlantic City Bomb Squad arrived shortly after and removed 2 ordnances. They were taken to a “safe location” and detonated, police said.

Anderson told The Post that a third bomb was found on Thursday and police showed up again.

“The bomb squad is there now,” he said. “They are going to remove it, detonate it on the beach as they did before and do a scan of the whole yard.”

He described the WWII bombs as being around 16 inches long and eight inches wide.

Anderson, 27, scored 13 points and had two assists and 2 rebounds in Wednesday’s 127-112 win over the Washington Wizards.