NEYMAR could be heading for a "divorce" from Paris Saint-Germain this summer amid claims he has decided he no longer wants to play for the club.

The Brazilian superstar has spent two years with PSG since his shock world record move from Barcelona. 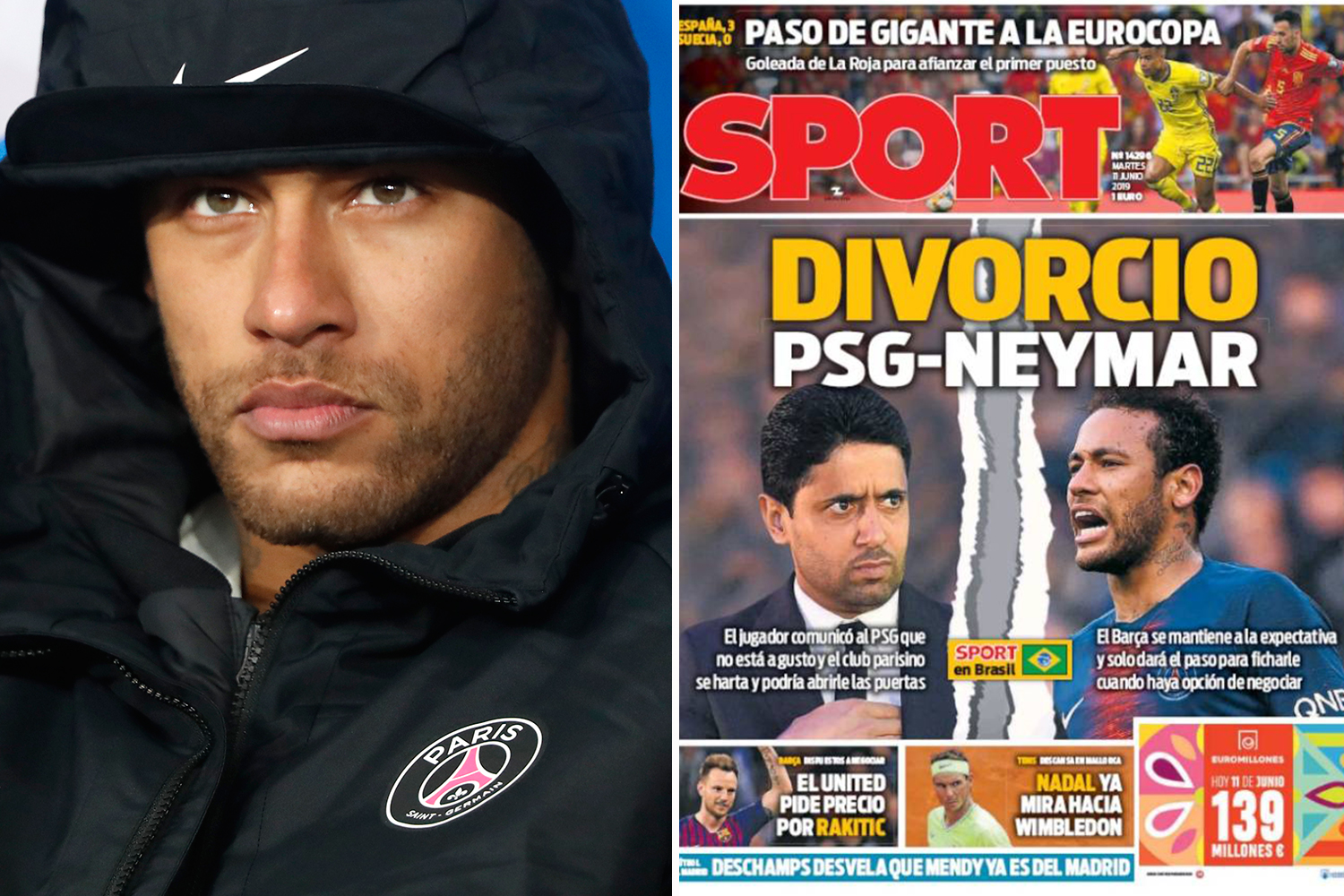 But though the club have dominated French football they have not been able to make an impact at Champions League level, and reports in Spain suggest that is behind a decision to tell his bosses he wants out.

Sport claim the 27-year-old made the move to Paris both for money and to spearhead a project to deliver European success.

But Neymar is said to have decided he now wants out, with his sights firmly set on returning to Barcelona.

The Spanish champions have so far kept quiet about whether they would be interested in reuniting the forward with Lionel Messi and Luis Suarez.

But the article suggests they are waiting in the wings for the player to attempt to force his way out of PSG before making a move.

Having splashed big money on assembling a squad of big names, the club have taken a strangle-hold of the domestic game in France.

But their weaknesses as a side have been exposed in Europe, with early exits in the Champions League in both seasons Neymar has been at the club.

He is thought to be fed up of being constantly targeted for rough-house tactics by opposition players, believing it is one of the reasons for his poor injury record of late.

And PSG boss Thomas Tuchel is said to be getting to the stage where he would be happy to part company with the club's star player so he can build a more unified squad.

Neymar is said to regret his decision to quit Barca, and favours a move back to the club where he produced the best football of his career.

It is claimed he told them last summer he wanted to leave, but the move was blocked.