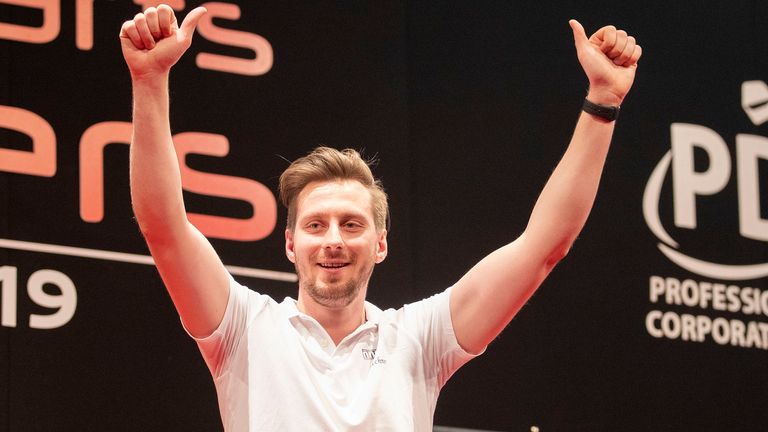 Hempel, a 30-year-old from Cologne who has previously played handball in Germany’s second division, joined Geert De Vos and Geert Nentjes in coming through the European Qualifying School as he took victory on Day Three.

Hempel previously competed on the PDC’s European Tour in 2019, but will now play on a full-time basis against the world’s top players after defeating Dutchman Luc Peters 6-2 in Tuesday’s final following an excellent day of darts.

He averaged at least 94 in all but one of his seven games, defeating former Tour Card Holders Niels Zonneveld, Martin Schindler and John Michael by 6-2 scorelines as he impressively secured his Tour Card.

He completed his semi-final defeat of Michael with a 10-dart finish to end with a 101 average, and sealed victory in style in the final against Peters with a 148 checkout.

“I am so happy!” said Hempel. “I did not expect to be able to win one of the four days and get a direct Tour Card, but the that makes it even better now.

“After my match against Lukas Wenig I started to think that there might be something special to come today. After that I always felt like I was in control of my matches and was that decisive bit better than my opponents.”

Dutch newcomer Peters, 28, took a step towards securing a Tour Card from the European Qualifying School Order of Merit with his run to the final on Tuesday, which included a 6-4 win over Benito van de Pas in the last eight.

Stoke-on-Trent scaffolder Jones, meanwhile, will step onto the PDC ProTour for the first time this year after he defeated Australia’s Gordon Mathers 6-5 in their final in Milton Keynes.

Mathers hit back from 3-0 down with four straight legs in the final, only for Jones to edge 5-4 up and eventually prevail by taking out 72 in the deciding leg.

“It puts all the practice and all the hard work into perspective really,” said Jones. “It’s a dream come true, I can’t really put it into words.

“All I thought before coming here was to qualify for the last four days and then it just takes one good day. Yesterday was probably a better day than today, I’ve won four games 6-5 and it’s a rollercoaster to be honest.

“It’s quite remarkable for myself. When I was younger, a lot of people said it was quite promising how I was playing, and I was England number one for three years when I was 14-17.

“It really is nice to come through, I’ve put a lot of effort into this tournament. I love my job but I feel like it’s time now to play darts like I can, and we’ll see in the coming years how we do.” 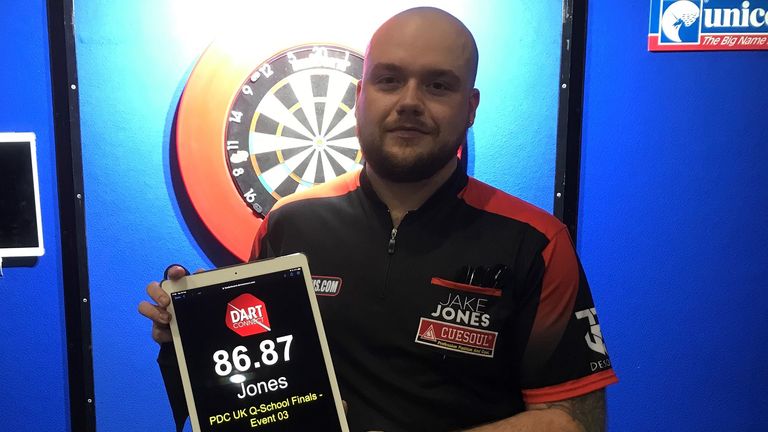 Five-time world champion Van Barneveld is still well-placed in the Order of Merit after impressive runs on Sunday and Monday. However, the Dutchman is left with work to do on Wednesday after a shock first-round defeat at the hands of Switzerland’s Stefan Bellmont.

Meanwhile, Fallon Sherrock may need to win Wednesday’s tournament at the Marshall Arena if she is to grow the female representation on the tour by joining Lisa Ashton.

The overall winner at each venue will secure a Tour Card on each of the four days, while Orders of Merit will be used to award a further 13 Tour Cards in the UK and eight in Europe.

In the UK, Jack Main, Martin Lukeman and Lewis Williams are now assured of claiming three of the 13 available Tour Cards, with Australia’s Mathers also in a strong position alongside Scotland’s Alan Soutar and former Players Championship winner Joe Murnan. 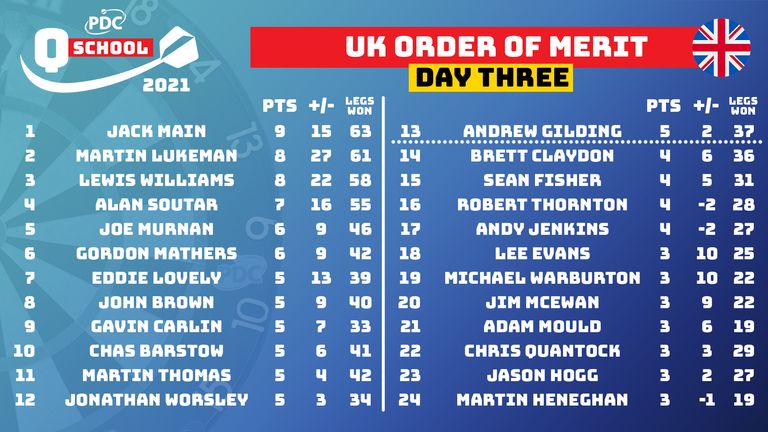 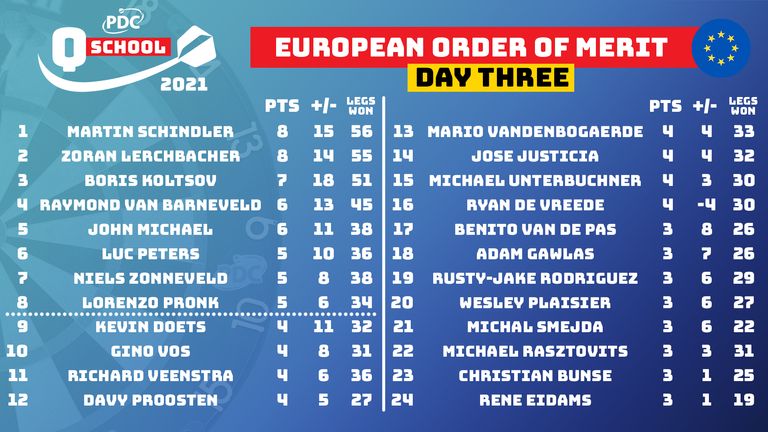 Watch full coverage of every night of the Premier League on Sky Sports, and stick with us through the year as we bring you the latest darts news on skysports.com/darts, our app for mobile devices and our Twitter account @skysportsdarts.