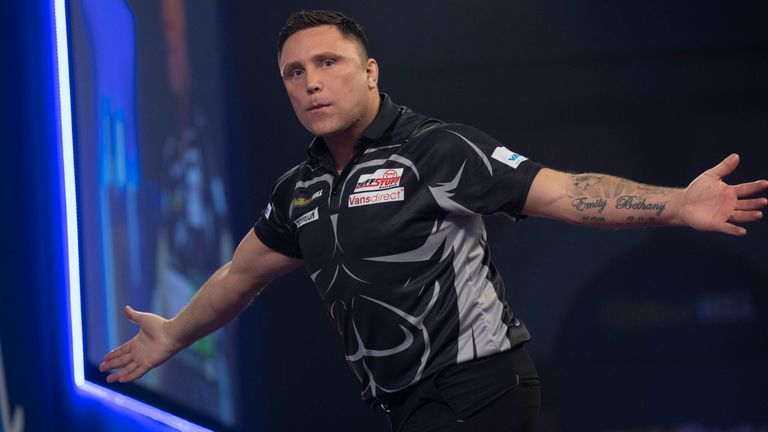 Gerwyn Price kept alive his hopes of a maiden World Darts Championship – and the world No 1 ranking – with a ruthless 4-1 victory over Mervyn King in reach the last eight.

The Welshman has won more titles than anyone else in 2020 and with the defending champion Peter Wright knocked out alongside five other members of the world’s top 10, the way is clear for the Iceman to add the sport’s biggest prize to his CV.

World No 1 Michael van Gerwen is in the opposite half of the draw and after the Dutchman came through an epic battle with Joe Cullen on Tuesday, Price made more serene progress with a clinical victory over King that featured four 100+ finishes.

The Iceman has added the World Grand Prix, the World Cup and the World Series of Darts Finals to his pair of Grand Slam triumphs and if he can win three more matches to the Sid Waddell Trophy on Sunday, he will also end Van Gerwen’s seven-year spell at the top of the world rankings.

Joining him the last eight were Van Duijvenbode and Dave Chisnall, Van Duijvenbode fighting back to beat Glen Durrant and Chisnall winning a thriller to beat Dimitri van den Bergh and set up a quarter-final with Van Gerwen.

Brilliant Price too good for King

Prior to last year, the Price had never gone beyond the second round at Alexandra Palace, but having reached the semi-final then, his hopes of going one step further remain intact as he booked a last-eight date with Daryl Gurney 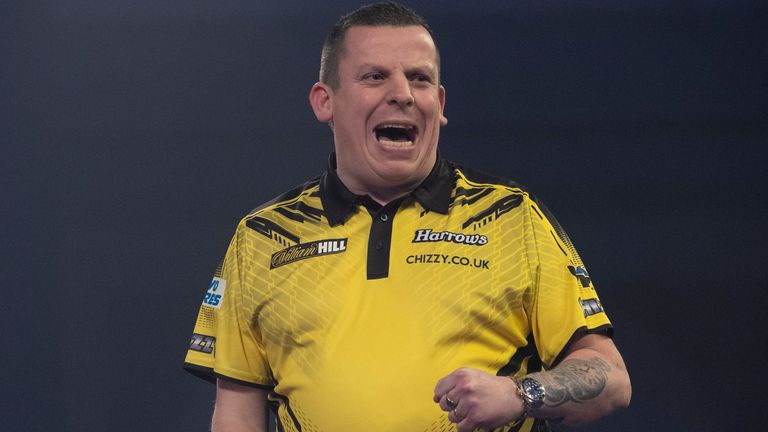 Showing the winning mentality that has been forged over the last three years, Price was forced to dig deep in a pivotal third set. The world No 3 fought back from 2-1 down to take a two-set advantage when he cleaned up 93 to maintain a remarkable display of finishing that had seen him hit 11 of his 17 darts at double.

Leading 1-0 in the fifth, Price’s proficiency on the outer ring deserted him as he missed five to give King a chance to level – but it only delayed the denouement.

Price took out a superb 115 to stand one leg away and he sealed his quarter-final spot when King missed three darts and the Iceman stayed cool to pin his favoured double top for an impressive victory.

Dirk van Duijvenbode’s fairytale second half of the year continued when he stormed back from 3-1 down amid a host of huge finishes to end Durrant’s own PDC title dreams. 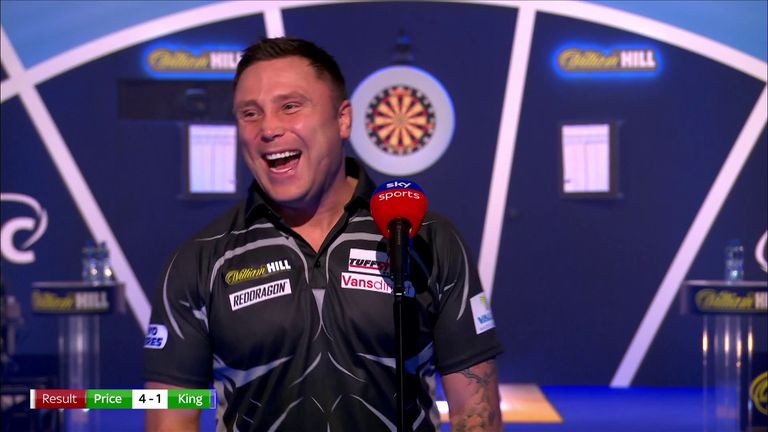 Duzza had been hoping to follow Phil Taylor, Dennis Priestley and Raymond van Barneveld in adding the PDC crown to the BDO title, but, having forged a 3-1 lead, he was powerless as Van Duijvenbode stormed back to win a last-leg shootout and a clash with Gary Anderson in the last eight.

As good as his big finishes were as the game wore on, Van Duijvenbode struggled on the outer ring early on. Thirteen missed darts at double had left the 29-year-old aubergine farmer 2-0 down and shrugging his shoulders as Durrant made a trademark clinical start to defy a 10-point difference in the averages.

A brilliant 154 finish was the highlight for the Premier League champion who had reached the quarter-final on his Alexandra Palace debut last year, but the Dutchman is an emerging force himself after a brilliant year. 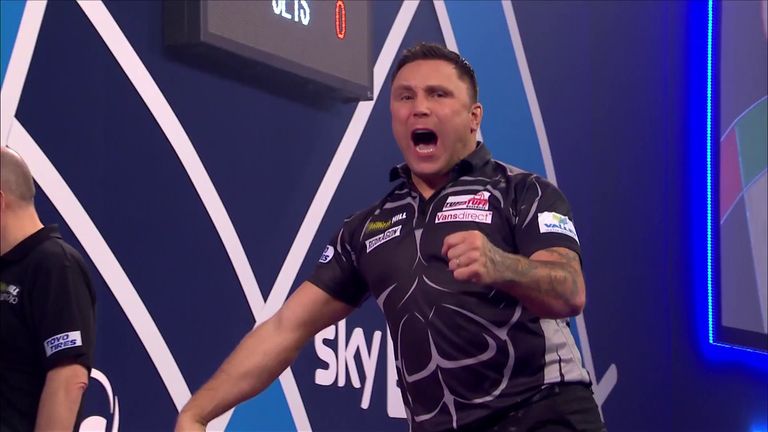 It started with him securing his Tour Card in January and most recently reaching the final of the World Grand Prix, where he beat Anderson at the quarter-final stage, and the last eight of the Players Championship Finals.

Back-to-back 11-dart legs halved the deficit only for Durrant to hit back and punish every mistake to move 3-1 in front, but big finishes got Van Duijvenbode back into the contest

A classy 119 kicked things off and having missed chances previously, he was able to close out the set; adding a 106 finish and a second spectacular double-double finish on the 18s to reduce the deficit to one.

A brilliant sixth set, that included a spectacular 170 finish from the Dutchman, ensured a level contest and it was fitting that the match went the distance where Van Duijvenbode, the only unseeded player left in the draw, advanced to the quarter-finals when he pinned double six.

Chizzy, beaten in five major televised finals, has reached the World Championship last eight in two of the last three years and he produced one of his best performance on the Ally Pally stage in a thriller against Dimitri Van den Bergh. 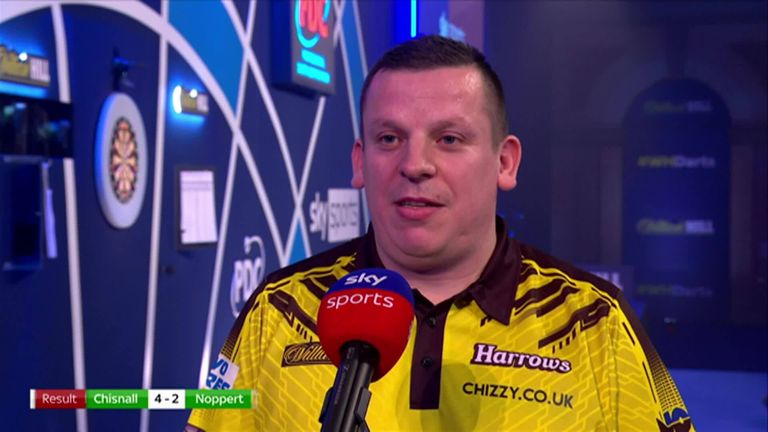 Van den Bergh is a man on the up after winning the World Matchplay in July, but having been the picture of calm through the sport’s resumption the Belgian was given an early mountain to climb.

A relentless Chisnall opened up a 2-0 lead on the back of some blistering scoring and even better finishing. Van den Bergh was able to match Chizzy in the scoring stakes but missed darts at double when trailing 2-1 in each of the first two sets. 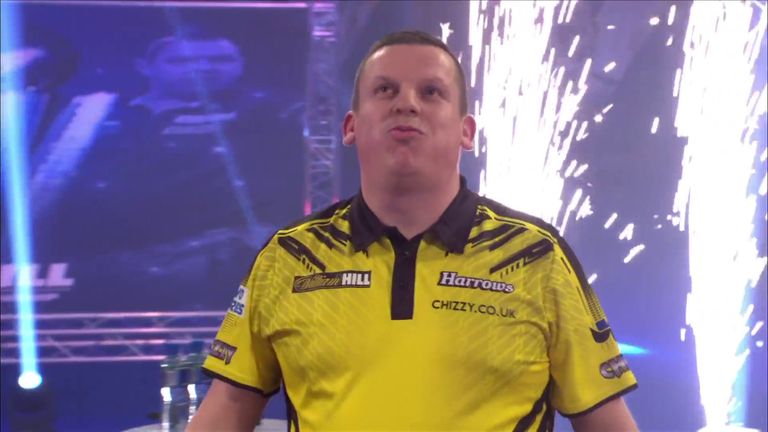 Chisnall was near faultless, hitting six of his seven darts at the outer ring to average 110 and stand halfway from the winning post of four sets.

But showing the class of the major champion he has become, back-to-back 12-dart legs gave Van den Bergh the lead in the third set. Chisnall fought back remarkably to win a deciding leg but only after The Dreammaker had missed a dart at bullseye for a 161 finish that would have halved the deficit. 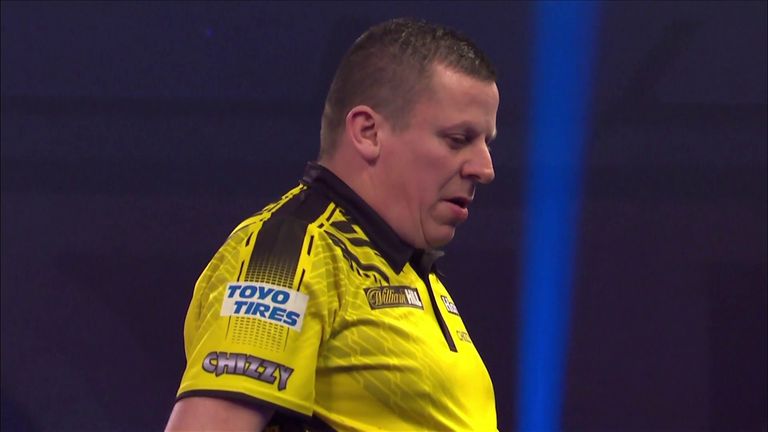 Needing to win four sets to keep his World Championship dream alive Van den Bergh started in spectacular fashion, pushing his 180 count up to nine he needed just 39 darts to claim the fourth set and he added the fifth when Chizzy missed a dart to force a deciding leg.

As the nerves began to fray the sixth set delivered a dip in the scoring but no little drama as missed doubles went begging for both men until Chisnall kept his cool to take out 102 and seal a date with MvG.

You won’t miss a dart thanks to the dedicated Sky Sports Darts channel all the way until January 4 with every session from the World Darts Championship, including the final on Sunday, January 3. Check out daily Darts news on skysports.com/darts, our app for mobile devices and our Twitter account @skysportsdarts

END_OF_DOCUMENT_TOKEN_TO_BE_REPLACED

END_OF_DOCUMENT_TOKEN_TO_BE_REPLACED
Recent Posts
We and our partners use cookies on this site to improve our service, perform analytics, personalize advertising, measure advertising performance, and remember website preferences.Ok