TALK about a Super Sunday…

One lucky punter ended the week in style after landing a 1,371/1 ten-fold accumulator which returned a colossal £27k! 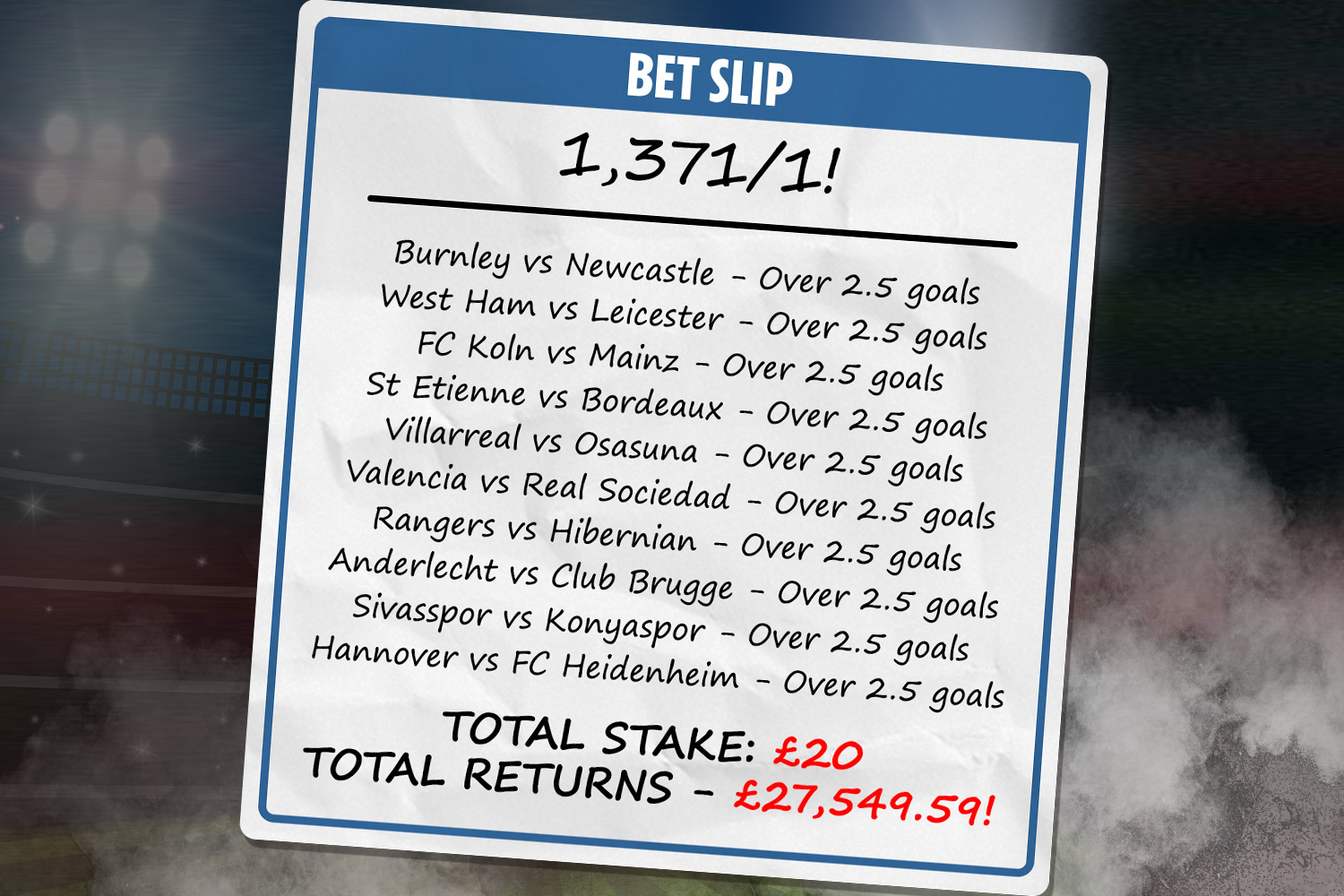 The Betfair customer placed £20 on Over 2.5 Goals to be scored in TEN different football fixtures across Europe on Sunday.

The winning accy took around seven hours from start to finish – meaning the mystery bettor earned around £3,800-per-hour.

Not bad for an afternoon's work.

It all kicked off at 11:30am in Turkey with Sivasspor vs Konyaspor, where a missed penalty didn't prevent three goals being scored before the 68-minute mark.

Two of the Premier League's lowest-scoring sides in Burnley and Newcastle then conjured up three goals thanks to a quick-fire double from Jacob Murphy and Allan Saint-Maximin.

The punter then ticked Hannover vs Heidenheim, Villarreal vs Osasuna and Saint-Etienne vs Bordeaux off their list, thanks largely to a crazy ten-minute spell over in Spain.

A Jesse Lingard masterclass ensured West Ham and Leicester was a goal frenzy at the London Stadium.

Rangers vs Hibernian and Valencia vs Real Sociedad finished 2-1 and 2-2 respectively while the 5pm showdown between FC Cologne vs Mainz ended 2-3.

With NINE down and ONE left to complete – all attentions turned to Belgium where Anderlecht were taking on league leaders Club Brugge.

It looked to got off to a flyer with a goal in the 13th minute but Ruud Vormer's goal was disallowed for offside.

AND with zero first-half goals – it was looking bleak.

But three second-half strikes in 23 minutes ensured the Betfair customer walked away with a cool £27,549.59.