IBROX was empty – but Rangers still hosted a Gala ball.

Steven Gerrard’s side did their absent support proud with one of the biggest wins of his reign. 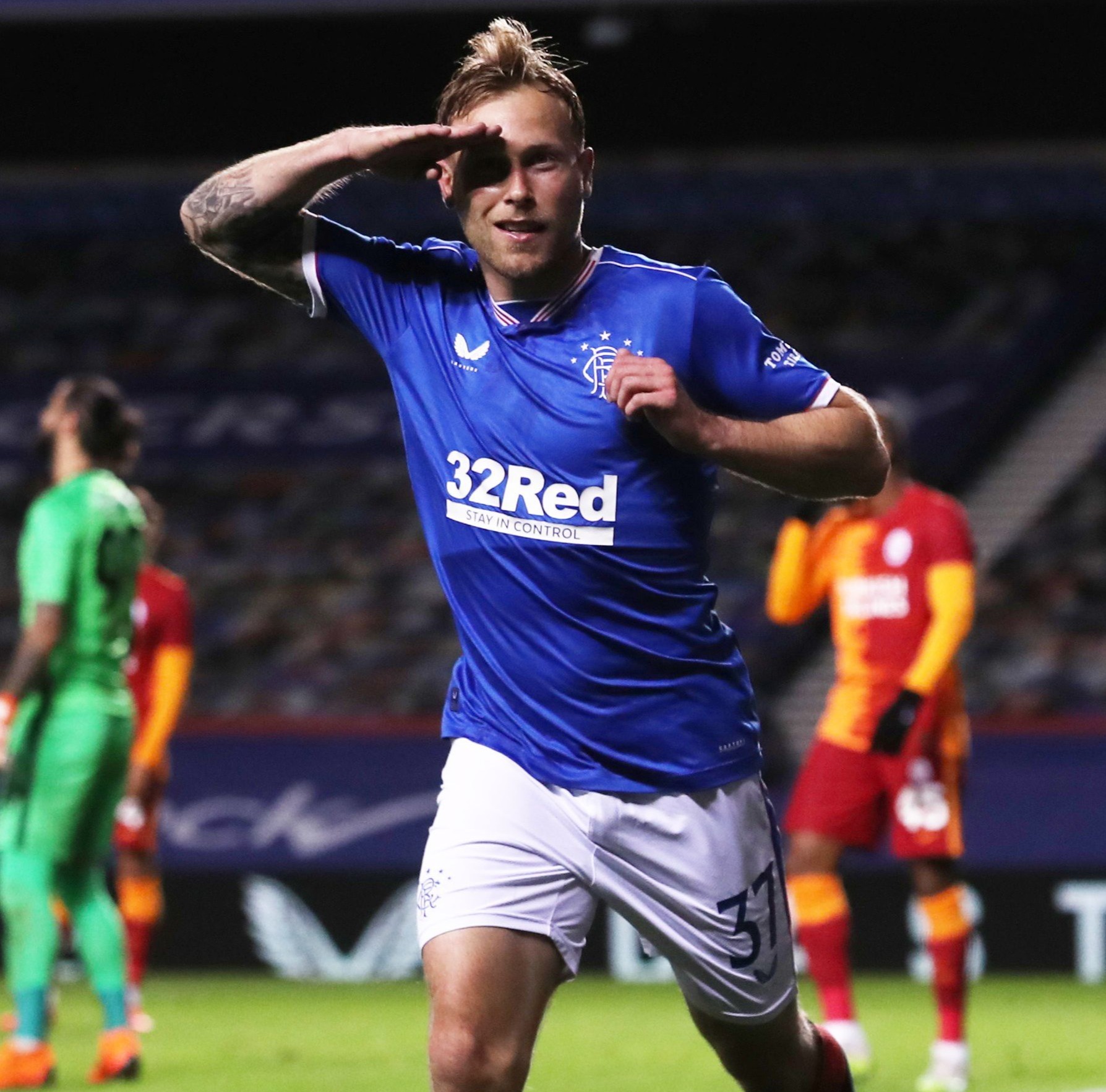 Gers were too good for Turkish giants Galatasaray as they booked a place in the Europa League groups.

In cash terms, the Ibrox side could bank up to £10million even if punters remain locked out for the rest of 2020.

But qualification will mean more to Gerrard than pounds. This was a statement win for his Gers side.

Up against a streetwise, expensively-assembled European team, Rangers were a credit to Scottish football.

Marcao pulled a late goal back for Galatasaray but this was a victory that Gerrard’s men richly deserved.

They will find out their group opponents at today’s Nyon draw today but will have nothing to fear no matter who comes out.

Looking further ahead, Gers' win over the Turkish side only helps Scotand’s chances of claiming an automatic Champions League spot by 2022.

Gerrard’s side have more than played their part in that coefficient rise but this could be the best result of the lot.

He famously led them to Uefa Cup success in 2000, with Gheorghe Hagi the star of that team.

The Romanian's son, Ianis, was born in Istanbul during that era and lined up against his dad's old side.

Terim doesn't have anyone of Hagi senior's class these days, with Colombian Radamel Falcao the biggest name.

But the Turkish giants have made the Champions League in the past two seasons and have quality.

Arda Turan missed out with flu but Gerrard's old Liverpool pal Ryan Babel offered a threat from the left.

The Rangers boss pulled no shocks with his own line-up as Borna Barisic and Hagi returned. 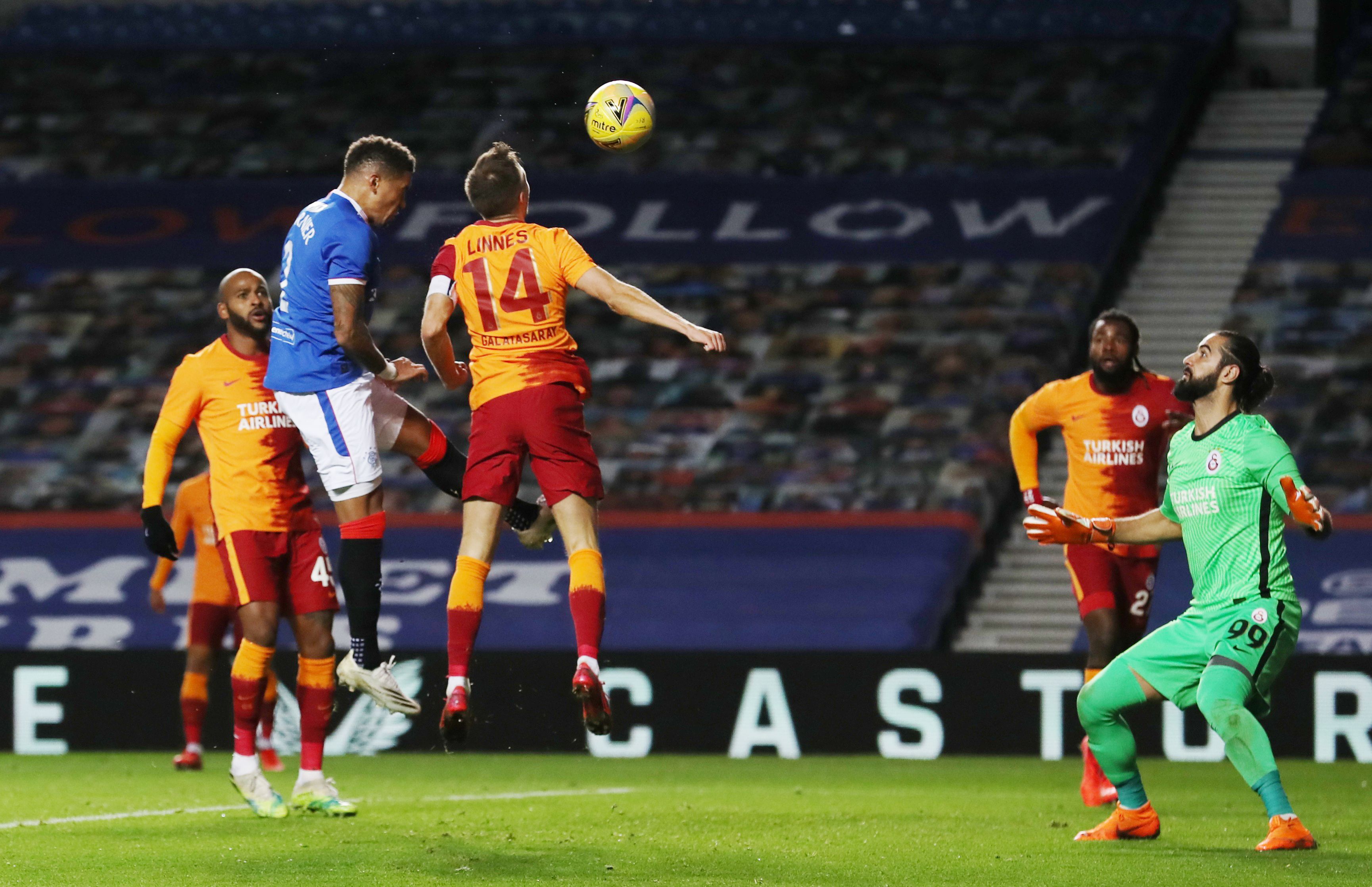 Alfredo Morelos, up against hero Falcao, led the line for Gers and forced an early corner for the home side.

Barisic's delivery was met by Connor Goldson but Galatasaray scrambled clear amid claims of a handball by Martin Linnes.

Latvian ref Andris Treimanis let them off but there was no doubt the Turkish side were rattled.

Goldson then met another Barisic corner and this time Christian Luyindama was forced to head off the line.

This was the intense start Gerrard wanted as he barked instructions from the touchline.

Gers gave their opponents no time to settle on the ball and looked to release Morelos when they could.

The Colombian was just too eager at times, with a couple of needless offsides halting attacks.

Galatasaray took a little while to find their feet but soon started popping passes around.

Sofiane Feghouli and Younes Belhanda were starting to impact the game but there wasn’t too much to concern Gers.

Up the other end, Galatasaray seemed intent on playing themselves into trouble with slack play.

Terim is 67 but was an animated figure on the touchline as he voiced his anger.

Morelos messed up one Gers break with a poor final ball before Omar Elabdellaoui was booked for a pull on Kent.

Galatasaray were struggling with his pace but the winger couldn’t take advantage of some great positions. . 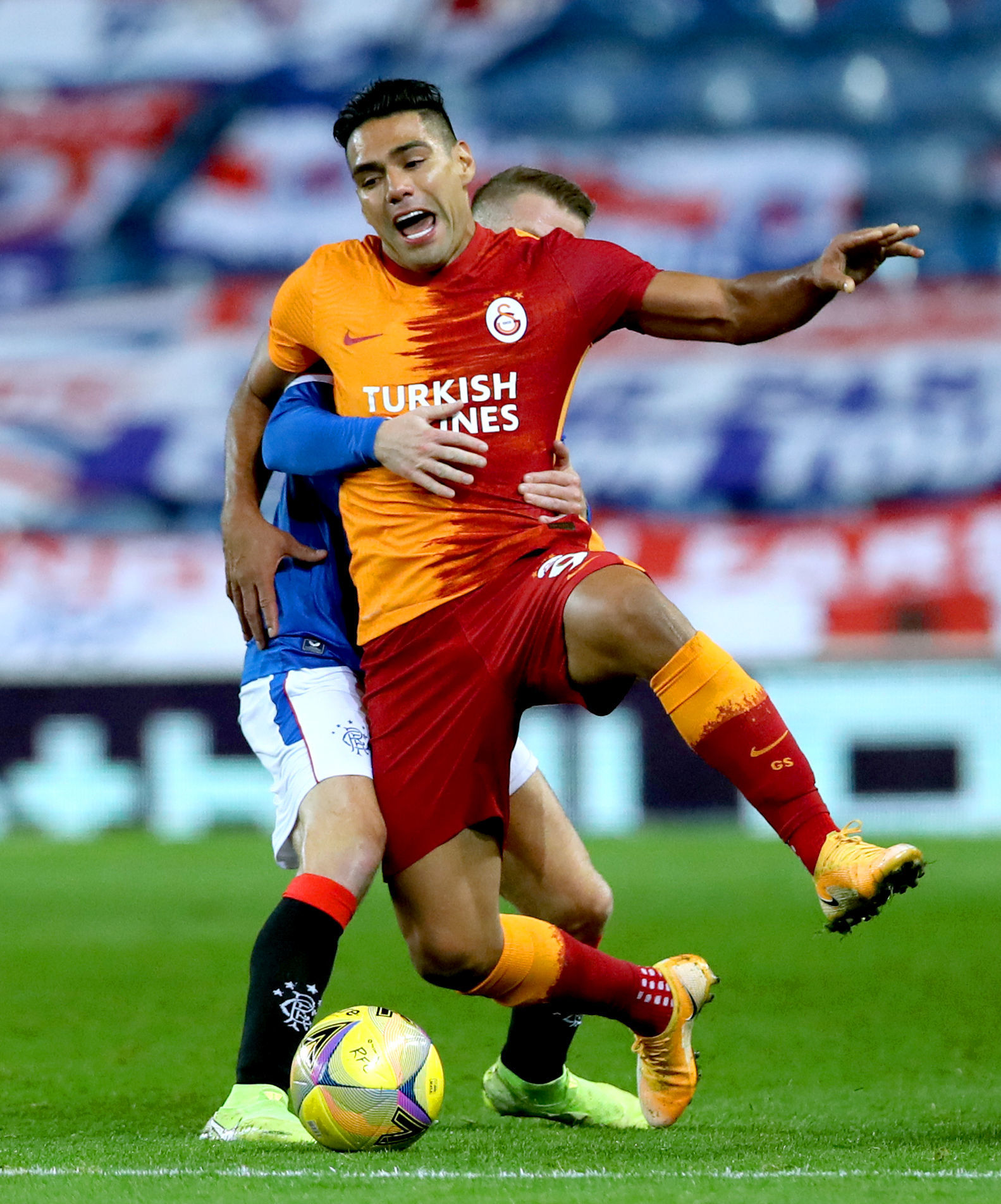 Gers were wasteful and that would have been Gerrard’s biggest complaint as the sides went in goalless.

They had the Turkish side worried but keeper Fatih Ozturk hadn’t been forced to make a save.

That changed just 52 seconds into the second half when Morelos saw a header kept out.

Kent breezed past Luyindama and picked out the Colombian but he couldn’t get enough power on his effort.

Yet Arfield was a lot more clinical as Gers took the lead in 52 minutes with a brilliant team goal.

Tavernier fizzed a pass forward and Morelos stepped over it to let Hagi gather.

The Gers playmaker spotted Arfield’s run and the weight on the pass was absolutely perfect. 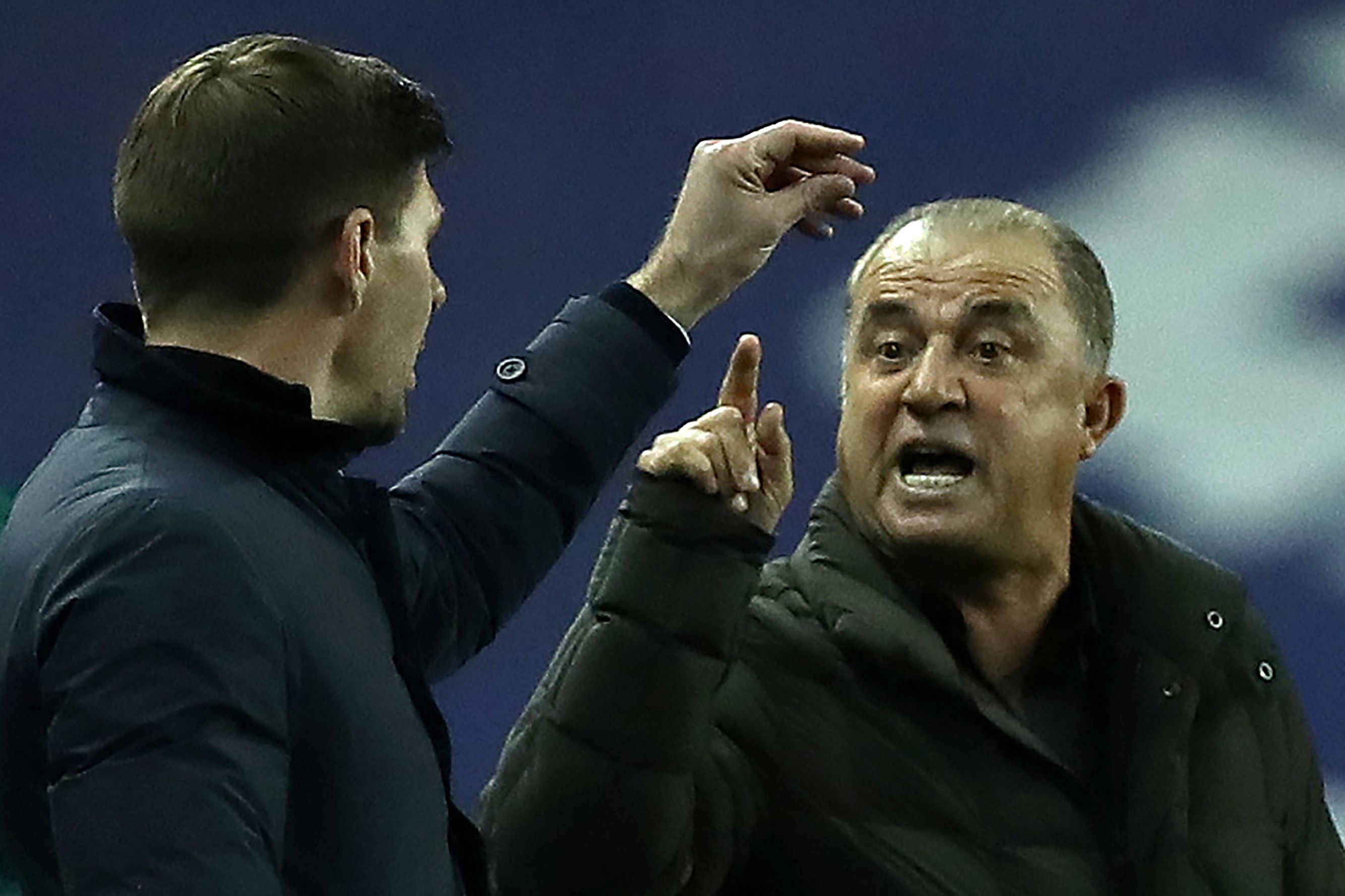 Arfield was clean through and stayed calm to bend in a finish with the outside of his right foot.

It was a goal of the highest calibre and gave Gers the upper hand in a tight, tense battle.

Just six minutes later, it was 2-0 as Tavernier produced yet another crucial goal for his team.

Barisic was the provider with a cross that took a deflection and looped up to the back post.

At the moment, it was all about Tavernier’s desire. He wanted it more and rose highest to head home.

It was a huge moment but Gers knew they had to be switched as Galatasaray went for it.

It was a huge moment but Gers knew they had to be switched as Galatasaray went for it.

Arfield possibly got away with one when Belhanda fell in the box but again, the ref wasn’t interested.

Allan McGregor had more to deal with as Galatasaray pushed and they managed to pull one back in 87 minutes.

Marcao’s looping header found the corner to set up a tense finale at Ibrox as the Turkish side had a go.

But Rangers' shape was good and they put their bodies on the line to ensure there were no late scares.

Now for the group stages as Gerrard's incredible Euro record at Ibrox continues.

END_OF_DOCUMENT_TOKEN_TO_BE_REPLACED

END_OF_DOCUMENT_TOKEN_TO_BE_REPLACED
Recent Posts
We and our partners use cookies on this site to improve our service, perform analytics, personalize advertising, measure advertising performance, and remember website preferences.Ok