Home » Sport » Reds' Derek Dietrich draws ire of broadcaster over home runs: 'I don't understand why you have to do that'

Reds' Derek Dietrich draws ire of broadcaster over home runs: 'I don't understand why you have to do that' 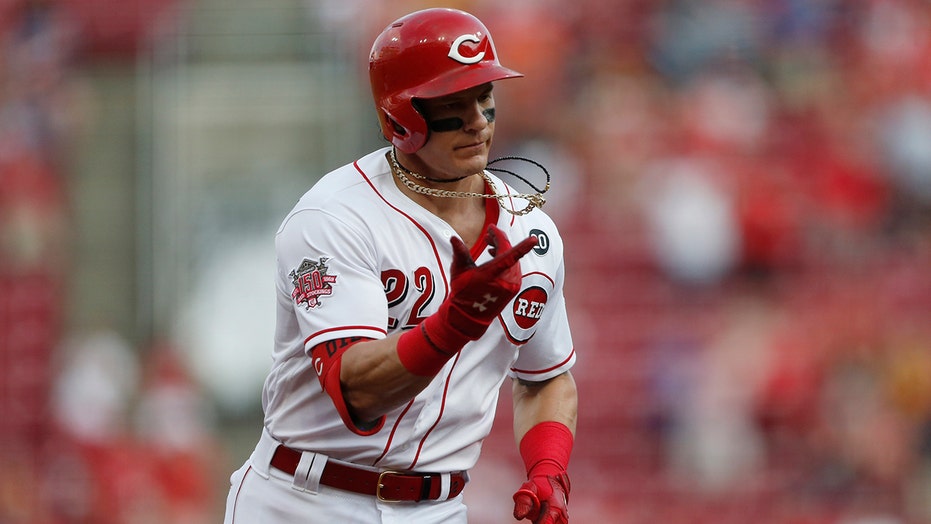 Fox News Flash top headlines for May 31 are here. Check out what’s clicking on Foxnews.com

One of the more surprising storylines of the Major League Baseball season is the recent power surge of Cincinnati Reds second baseman Derek Dietrich. Less surprising? The pearl-clutching reactions of MLB's more conservative analysts who are aghast Dietrich seems so happy to have morphed from role player to top slugger.

Dietrich is near the top of the National League leaderboard in home runs with 17 — which is already a career-high. And he's only played 53 games this season. 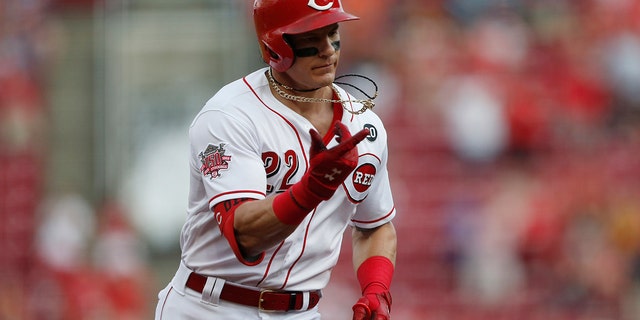 Cincinnati Reds’ Derek Dietrich (22) points as he rounds the bases with a two-run home run off Pittsburgh Pirates starting pitcher Jordan Lyles during the fourth inning of a baseball game, Tuesday, May 28, 2019, in Cincinnati. (AP Photo/Gary Landers)

“I can’t stand him,” Wehner said of Dietrich during an appearance on 93.7 The Fan in Pittsburgh. “I just don’t see why – I don’t understand why you have to do that. It’s different if you’re a Hall of Fame player, you’re a 60-homer guy, you’re an established guy. Nobody ever heard of him before this year.”

Then Wehner added his belief that Dietrich's dead relatives were ashamed of him.

"I heard of him because of his grandfather [Steve Demeter] who used to be a minor league coach for the Pirates," Wehner said. "He was the nicest, sweetest guy in the world. He’s rolling in his grave every time this guy hits a home run. He’s embarrassed of his grandson.”

Dietrich said Monday he wasn’t worried about people getting upset with him for his celebrations, according to the Cincinnati Enquirer.

“I’m going to keep playing the way I play,” he said. “I think everyone should play the way they play. I’ve got no problems with it…I’m just coming to play ball and hit the ball hard. We’re having fun and trying to win. This is baseball.”

The Reds signed Dietrich to a minor league deal after he was cut by the Miami Marlins in November.