Five-time snooker world champion Ronnie O’Sullivan says he “definitely wouldn’t choose snooker as a sport to pursue” if he could make the decision again.

But he suffered a shock first-round defeat by amateur James Cahill at the World Championship in April.

Talking to Radio 4’s Don’t Tell Me The Score podcast, O’Sullivan spoke of his “unhealthy relationship with snooker”.

“In the early days, playing and competing wasn’t enough,” said the Englishman.

O’Sullivan said he had been “addicted” to the “pursuit to be the best” in snooker.

“I went through a lot of denial early on, that I didn’t have an addiction at all,” he said.

“Addiction is not just around food; it can be women, relationships, gambling, spending, working too hard – it covers so many different areas.

“I think the western world has become a world of addiction. We live such a hectic fast-paced life; everyone gets on top of each other, trying to climb that ladder.

“I’ve probably trampled on people – not in a horrible way, but in my pursuit to be the best.

“If I had my time over again, I definitely wouldn’t choose snooker as a sport to pursue. In the early days, playing and competing wasn’t enough. I think I had an unhealthy relationship with snooker.”

Chasing a record 37th ranking title, O’Sullivan arrived in Sheffield as the favourite, where his defeat by Cahill was described by pundits as the biggest upset in the history of the Crucible, if not that of the sport.

Earlier in the season, he won the invitational Shanghai Masters and Champion of Champions, as well as the UK Championship, Players Championship and Tour Championship.

In the process, he also became the first player to compile 1,000 career centuries and went past the £10m career prize money landmark.

“Snooker and winning titles is great but if that’s all that life is, at some point that’s going to go,” O’Sullivan added.

“The better you are at something, the more you enjoy doing it. I’ve had to dig deep and ask whether I’ve got the character, the will, the determination.

“When I play snooker, I go into a tunnel vision world and I block out everything and everyone around me. But the people around me are not getting their wants and needs.

“Human relationships are very important – probably more important than anything. We need to interact with people. Sometimes I have to draw in a bit, and say ‘maybe I’ve been a bit selfish’, and when I approach that, life gets better again.”

‘It’s not the end of the world’ 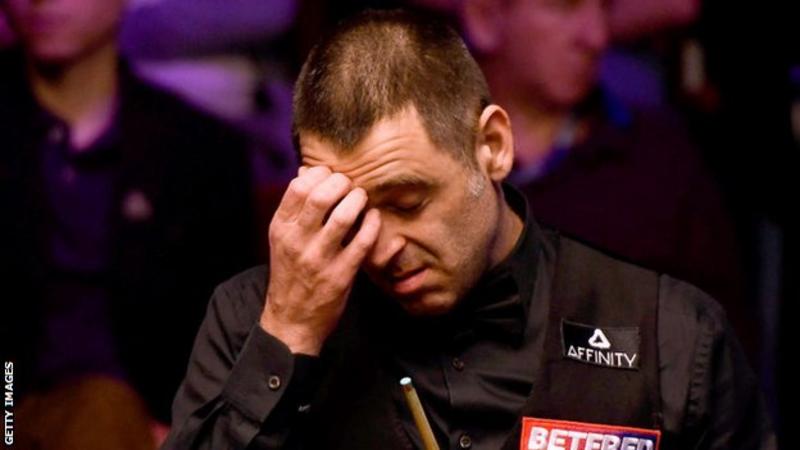 O’Sullivan recalls conceding his UK Championship quarter-final against Stephen Hendry after just five frames in December 2006 as a marker for his progress.

The Rocket, then reigning champion, also missed the 2012-13 season because of “personal issues” and stated the 2013 World Championship could be his last major event as he only returned to the sport for “a bit of money”.

He claimed a fifth world title success on his return to action, and says the help of sports psychologist Dr Steve Peters has helped him to build a “healthier dialogue” with himself.

“When I walked out on Stephen Hendry halfway through the match – when I look back – I think, when I feel like that, don’t act like that. It’s very fickle. One frame, one shot and I could be flying again,” said O’Sullivan.

“But I never used to think like that, I’d say ‘give up, don’t bother; it’s not your week’. Walking out, giving up, playing the wrong shot, putting the towel over your head – [it was] all part of that same feeling.

“I learned from Steve not to do that. I’ve got to have faith in myself; just don’t sabotage it. The running, the gym, spending time at home – it all helps. You’ve got to start taking care of yourself, what’s important to you.

“Do I eat right? Sleep right? Keeping myself fit. Am I finding time for the things I enjoy? Then I can go and play snooker.