Home » Sport » Ryan Garcia vs Luke Campbell result: American gets off the canvas to win by seventh round knockout

Ryan Garcia vs Luke Campbell result: American gets off the canvas to win by seventh round knockout 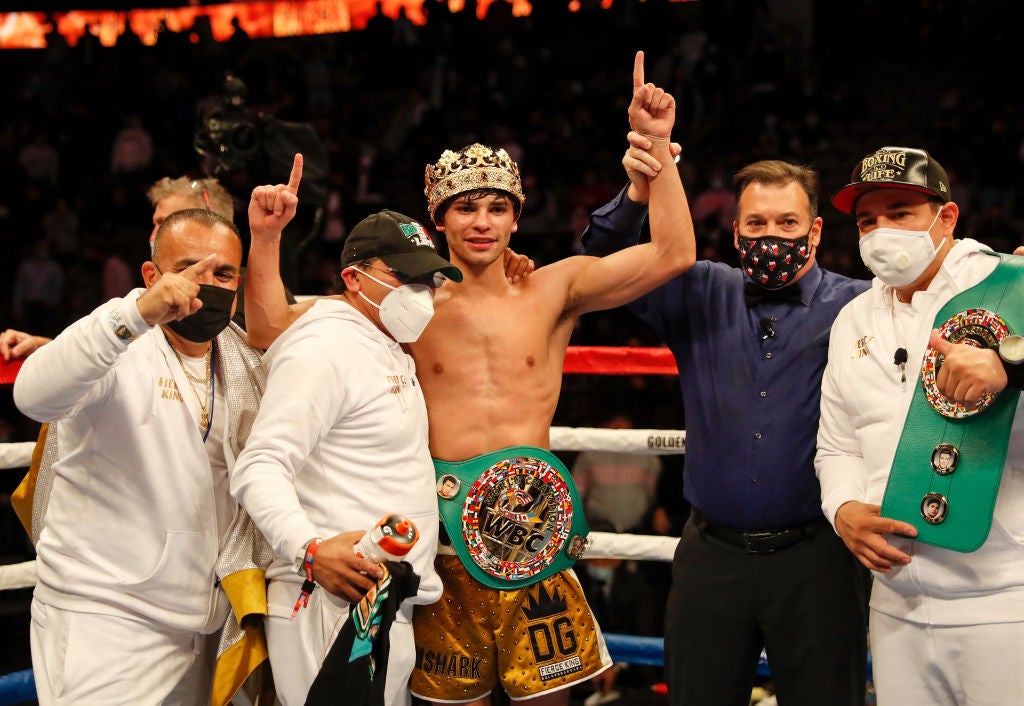 Ryan Garcia celebrates after winning by seventh round knockout

“I think I showed a lot of people who I really am. I showed today I am special,” Garcia told DAZN. “They wanted to show me as a social media fighter. Anybody who puts you down, remember you’re not who people tell you who you are – you are who you choose to be. I chose to be a champion tonight.

“He caught me, I was like, ‘I got dropped, this is crazy’. I’ve never been dropped in my life. I had to adjust. I knew I could beat him, I just had to get back up.”

Garcia, who is mentored by pound-for-pound kingpin Canelo Alvarez and has long been touted as a superstar-in-waiting, was a firm favourite heading into the bout, despite being vastly inexperienced in comparison to Campbell, a 2012 Olympic gold medallist. Yet, for what Garcia lacks in age he counters with confidence and he started quickly, taking the front foot, closing Campbell down and unleashing a flurry of punches on the ropes. 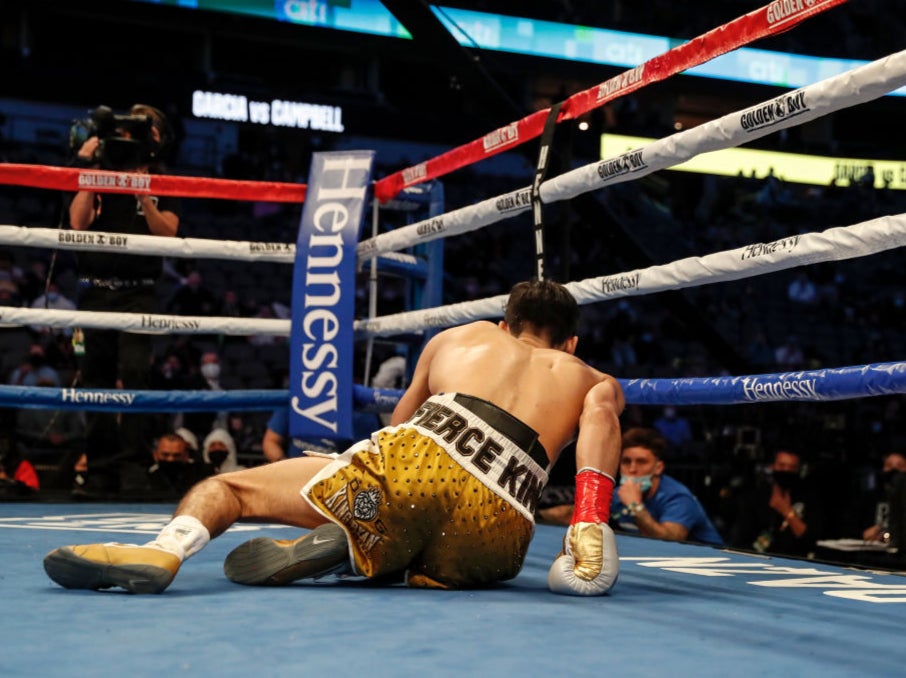 Ryan Garcia is knocked to the canvas in the second round

Soon, though, his arrogance was to prove his undoing and, as he chased an early finish, Campbell countered with a fierce left that dropped his opponent.

Garcia claimed it was the first time he had ever touched the floor and, although he was visibly shaken, he reacted well, rising early to the count. Campbell failed to go for the finish and, in that window alone, his chance was gone.

In the third, Garcia began to re-establish his rhythm and range, respecting Campbell’s threat before opening up and firing in bursts again. And while Campbell mustered moments of danger, with Garcia’s defence glaring with vulnerabilities, the finish only seemed to become more inevitable.

Just seconds before the bell in the fifth round, Garcia caught Campbell with a brilliant counter left hook and the Briton stumbled back to his corner hurt and drained, admitting to his trainer, Shane McGuigan that he felt buzzed. He survived one more round but the ending in the seventh was clinical, with Garcia drawing Campbell’s hands high before planting a hook low to the body. The Briton writhed on the canvas in agony and failed to meet the count.

Garcia’s celebrations were ecstatic, both with joy but, perhaps, largely relief. This was the biggest test of his nascent career and he passed it in absorbing style, even if he is destined to always divide opinion.

Online his star was already born. In the ring, it has now burst into life.

This weekend get a £10 free bet with Betfair, when you bet £10 on a Same Game Multi on the Premier League. Terms: Min £10 Same Game Multi bet on any EPL match this Fri – Sun. Free bet valid for 72 hours, awarded at bet settlement. Excludes cashed out bets. T&Cs apply.

END_OF_DOCUMENT_TOKEN_TO_BE_REPLACED

END_OF_DOCUMENT_TOKEN_TO_BE_REPLACED
Recent Posts
We and our partners use cookies on this site to improve our service, perform analytics, personalize advertising, measure advertising performance, and remember website preferences.Ok