SAN MARINO'S stadium was plunged into total darkness ahead of tonight's World Cup qualifier against England following a 'loud bang'.

Sky Sports claimed 'light plumes of smoke' were seen coming from a building next to the Stadio Olimpico di Serravalle. 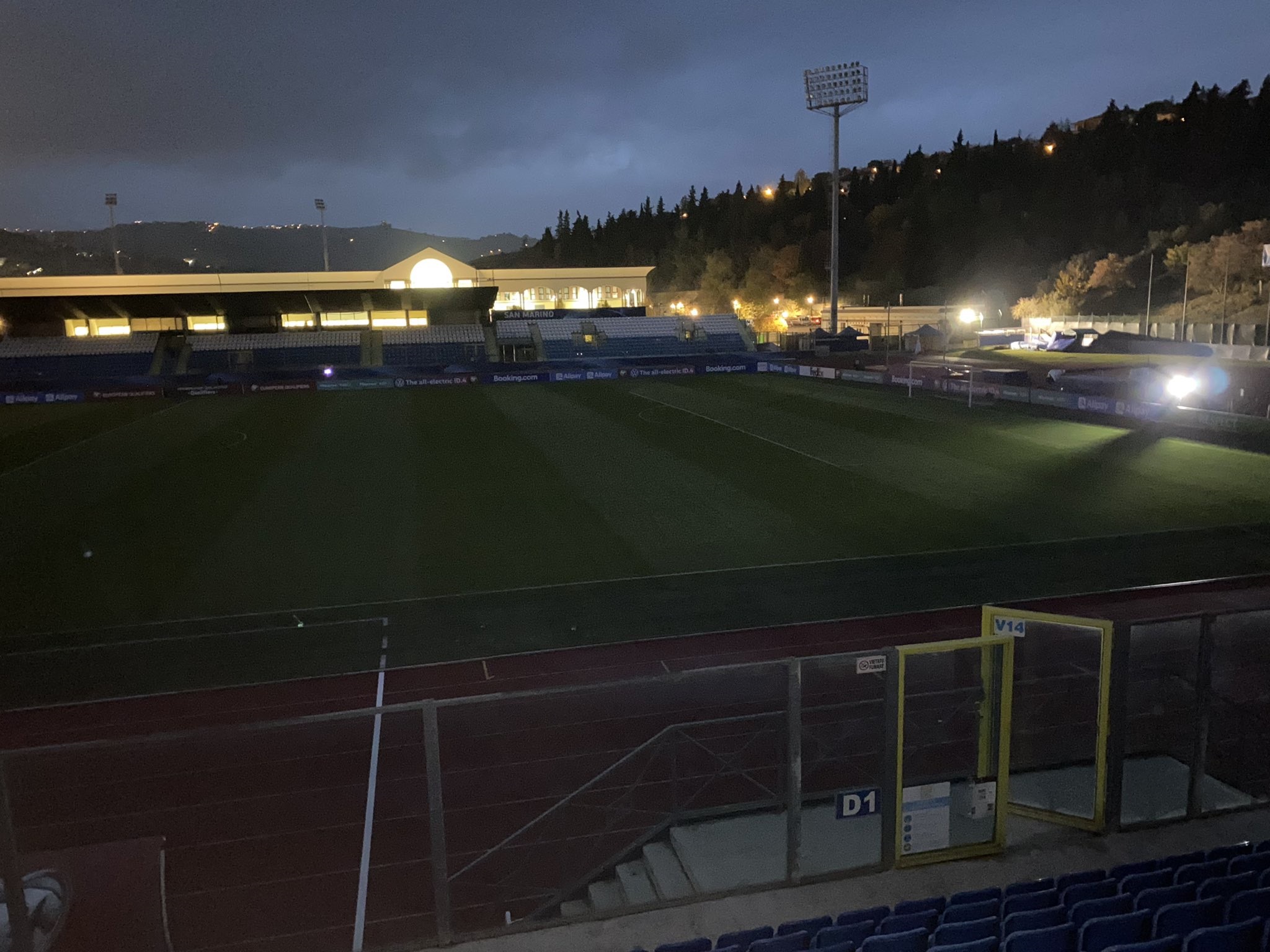 And it seemingly severed all power, with the arena's lights shutting off.

But England's crunch World Cup qualifier is likely to go ahead after most power was quickly restored following some frantic work behind the scenes.

Sky claim the lights are working at '75 per cent capacity' now.

And Fifa representatives will monitor them to decide if they are strong enough amid concerns an outage could happen again before kick-off.

Gareth Southgate's men need just one point to seal their spot at Qatar 2022.

The Three Lions are on course for the World Cup after thrashing Albania 5-0 to take a step closer to automatic qualification.

It's not the first time this year England have been affected by a pre-match problem.

Indeed, October's game at Andorra went ahead despite part of their stadium catching FIRE just hours before kick-off.

The blaze caused substantial damage to the dugouts and surrounding turf.

But with the pitch remaining intact, England were given the green light to play, winning the match 5-0.