Home » Sport » Saying Goodbye to the Knuckleball, and Its Master

Saying Goodbye to the Knuckleball, and Its Master

They gather every year, except for this cruel one, in the village where they are immortal. The men on the stage in Cooperstown, N.Y., at the annual Baseball Hall of Fame induction ceremonies, brought joy to millions. We look at them and see endless summer.

Yet life goes on for them after the final out, and only their feats live forever. The further they get from the field, the stronger their sense of mortality.

“It’s kind of bittersweet, because each year you sit there and you look around and you say to yourself, ‘Who’s not going to be here next year?’” Ozzie Smith said recently. “And it happens so quickly. When you first go in, you see all these people and you don’t think in those terms: ‘When is this person going to leave this earth?’ This year was a real tough one.”

Smith, the virtuoso shortstop, spoke by phone this month before the departure of yet another grand old man of the game. On Sunday we learned that Phil Niekro, the greatest knuckleball pitcher in baseball history, had died of cancer the day before at age 81. Niekro joined Al Kaline, Tom Seaver, Lou Brock, Bob Gibson, Whitey Ford and Joe Morgan in a grim lineup of greats we lost in 2020.

They all overlapped for one season — 1967 — and Niekro played the most recently, in 1987, with Cleveland, Toronto and, for a final cameo, the Atlanta Braves, his primary team. He was 48 years old then, his fifth year in a row as the game’s oldest player.

Defying age, of course, is part of the magic of the knuckleball. Hoyt Wilhelm, the other knuckler with a plaque in Cooperstown, retired at 49. Charlie Hough was 46, Tim Wakefield 45, R.A. Dickey 42. The majors’ oldest player this season was a designated hitter, Albert Pujols, who is 40. On a related note, the knuckleball is essentially extinct.

The website Fangraphs, which tracks every pitch, counted only three pitchers who threw the knuckleball in 2020: Erik Kratz, Todd Frazier and Bryan Holaday, position players moonlighting as pitchers at the end of blowouts. The idea that his pitch would survive only as a joke must have dismayed Niekro.

“Phil and Charlie and Wake, they all would share how important it is to perpetuate the craft,” Dickey, who won the 2012 National League Cy Young Award while with the Mets, said by phone on Sunday. “We know how hard it is to do it, how rare it is to do it — and it’s so hard to evaluate. It’s hard to catch it, it’s hard to coach it. It’s hard to predict what it’s going to be.” 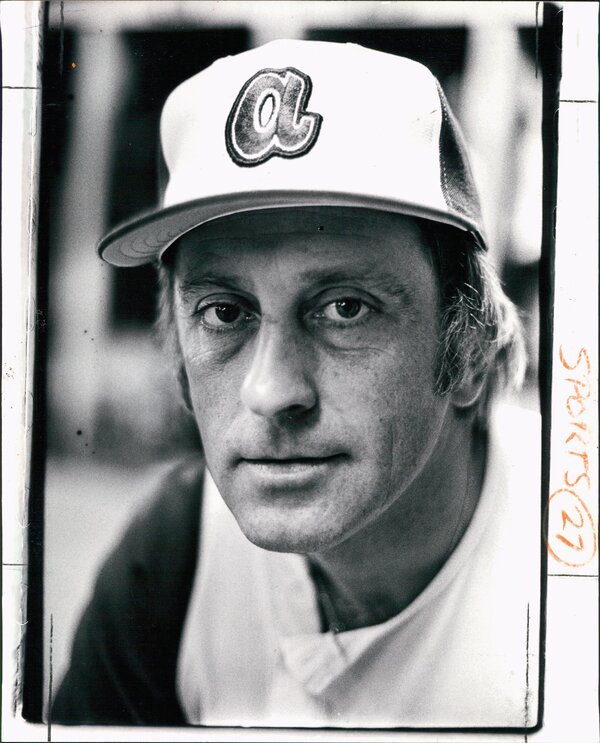 Niekro learned the pitch he used through 24 major league seasons from his father, also named Phil, a sandlot pitcher in Ohio who turned to it after hurting his arm. It worked so well for young Phil in pickup games with neighborhood kids — including John Havlicek, the future N.B.A. Hall of Famer — that he never saw the need for other pitches.

“I didn’t know there were knuckleball pitchers in the big leagues,” Niekro said a few years ago. “I didn’t even know what a knuckleball was. It was just something that I had fun with, playing catch with my dad.”

Jim Bouton, the author of “Ball Four,” loved telling the story of meeting Niekro in Kearny, Neb., in 1959, when they were both 20 years old and just starting their pro careers. Bouton noticed Niekro practicing his knuckleball in the outfield before a game, and the pitch was dancing.

Bouton threw several pitches, including a knuckleball, and asked Niekro what else he threw. Nothing else, Niekro replied, and Bouton felt pity for him. By 1963, Bouton was winning 21 games for the Yankees and starting in the World Series, while Niekro had still not surfaced in the majors.

“I remembered him and I thought, ‘Oh, that poor kid, he’s still in the minor leagues and I don’t know how he hangs on, because I’m on my way to the Hall of Fame,’” Bouton said, a few years before his death in 2019. “Well, guess what? That poor kid, limited to one pitch — he’s in the Hall of Fame now. It’s a good reminder for me of the tortoise and the hare.”

Niekro was 27 before he reached the majors for good, in August 1966, but his mastery of that one pitch gave him a staggering kind of durability. He had just 31 victories by his 30th birthday, and 287 thereafter. He logged more than 1,000 innings from 1977 through 1979, when he averaged 19 wins and 19 losses per season.

He chafed in 1982 when a couple of other future Hall of Famers — Manager Joe Torre and Gibson, his pitching coach — reduced his workload.

“I didn’t coach him; he was too old to coach,” Gibson said with a laugh in 2015. “Right before we got there, he’d be winning 19 or so, but also losing 19. So what we did, we would get into the sixth or seventh inning and we’d see him not pitching so well and we’d take him out. Oh, it would tick him off!

“The first year we got there, he was 17-4 but he was mad at us because we were taking him out. We wouldn’t leave him in there long enough to get whacked around, because in the seventh or eighth inning, he started getting pretty tired — and because he was throwing a knuckleball, he figured he could just go ahead and pitch nine innings. But that knuckleball doesn’t knuckle, either, when you get tired.”

Niekro would finish with 5,404 innings, fourth on the career list behind Cy Young, Pud Galvin and Walter Johnson, who were all born in the 19th century. But while the knuckleball is easier on the arm — the pitcher is trying to kill spin, not impart it — no other practitioners approached Niekro’s innings total.

The knuckleball only looks like an everyman pitch; it actually takes superhuman patience and persistence. Mastering it, Niekro would tell aspirants, requires complete fidelity.

“My advice to them is take your fastball, curveball and slider and forget about ’em — flush ’em down the toilet,” he said. “You’re going to be a knuckleball pitcher. That’s all we’re going to throw.”

For decades after Niekro’s retirement, the pitch wobbled but endured; someone was always throwing it, from Hough to Tom Candiotti to Wakefield to Dickey, with others mixed in. In 2019, though, it surfaced for just 12 forgettable innings by Steven Wright and Ryan Feierabend. And in 2020 it was gone.

Now Niekro is gone, too, and while his pitch might return, there will never be another pitcher quite like him.

“He had a presence that just transcended what you encounter every day in the clubhouse,” Dickey said. “Supernatural, that’s what he was for me — that supernatural representation of what the pitch could become.”

END_OF_DOCUMENT_TOKEN_TO_BE_REPLACED

END_OF_DOCUMENT_TOKEN_TO_BE_REPLACED
Recent Posts
We and our partners use cookies on this site to improve our service, perform analytics, personalize advertising, measure advertising performance, and remember website preferences.Ok