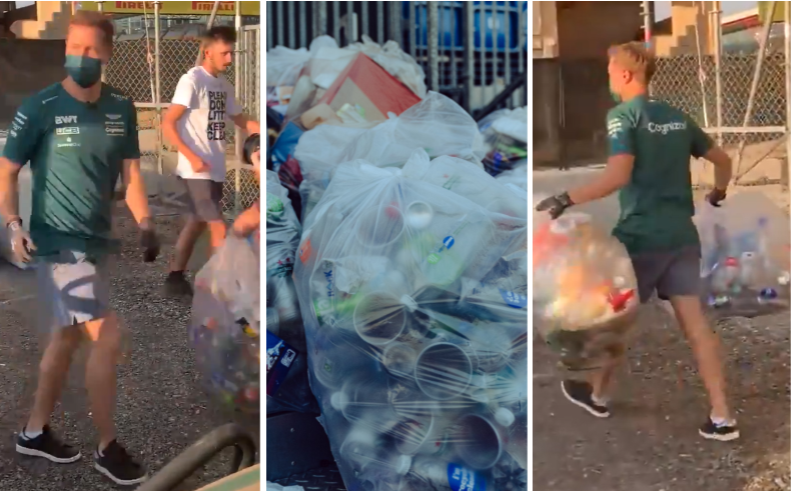 Sebastian Vettel demonstrated once again that he’s one of Formula One’s good guys by staying behind after the British Grand Prix to help Sunday’s clean up operation at Silverstone.

Nearly 140,000 fans packed into the various stands at the Northamptonshire track to witness an incident packed race which was ultimately won by home favourite Lewis Hamilton, in somewhat controversial circumstances.

The reigning world champion cut the deficit at the head of the Drivers’ Championship to just eight points to give a partisan crowd a fitting end to a memorable weekend. 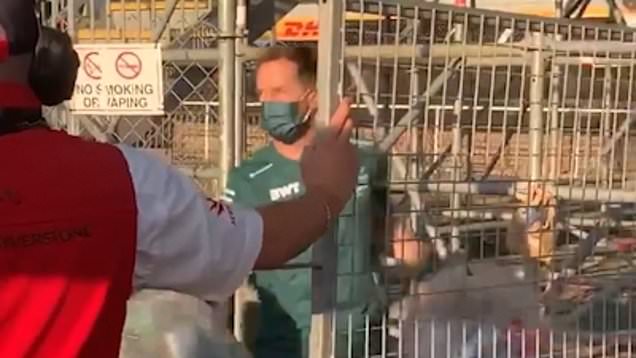 But while the fallout from Hamilton’s crash with Max Verstappen continues to attract headlines, Vettel, who was forced to retire from the race himself having completed 40 laps, set aside that disappointment to embark on a major tidying operation.

The German, a four-time world champion, donned gloves and gathered up bottles, cups and left-over food discarded by spectators.