AC MILAN ace Alexis Saelemaekers pulled off a mesmerising skill after the half-time whistle went in their Champions League clash with Atletico Madrid.

The versatile 22-year-old waited until the referee had blown his whistle to pull off a skill most would only dream of doing. 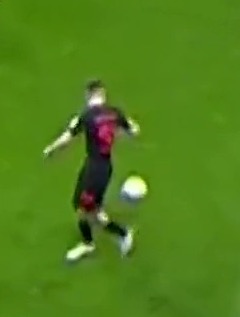 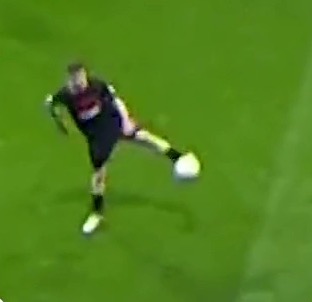 Saelemaekers expertly pulled off a skill known as the 'Akka 3000'.

Although he didn't pull it off in the game, fans have labelled the Belgian a 'wizard'.

One replied to BT Sport's tweet, saying: "I have watched this over 100 times and can’t work out that is even possible."

Alongside the tweet was a meme of Zidane looking shocked with his hand on his head.

Some tried to downplay the skill, claiming to have perfected it in their back garden.

WELCOME to the downtime goldmine

We've got a free to enter competition with Pokerstars Casino that will see one lucky Sun reader win a cool £5,000.

It's time to win while you wait. Are you in?

One replied: "I do this at my backyard every day with my eyes closed, nothing special."

Saelemaekers' skill must have given Milan good luck as they went on to win the game 1-0, giving themselves a chance of qualifying for the knockout stages of the competition.

The Serie A side are third in Group B, one point behind second place Porto and 11 behind group leaders Liverpool.

Saelemaekers attempted the skill again at full-time, and of course he pulled it off.

But the ball bounced off the pitch and hit his own manager Stefano Pioli.

The Italian probably didn't care considering the huge result his team had just pulled off.

Saelemaekers was ultimately out-done in the same night, though.

Liverpool ace Thiago scored one of the most mind-boggling goals you'll see all season.

The midfielder sliced across the ball from 30 yards out, fizzing it into the bottom right corner of the net.

And in some angles of the replay, the ball looks like it didn't even touch the ground.