A FAN invaded the pitch and threw a punch at an MLS star before being wrestled to the ground.

And in more shocking scenes, cops also dealt with reports of a shooting at the match in California. 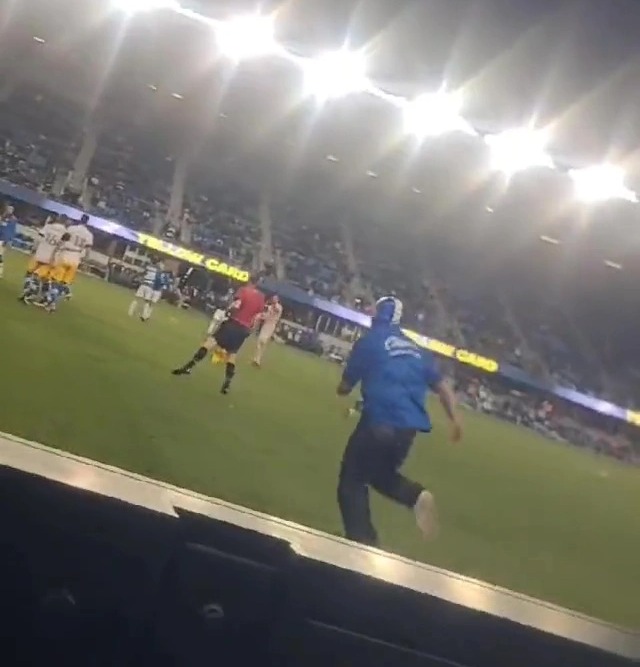 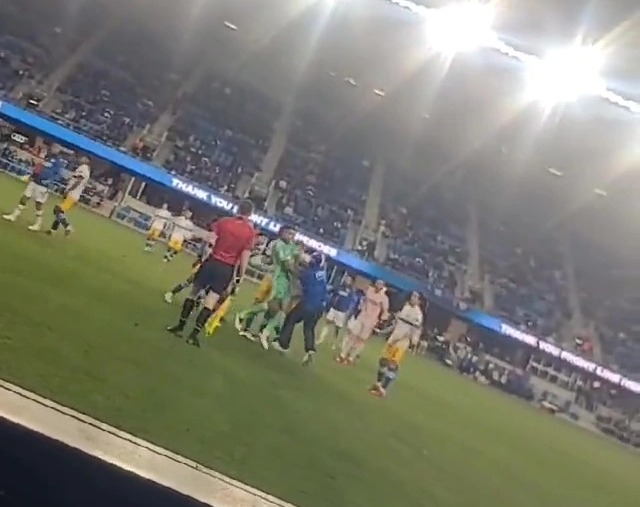 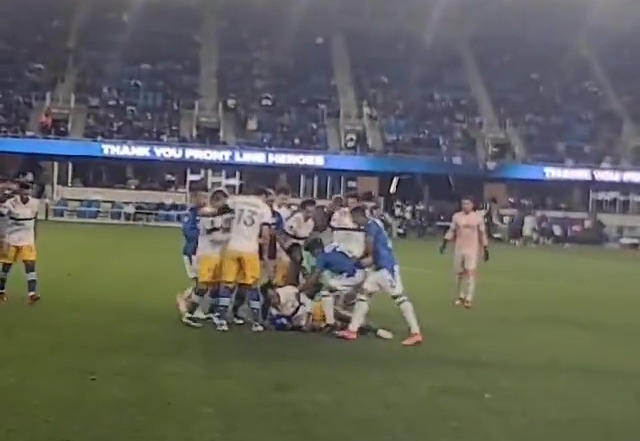 San Jose Earthquakes took on Mexican side Cruz Azul on Thursday night in an apparent friendly match at PayPal Park.

With 37 minutes on the clock, tempers flared with a shoving match which saw Quakes defender Nathan and Cruz star Jonathan Rodriguez sent off.

But after the pushing, one supporter in a blue t-shirt leapfrogged the advertising hoardings and made his way into the middle of the melee.

He aimed a swing at San Jose midfielder Jack Skahan before goalkeeper Daniel Vega joined players from both teams in yanking the raging fan down.

Chris Wondolowski – the MLS record goalscorer – helped by getting the attacker in a headlock.

Security then jumped in to take control of the situation, escorting the fan away.

San Jose scored twice in the second half through Paul Marie and Christian Espinoza to secure a 2-0 victory.

But there was more trouble after the full-time whistle as violence broke out.

"After tonight’s soccer game multiple fights and at least one shooting was reported at the stadium and surrounding lots.

"This is an active scene. Unknown injuries and no numbers on arrests yet."

They later added: 'More than one person has been transported to local hospitals by ambulance.

'Various injuries, many stemming from physical assaults. At this time none are life-threatening injuries.

"An unlawful assembly was declared during this event."

And on Friday morning they confirmed five arrests were made, including at least one for firearms violations, with one person suffering a grazing bullet wound but all injuries were reported to be non-life threatening. 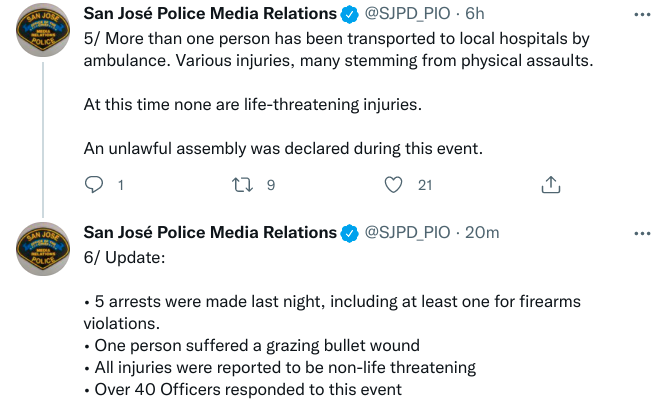