FILIP HELANDER was the unlikely hero for Rangers as they earned a draw in the first leg of their last-16 Europa League tie.

The Light Blues appeared to be suffering from a Premiership title party hangover in the opening stages of the game, with Slavia Prague well on top. 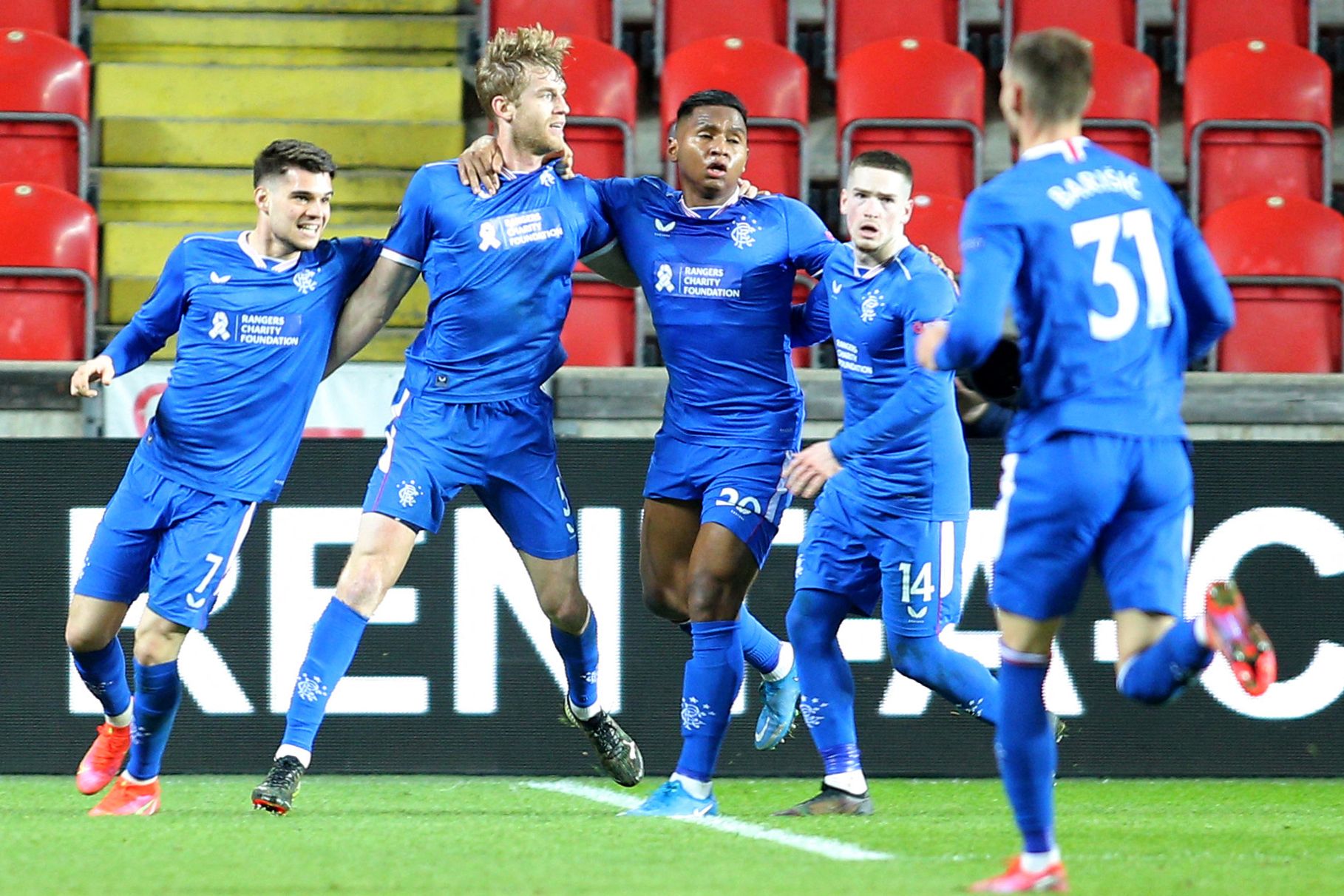 But Swedish star Helander bagged just before half time to ensure the game remains firmly in the balance heading to next week's second leg at Ibrox, where Steven Gerrard's side will look to make home advantage count.

It was a nightmare start for the away side, as they were caught sleeping by the Czech outfit.

Nicolae Stanciu scored with a thunderbolt after seven-minutes to give Prague an early lead.

The attacker received the ball wide on the left, close to the edge of the box. 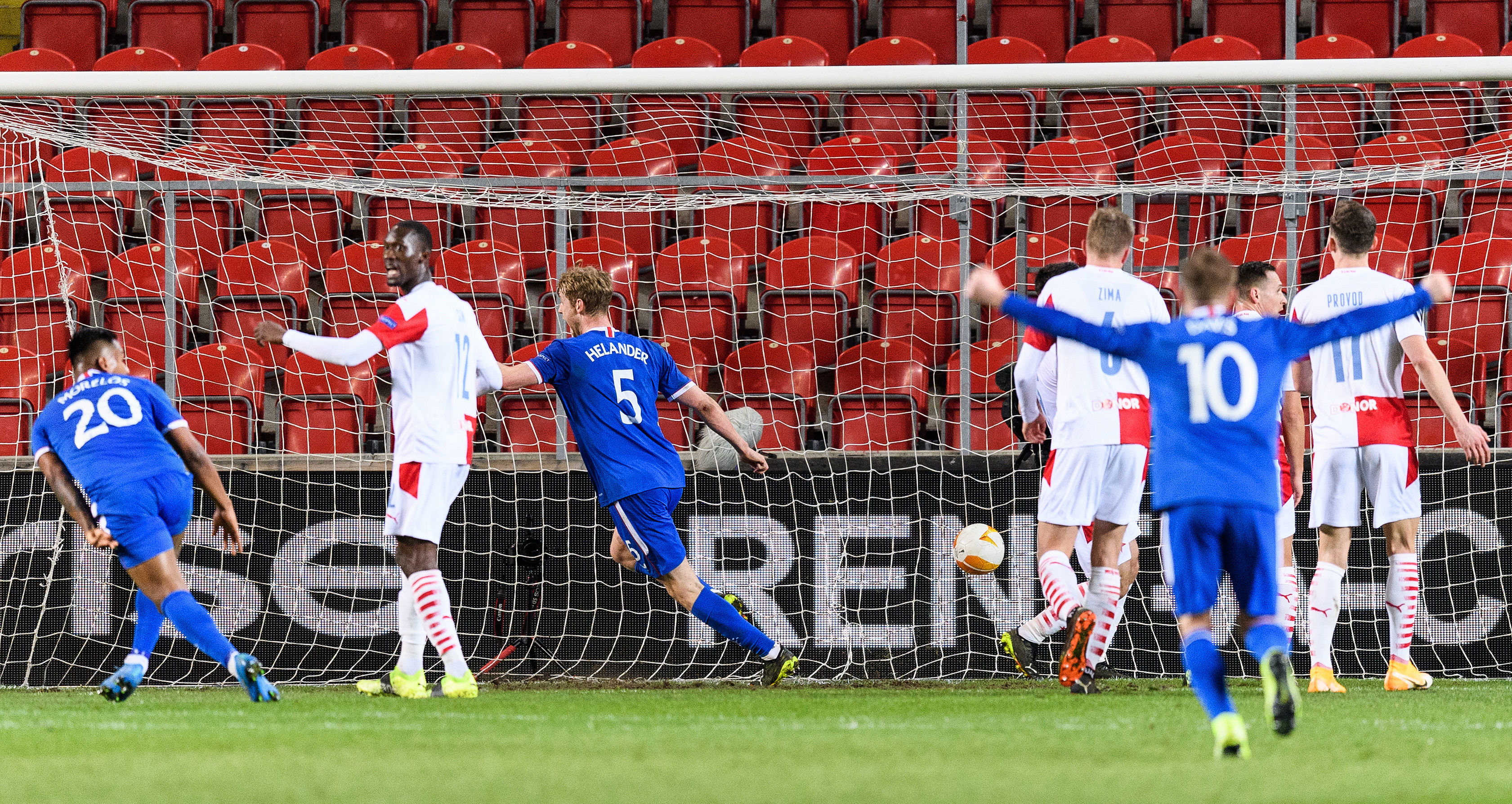 He got the ball from underneath his feet and unleashed a vicious strike high into the top corner, leaving Allan McGregor rooted and no chance of saving.

It was no more than the hosts deserved, with some sloppy all round play from the Gers midfield and defence, and a couple of McGregor's kicks going wayward.

It was clear the Light Blues had an almighty task on their hands.

Around ten minutes later, the ever reliable Glen Kamara was caught dithering in his own half and Slavia started another attack, which fortunately for Rangers came to nothing as a cross was over-hit.

Steven Gerrard was clearly frustrated with his side and was eager to try and perk them up, with the home side well deserving of their lead.

Borna Barisic was first into the referee's book on 28-minutes after a mistimed shoulder challenge. 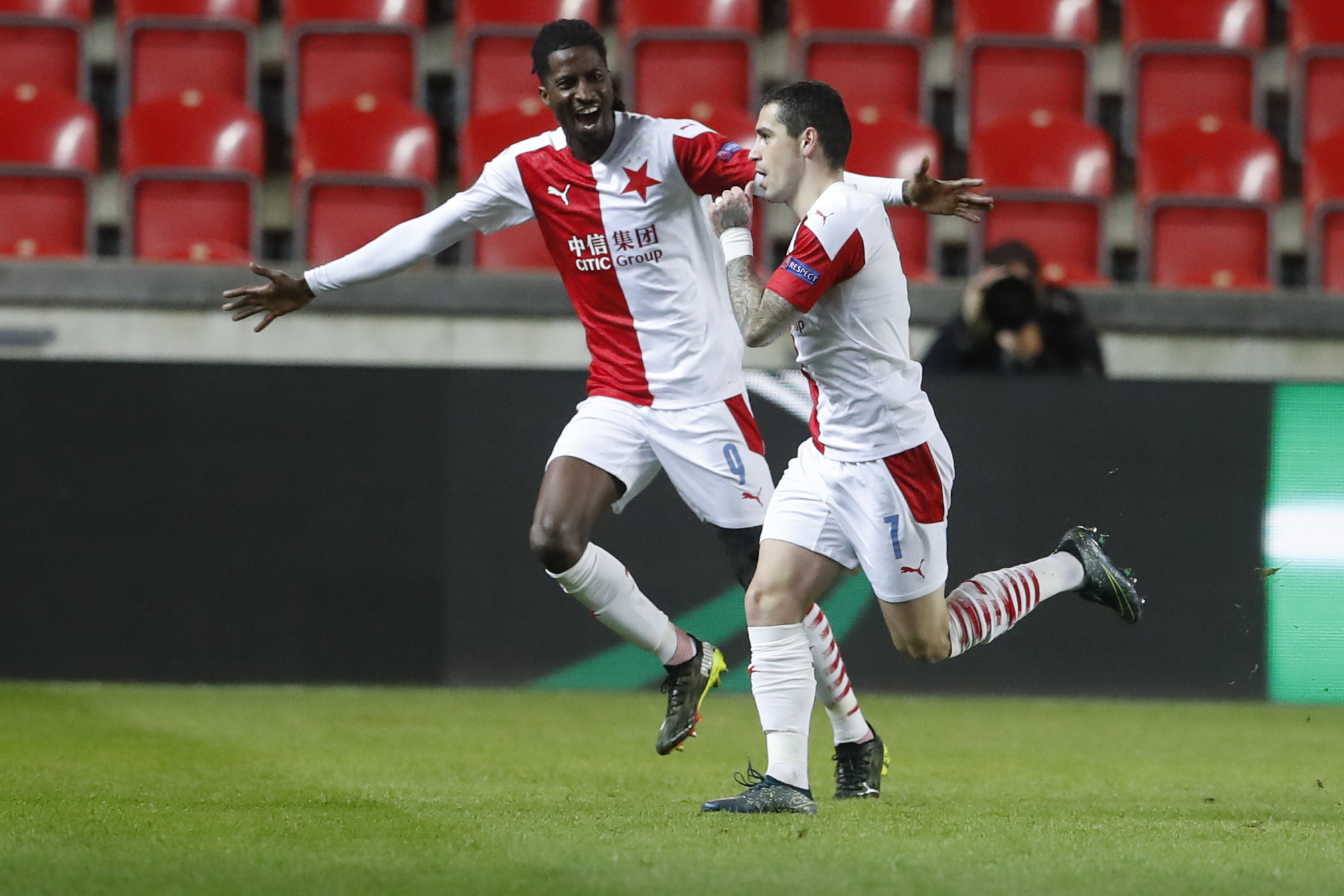 And it was almost a very costly error, with Jan Provod attempting a cheeky attempt to catch McGregor out at his near post with the resulting free kick, but the veteran managed to push the ball to safety.

But minutes later, against the run of play, Rangers got a vital away goal.

A free kick from deep was sent into the box, Connor Goldson deflected the ball towards the byline in the direction of Ianis Hagi. The Romanian did brilliantly to reach it and square the ball across the six yard box for Filip Helander to poke home and level proceedings.

The goal was exactly what the Gers needed and it most certainly sparked an improvement in the general play of Gerrard's side.

After half-time, tough-tackling Slavia continued to dominate possession, however, the match was more balanced in terms of shots at goal.

Steven Davis was booked, while Prague's David Zima was also cautioned by the whistler for halting Alfredo Morelos on a dangerous looking attack.

On the hour mark Joe Aribo had a sight of goal, but his left-footed shot was lashed wide as the Gers had a rare opportunity to relax defensively. 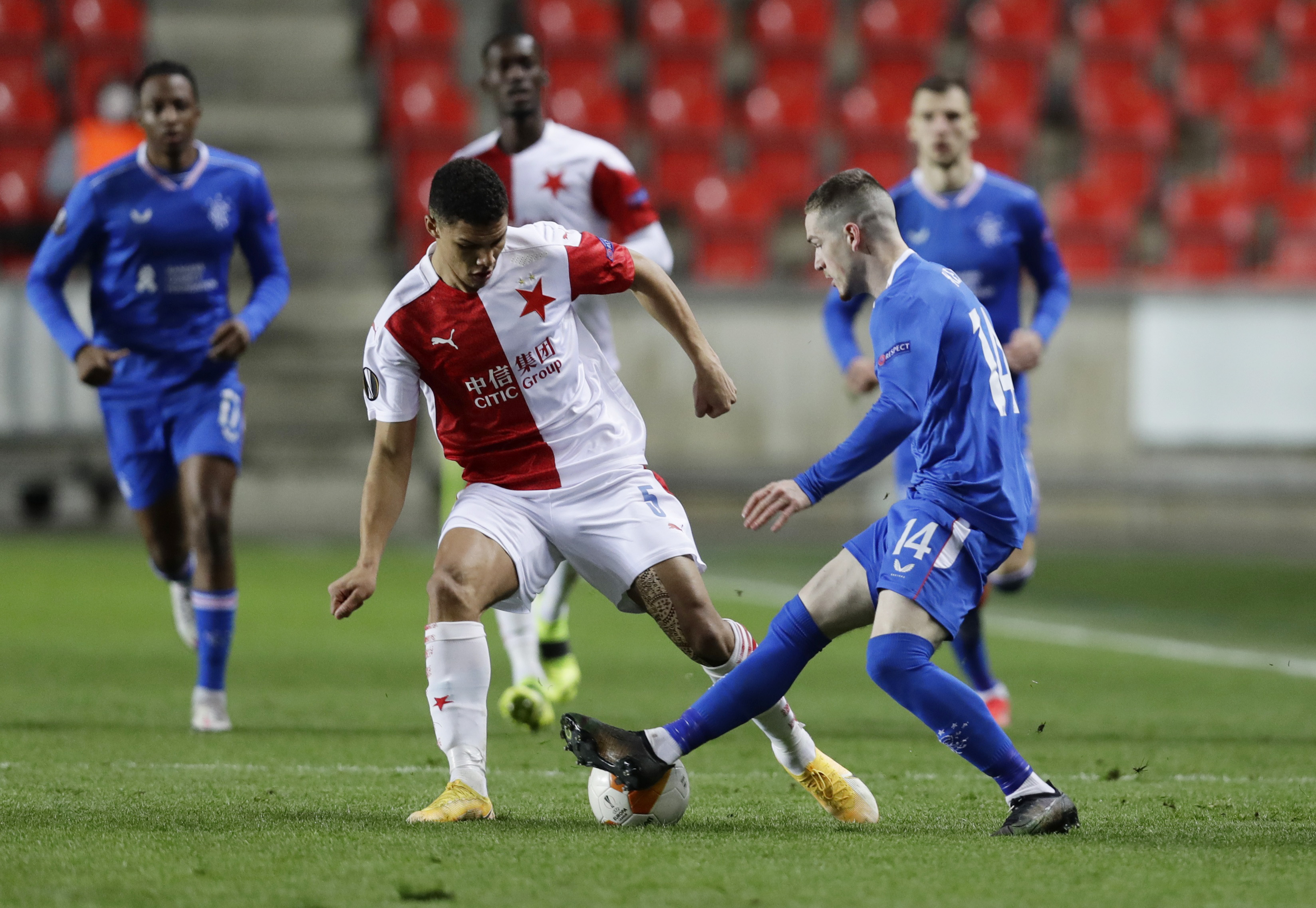 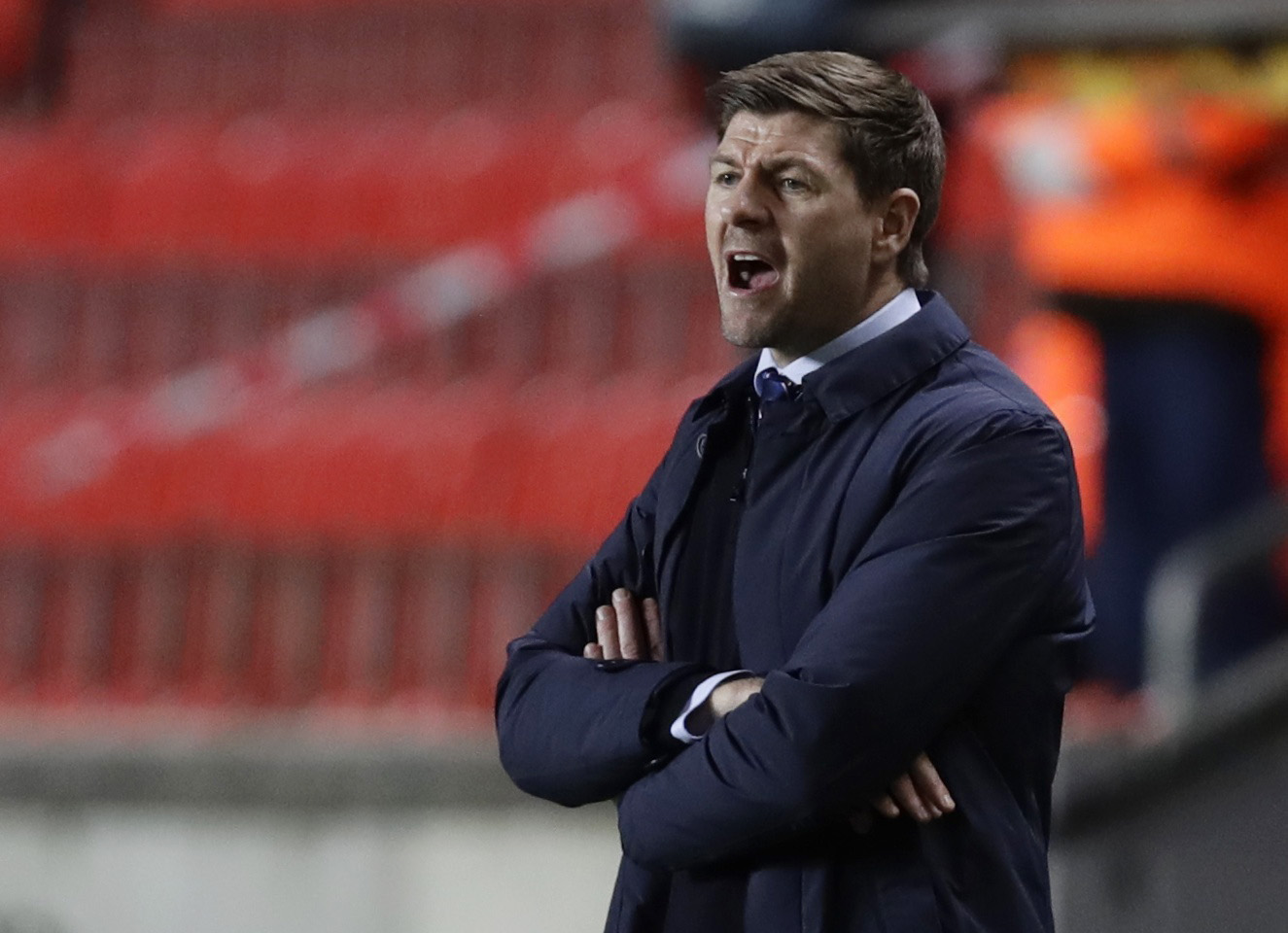 The midfielder's foray forward seemed to spark the away side into life.

Less than four minutes later and Ryan Kent looked to have put Rangers into the lead.

The Englishman met Aribo's low, driven cross with the ball looped high into the air and heading towards the top corner

Keeper Ondrej Kolar was alert to the attack and managed to claw the ball away from under his crossbar.

Then on the 69th minute Goldson went agonisingly close to making it two as well.

The ex-Brighton ace was inches away from connecting with a lovely free kick from Barisic. Any kind of touch and it would've been a goal for Gerrard's men.

Kemar Roofe stepped up his comeback from injury as he entered the pitch for Aribo in the last ten minutes.

But it was goalkeeper McGregor who proved to be the last-minute hero, denying Slavia with an outstanding save to add to his highlights collection.

The 39-year-old was at full stretch to deny the home side from a close-range, thumping header.

The Gers will now look to do business at home in the return leg next week.