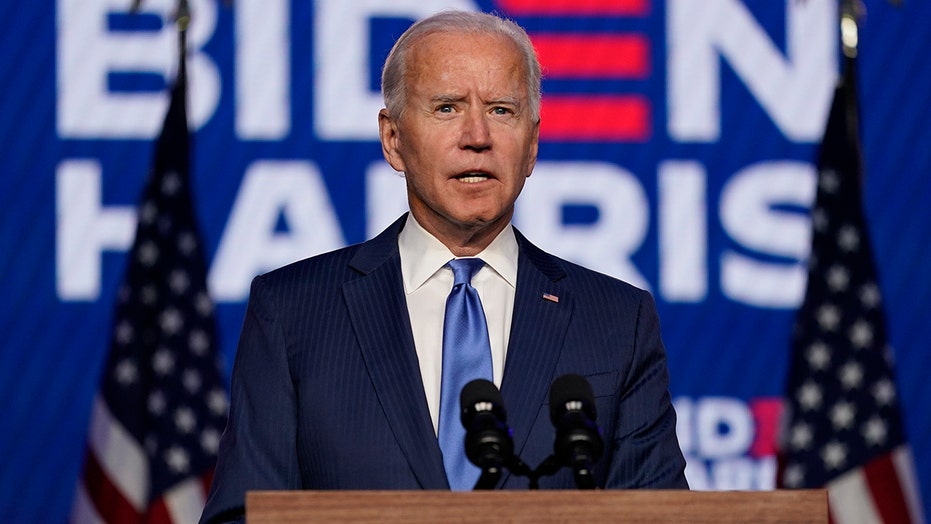 Syracuse University football coach Dino Babers was among the sports figures reacting to the news that Democrat Joe Biden picked up the two states needed to become the next president of the U.S.

Biden has a Syracuse connection, as the former vice president graduated from law school at the university in 1968. He is the first Syracuse alumnus to be elected president.

Babers recognized that Saturday and told reporters what it would mean for Biden to be elected, according to Syracuse.com.

“I mean, to have the opportunity to be the head football coach at the university where the president-elect graduated from, I think is huge,” Babers said. “Not only is it a huge honor, but I think it’s a huge recruiting advantage when you go around the country and say, 'Hey, come to Syracuse University. You can be a president of the United States.'”

He added: “I’m very proud and I’m glad that happened, and I hope I get an opportunity to meet him. I think that would be extremely cool.”

The Orange haven’t been the ACC powerhouse to beat in quite some time. The Orange lost to Boston College on Saturday, 16-13.

The team produced an All-American in 2018 with kicker Andrew Szymt, but before that it was Dwight Freeney in 2001. The last two-time All-American was the legendary Ernie Davis in 1960 and 1961.

Babers led Syracuse to a 10-3 record in his third season in 2018. The team won the Camping World Bowl and finished ranked 15th in the Associated Press Top 25.

END_OF_DOCUMENT_TOKEN_TO_BE_REPLACED

END_OF_DOCUMENT_TOKEN_TO_BE_REPLACED
Recent Posts
We and our partners use cookies on this site to improve our service, perform analytics, personalize advertising, measure advertising performance, and remember website preferences.Ok