HISTORY-MAKER Sky Brown slayed the prelims as she eased her way into the skateboarding final.

She became the youngest British summer Olympian of all-time at 13 years and 28 days in the event. 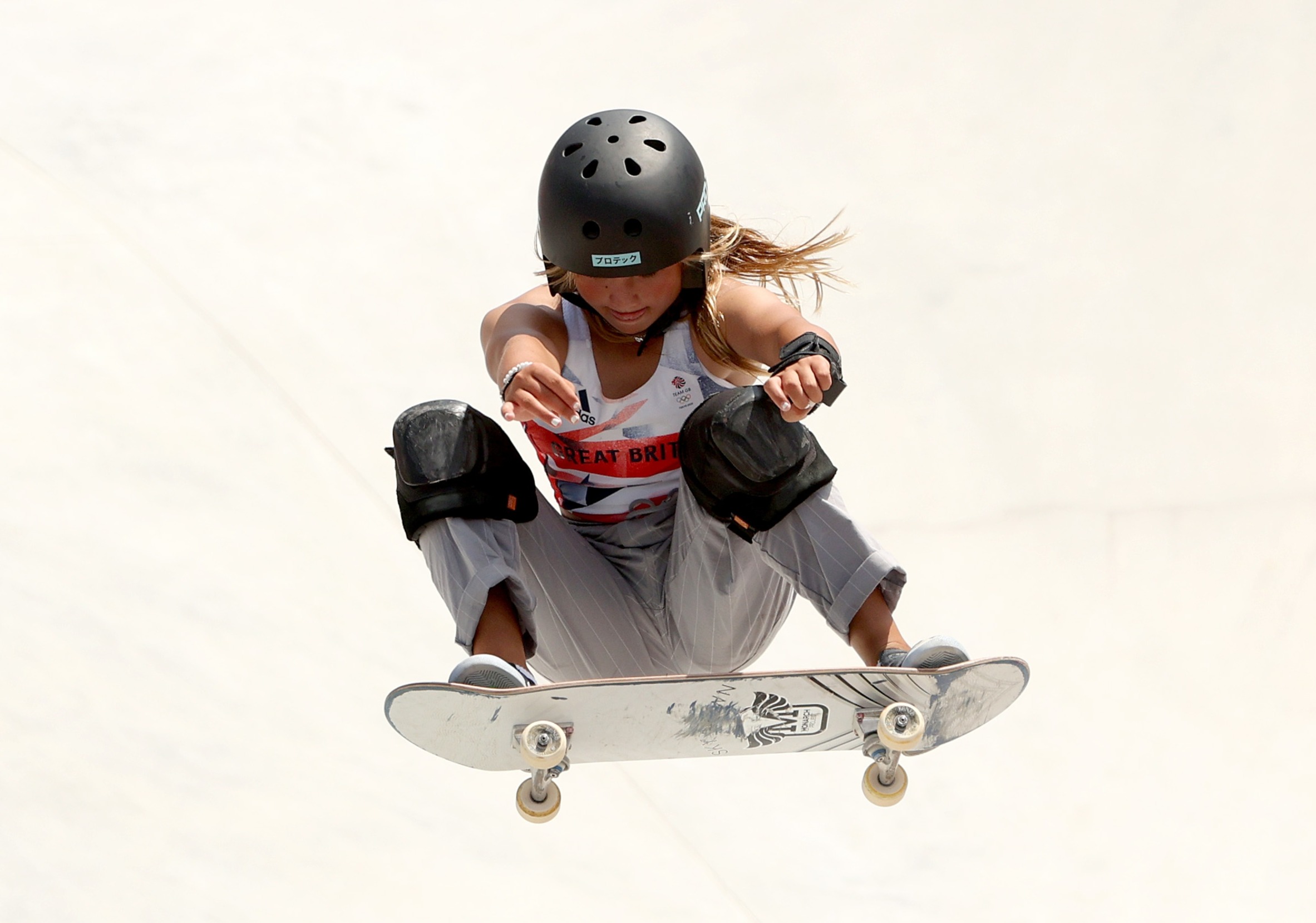 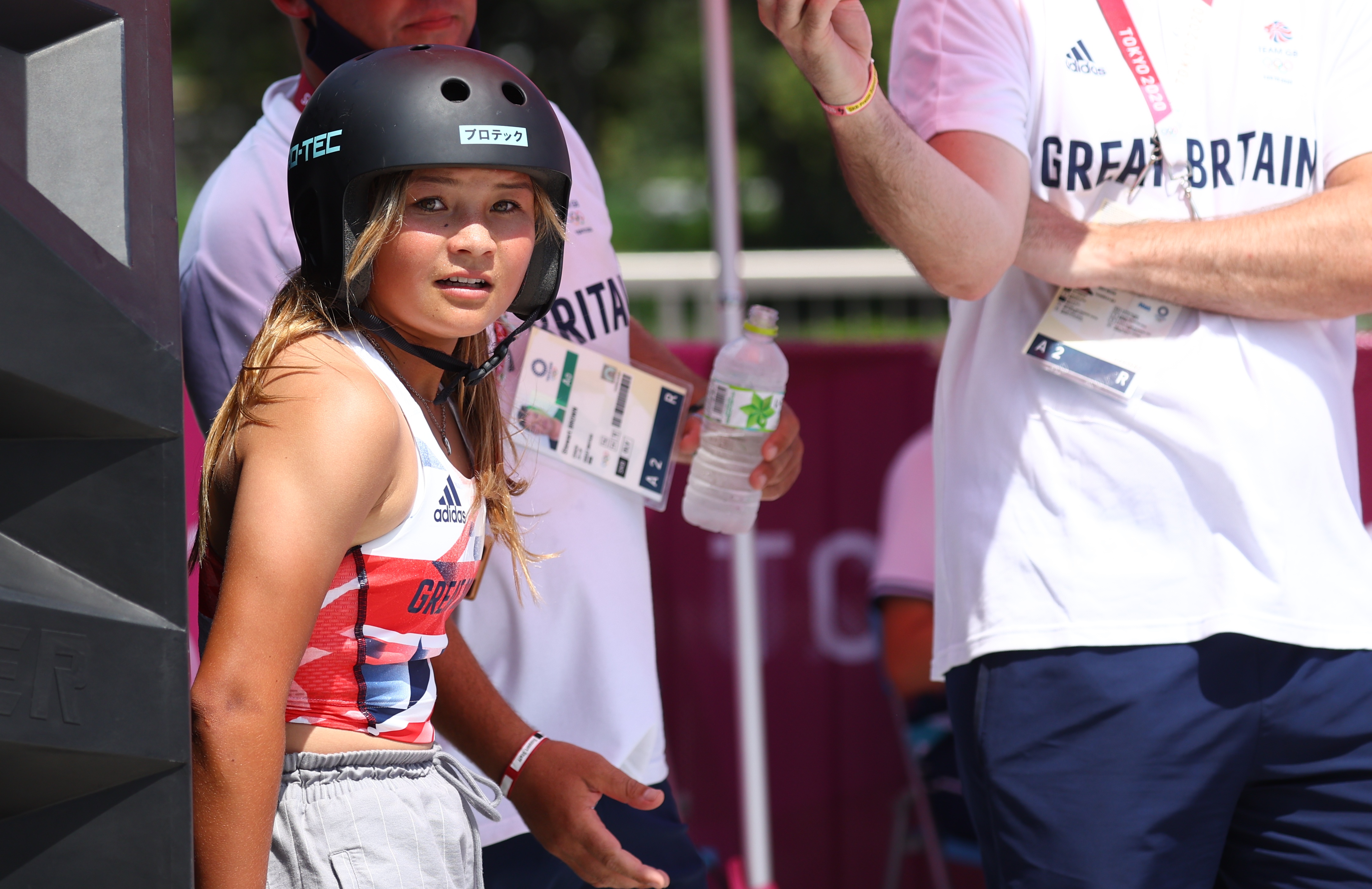 And the Sky is now the limit for her as she looks to celebrate her achievement by clinching gold later in the final at 4.30am.

The young superstar recorded a phenomenal score of 55.26 in her first run of the prelims.

That was the highest out of her heat, and she followed that up with a stunning ride moments later.

It got even better for Brown, who added a nose grind into her routine, then scored an impressive 57.40 in her second run.

It was an amazing warm-up for the final for the talented teen – but it was disappointment for her fellow Team GB skateboarder Bombette Martin.

She was eliminated due to her score no longer being in the top eight although she still created her own little piece of history.

The 14-year-old is the first Olympian to ever compete in this event.

Brown was already guaranteed of qualification for the final as she took off for her third run.

And she made it look so easy as she continued to slay the prelims in the boiling Tokyo heat with a score of 40.03. 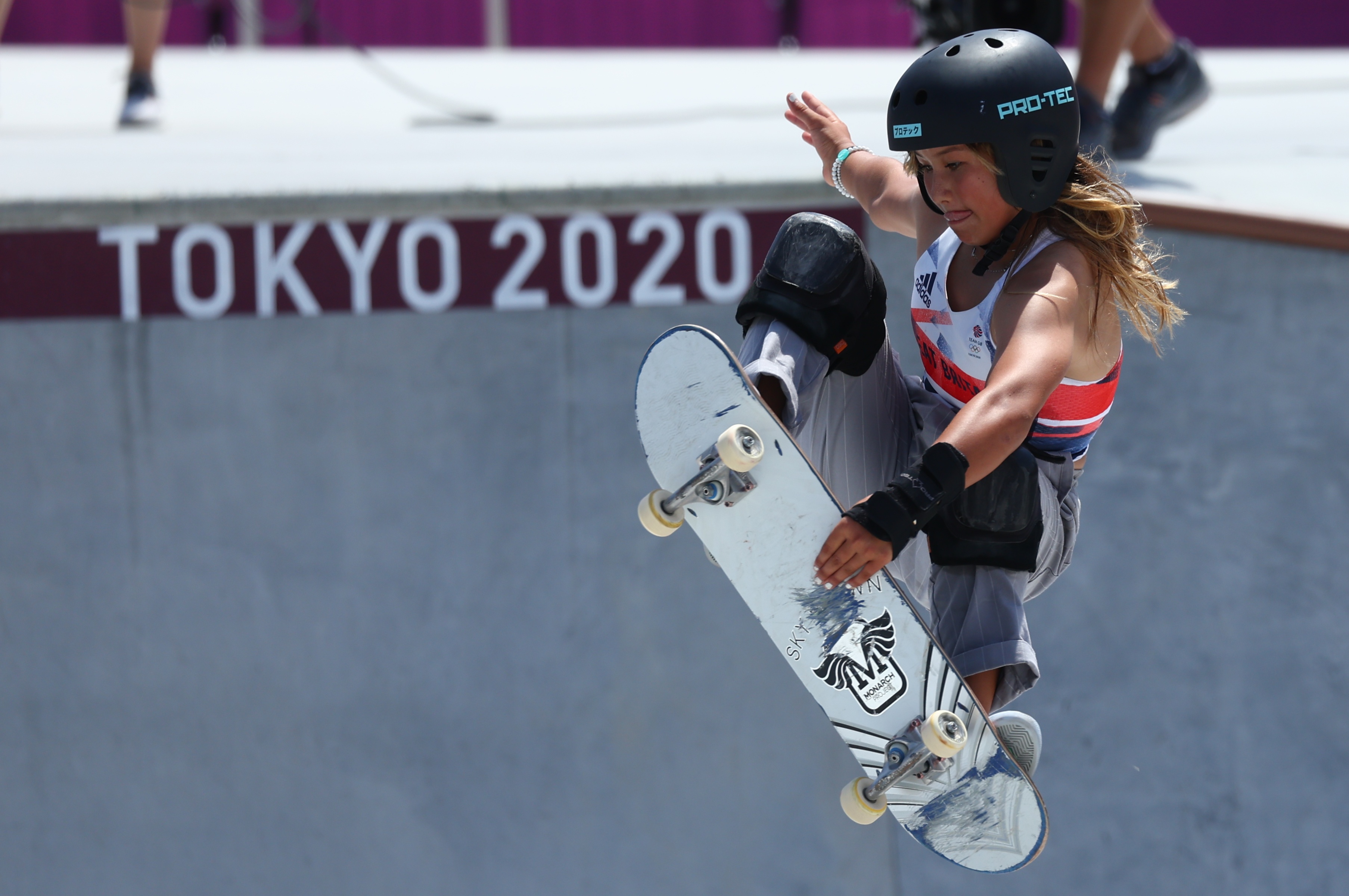 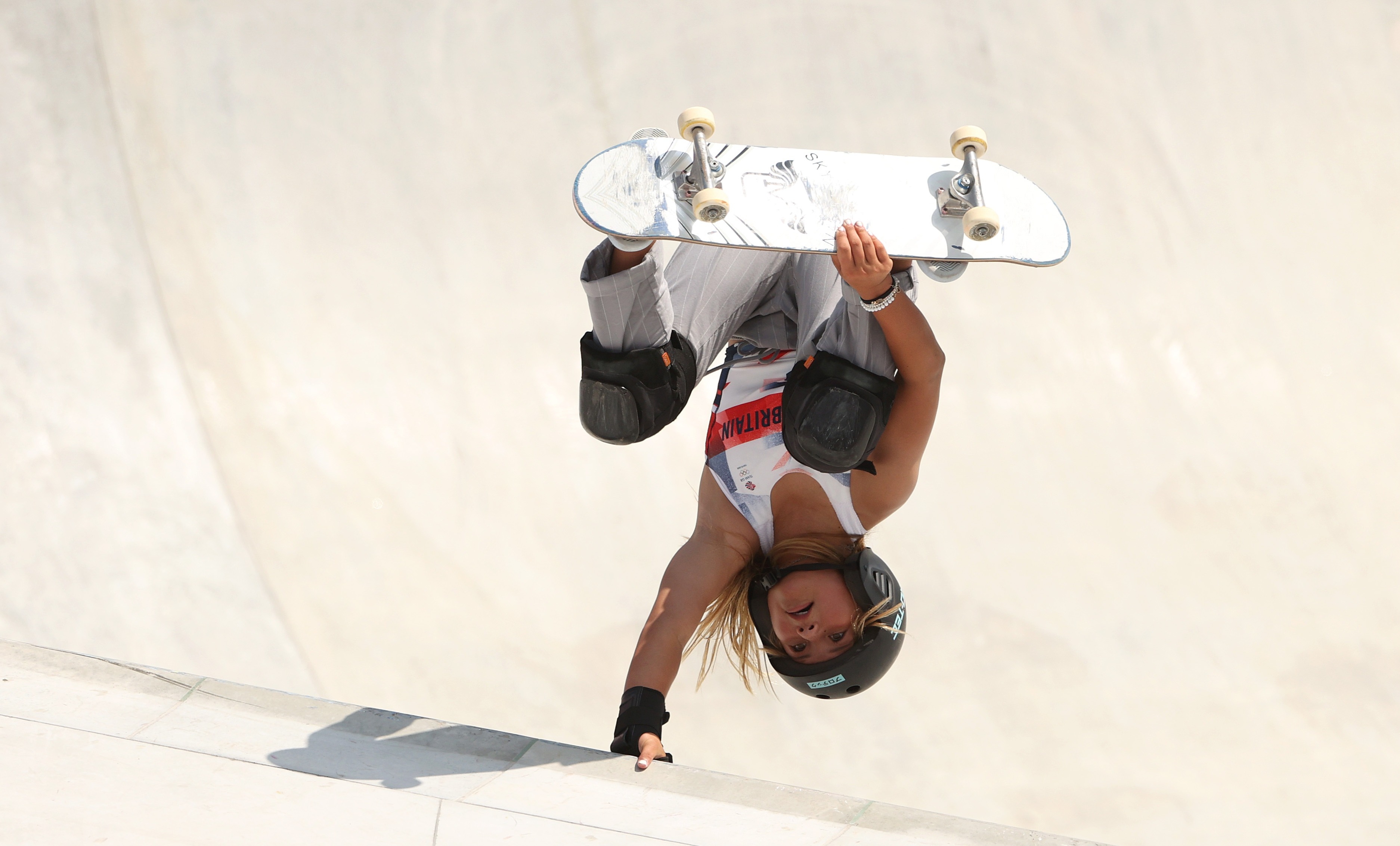 Brown said: “That was insane. It’s crazy to be here. It’s awesome to be here.

“I didn’t really think about the scores but I’m really stoked with that score.

“I have some other tricks but I just really want to enjoy the time of being in the Olympics and make good memories.” 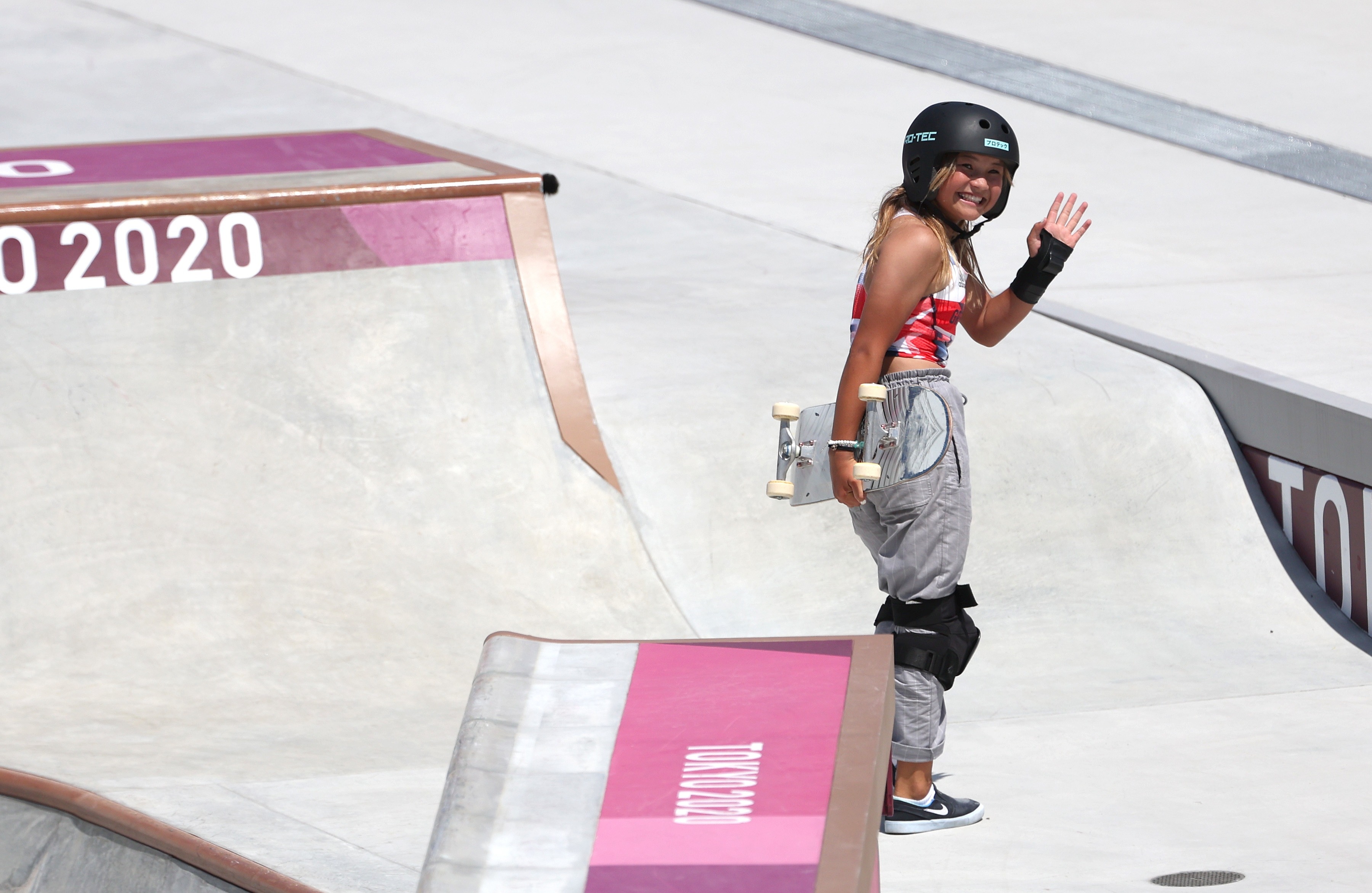 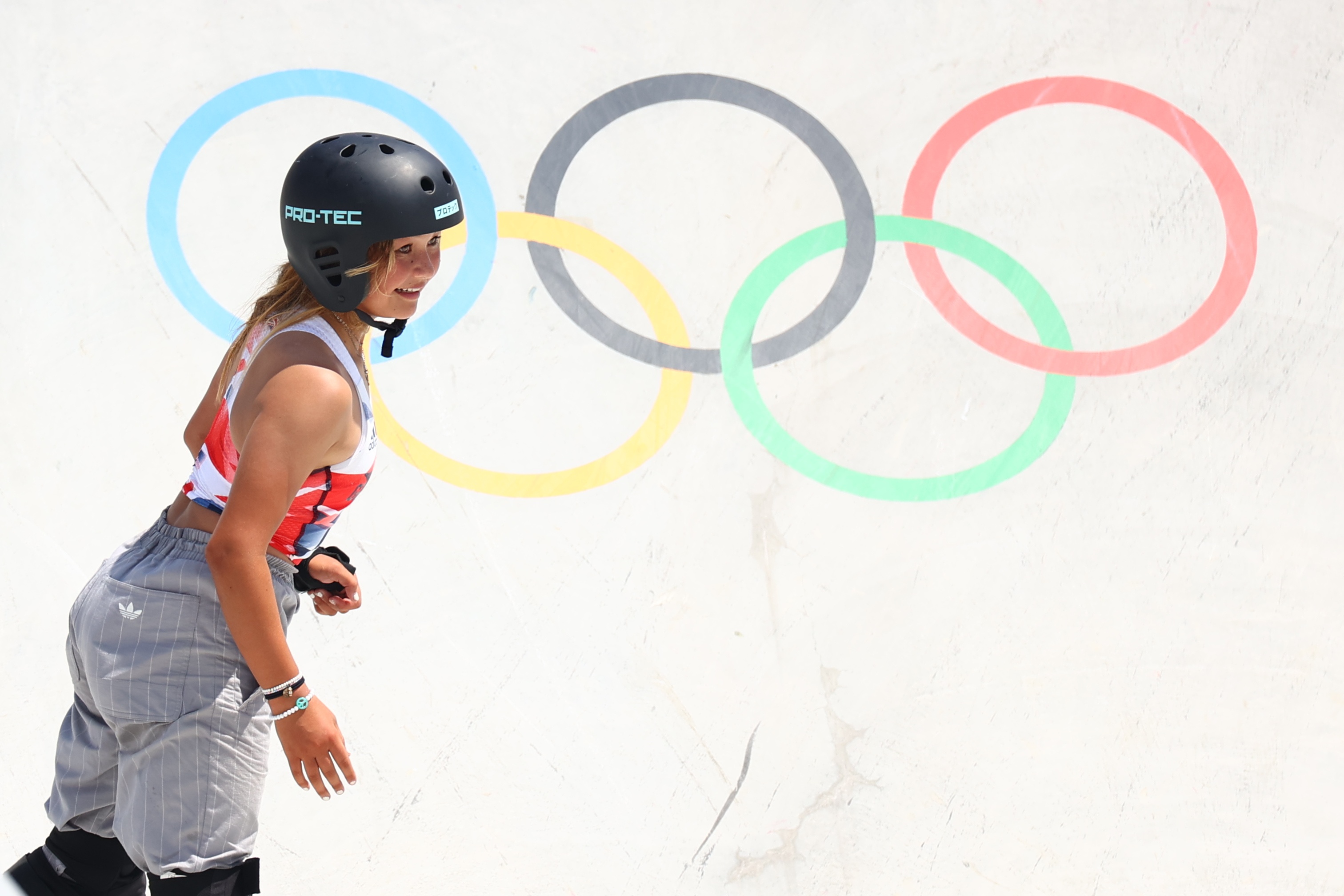 🥇 TOKYO OLYMPICS LIVE: All the latest from the Games with our live blog

🥇 WHAT'S ON TODAY? Best bits to watch at the Olympics and UK times for your favourite stars