The offending chant had been broadcast during Turkish league matches for months before anyone noticed it. The refrain, a variation of which is often heard in stadiums around Turkey, ends with a profanity directed at Fenerbahce, one of the country’s biggest and richest clubs.

For months, it had been included in the prerecorded crowd noise that has become the soundtrack to live sports in empty stadiums in the coronavirus era. And for months, no one in Turkey said a thing — until January, when a keen-eared observer noticed the chant in the background of games involving one of the league’s smallest teams.

Now, it is the latest flash point in an increasingly bitter dispute pitting Fenerbahce — a Turkish soccer team which has millions of passionate fans and is led by one of Turkey’s richest men — against beIN Media Group, one of the world’s largest buyers of sports rights.

Fenerbahce has seized on the revelation about the chants as proof of its long-held belief that the Qatar-based broadcaster, through its beIN Sports Turkey subsidiary, had an agenda against the club. The fight has sabotaged interviews and played out in on-field protests, perceived injustices and, most recently, a lawsuit in a Turkish court. It could have serious financial consequences for the entire league, and the club is showing no sign it will relent. 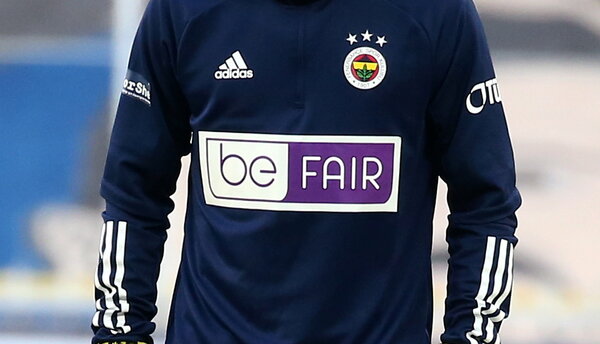 “It would be too naïve to consider all these consecutive incidents as honest human mistakes,” Fenerbahce said in comments it attributed to its secretary general, Burak Caglan Kizilhan. “We believe our arguments are extremely valid and concerning.”

The tension between one of Turkey’s biggest clubs and the league’s official broadcaster has come at a sensitive time for Turkish soccer. BeIN Sports, through its local subsidiary, pays about $360 million for the television rights to the league’s matches.

Now, with most of Turkey’s biggest teams, including Fenerbahce, heavily in debt, the league is planning a new television rights sale. And beIN is wondering if staying involved in Turkish soccer is worth the trouble.

“Why would we deliberately try to disenfranchise one of the biggest clubs in Turkey?” a beIN Media Group spokesman said of Fenerbahce’s accusations. “It doesn’t make any sense, commercially or otherwise.” Like multiple people interviewed for this article, the spokesman asked that his name not be used, to avoid drawing the wrath of Fenerbahce and its fans.

Even before the latest skirmish, the situation had driven beIN executives to distraction. Fenerbahce, through its president, Ali Koc, had been making claims about beIN for months. For example, the team has repeatedly accused beIN of selecting television angles and replays on its broadcasts that cast Fenerbahce or decision for and against the club in a negative light or, alternately, to accentuate the positives of its opponents.

In response, Fenerbahce has mounted hashtag campaigns — amplified by its millions of followers — on social media, dressed its players in anti-beIN gear and even had them wear shirts with a logo doctored to read “beFAIR” to interviews conducted by the network. When the club signed the former Arsenal star Mesut Özil in January, journalists from beIN Sports Turkey — the official league broadcaster — were barred from his first news conference.

The network has tried in vain to lower the temperature. After the chants in the television soundtrack were revealed, beIN officials immediately issued an apology. But rather than dampen the flames, its statement stoked more fury.

“Conspiracy and paranoia is part of the culture in Turkey,” said Emre Sarigul, a co-founder of Turkish Football, the largest English website solely devoted to Turkish soccer.

Sarigul described machinations in the top division as more akin to W.W.E., the popular American wrestling franchise, where actions are frequently choreographed to elicit maximum reaction. “It’s entertainment,” Sarigul said. “You’re often going there for the drama and not for the football on show.”

“When something goes wrong,” he added, “you blame ‘them.’ But no one knows who ‘them’ are.”

For beIN, a network that has faced challenging situations in its other markets, the experience in Turkey has been bewildering. It conducted an investigation into how the anti-Fenerbache chants had made it onto broadcasts and concluded that human error was to blame.

In what appeared to be a conciliatory gesture toward Fenerbahce, it then fired the two staff members directly responsible. But the two employees turned out to be Fenerbahce fans, prompting the club to revive its claims of mistreatment.

As a result, beIN is considering walking away from the fight, and the league. The network, bankrolled by the Qatari state, has always absorbed losses from its right deals, but in recent years it has withdrawn from several of them and cut its staff amid a long-running, and costly, piracy dispute. It has allowed deals with the top leagues in Germany and Italy to lapse, and recently withdrew from one with Formula 1.

The Turkish dispute has taken a toll on beIN executives. Some of the network’s non-Turkish staff members have been rotated out of the country, and at least one new one, Rashed al-Marri, was brought in from Doha to take charge of operations in Turkey and in particular to handle the relationship with Fenerbahce. But nothing seems to be bringing down the temperature.

In late February, the company went to court to prevent Fenerbahce from continuing a weekslong campaign that had targeted the broadcaster at its stadium and on its social media channels by using the colors of the beIN logo but replacing the words with the slogan “beFAIR.”

A result was that Turkish subscribers to beIN’s matches were presented with a panoply of protest banners, sideline electronic advertising boards and even the Fenerbahce players themselves covered in beFAIR-branded slogans.

The logos forced beIN to change how it broadcast the matches and conducted interviews with Fenerbahce players. Directors were instructed not to display shots of the players in the beFAIR gear during warm-ups or interviews. Keeping the messages out of live-action shots proved more difficult.

Asked by The New York Times to explain the essence of its campaign, Fenerbahce took several weeks to reply before providing a multiple-page treatise that went into great detail about how it had been slighted by beIN’s coverage this season.

Fenerbahce’s response was laced with the language of conspiracy theory. “If our arguments are considered individually, they would not make much sense,” said Kizilhan, the general secretary, “but seeing them as the parts of a puzzle, it shows the big picture clearly.”

Kizilhan acknowledged that some of the nuances of the fight would be difficult to understand for anyone “without having clear understanding and knowledge of local intricacies and ingredients of Turkish football.”

One of those intricacies involves Fenerbahce’s rivalry with Galatasaray. The club continues to argue that beIN’s Turkish operation is stocked with individuals sympathetic to its rival, which it accuses of working deliberately to sabotage its season. (Some of the audience for that charge may be internal: Fenerbahce has not won a league title since 2014, and Koc, one of Turkey’s richest men, will stand for another term as club president next year.)

Some beIN executives have been targeted directly, including Hande Sumertas, a former Galatasaray official who is now responsible for media rights at the network. Sumertas has become a lightning rod for fan criticism to such an extent that her name is regularly a trending topic on Twitter in Turkey.

Things reached a head earlier this year when a referee turned commentator went on television to insult Sumertas as “brainless.” BeIN issued a strongly worded statement at the time, vowing to use all means at its disposal to defend Sumertas and emphasizing that her role gives her no control over the content of the channel’s broadcasts.

But Fenerbahce doubled down, with Kizilhan charging that Sumertas could not work objectively because of her previous work at Galatasaray.

“Our concerns and allegations are not over specific individuals but over a systematic approach toward our club,” Kizilhan said, before adding, “BeIN Sports would be wise to re-evaluate their hiring processes and human resources.”

The Turkish soccer federation, which treads a fine line in order not to inflame the huge fan bases of any of its top teams, has been eager to avoid the issue. But in late January, its chairman, Nihat Ozdemir, was asked about the feud. Ozdemir said he did not believe the anti-Fenerbahce chants had been broadcast deliberately, and said the relationship between Turkish soccer and beIN Sports was mutually beneficial. “I don’t think they would want to get out of here,” he said.

But while beIN’s new emissary, al-Marri, has spoken with Fenerbahce’s management, the relationship shows no signs of improving.

When a court last week ordered Fenerbahce to stop using the beFAIR logo, the team simply changed the language of its protests. On Thursday, in its first home game since the injunction, Fenerbahce’s stadium was festooned with new protest slogans. One message covering the seats at its Sukru Saracoglu stadium implored Fenerbahce fans to “break their games.”

Another, darker one was a warning: “Fenerbahce cannot be challenged!”