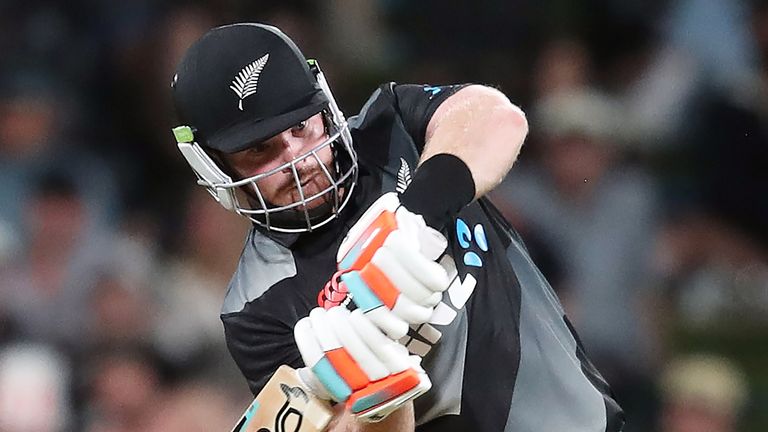 Opener Tim Seifert scored 84 in an unbroken 129-run partnership with Kane Williamson to steer New Zealand to a nine-wicket win over Pakistan in the second Twenty20 international and an unassailable 2-0 lead in the three-match series.

Williamson finished 57 not out in his return to the short format as New Zealand overtook Pakistan’s total of 163-6 with four balls to spare.

Seifert took his runs from only 63 balls with eight fours and three sixes, unleashing a wide variety of shots on a flat wicket against a Pakistan attack that struggled to find consistently challenging lengths.

Williamson was scratchy at first, then became unstoppable, reaching his 12th T20 international half century from 37 balls on the same ground where he scored a test-best 251 in his last innings.

“It was a good surface, good for the bowlers but obviously if you could build partnerships you could get there,” Williamson said. 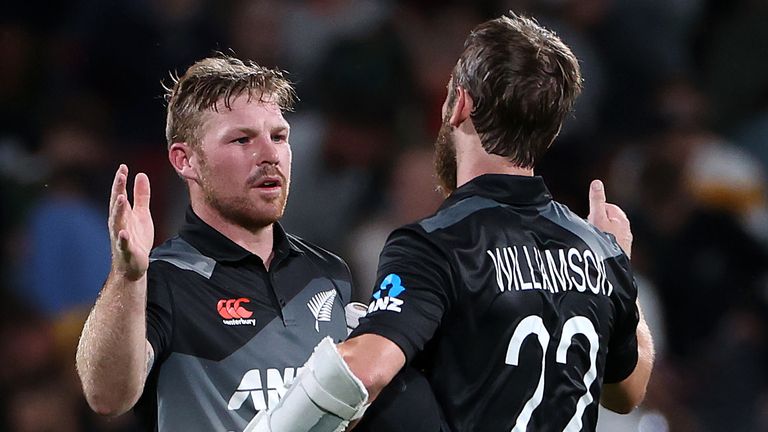 Earlier, veteran Mohammad Hafeez was left unbeaten on 99, his highest score in 98 T20 internationals, as Pakistan again fell short of a challenging total.

Hafeez came to the last over 82 not out, hit three singles, a six and a four and was 93 not out with only one ball left in the innings. He did the best he could, hitting the final delivery for six to finish just short of a maiden century.

New Zealand was reinforced on Sunday by the return of four members of their Test squad, including Williamson, who missed the first match of the series. Williamson also missed the second Test against the West Indies due to the birth of his first child.

Confident his batsmen had learned that lesson after slipping to 39-5 in the series opener, captain Shadab Khan batted again on winning the toss. Again the Pakistan top order batsmen were probably too eager and, in the face of Southee’s first spell in which he took 3-16 from three overs, slumped to 56-4.

Mohammad Rizwan struck two fours from the first over from Boult and Haider hit the second ball of Southee’s first over for six, suggesting early aggression was a sound policy.

But Southee bit back as the ball swung a little, claiming the wickets of Haider and Abdullah Shafique in the space of two balls in his first over to put Pakistan on the back foot at 16-2.

Rizwan made a solid 22 from 20 balls with four boundaries to restore momentum. He played classic cricket shots and was looking in good form when he drove at a ball from Southee that nipped away, edging to wicketkeeper Tim Seifert.

Shadab fell next, pulling too close to his body and skying a catch to Southee from the bowling of Jimmy Neesham.

From 56-4, Hafeez revived the innings in a 63-run fifth wicket partnership with Khushdil Shah (14). Faheem Ashraf (4) was Pakistan’s top scorer in the series opener but came and went quickly on Sunday. 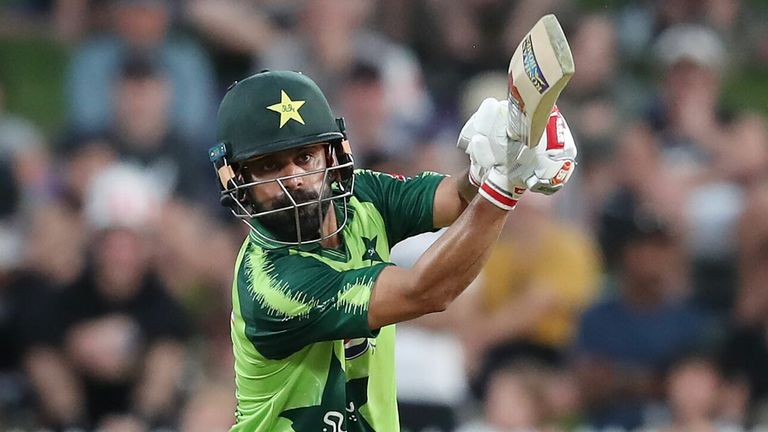 Hafeez stayed and held together the innings, dominating the scoring and reaching his 14th T20 half century from 37 balls.

New Zealand’s innings was given a more solid start by openers Martin Guptill and Seifert who scored 35 in 3.3 overs before Guptill was caught from the bowling of Faheem.

Seifert, who made 57 in Auckland, took up the attack, hitting three sixes within four balls in the seventh over, bowled by Wahab Riaz. The first was pulled flat over backward square, the second hit down the ground and the third hoisted over square into the eastern terraces.

Seifert reached his second consecutive 50 from 32 balls with five fours and three sixes. After 10 overs New Zealand were 91-1 when Pakistan had been 65-4.

New Zealand came to the last over needing five runs to win. Williamson missed the first ball but hit the second through the hands of the boundary fielder for four to seal the win.

END_OF_DOCUMENT_TOKEN_TO_BE_REPLACED

END_OF_DOCUMENT_TOKEN_TO_BE_REPLACED
Recent Posts
We and our partners use cookies on this site to improve our service, perform analytics, personalize advertising, measure advertising performance, and remember website preferences.Ok