Today at the Olympics: No opening day medals for Team GB but big guns start well

Team GB ended the first full day of competition at the Tokyo Olympic Games without a medal, but Adam PeatyAndy Murray and Max Whitlock enjoyed their first taste of action.

Here, the PA news agency takes a look at the highlights of Day One and Great Britain’s prospects on Sunday.

Reigning champion and world record holder Adam Peaty is through to the semi-final of the 100 metres breaststroke, underlining his status as the overwhelming favourite to become the first British swimmer to retain an Olympic title.

The 26-year-old from Uttoxeter prevailed in his heat in 57.56 seconds at the Tokyo Aquatics Centre, the quickest time of anyone to compete in the event on Saturday night and the eighth fastest of all time over the distance.

Max Whitlock started the defence of his gymnastics titles in the men’s qualification round, safely negotiating the nerve-racking qualification process at the Ariake Gymnastics Centre on the day one of his sport’s biggest stars – Kohei Uchimura – bowed out.

Andy Murray claimed an impressive victory on his return to the Olympic stage alongside his men’s doubles partner Joe Salisbury, but Britain’s hopes of winning the first medal of the Games for the first time since 1908 fell flat when Seonaid McIntosh missed out on the podium in the women’s 10m air rifle.

Helen Glover launched her bid for a third Olympic gold medal and insisted there was more to come. The two-time Olympic champion finished third in her women’s pairs heat with Polly Swann as they opened their Games campaign on Saturday.

Picture of the day 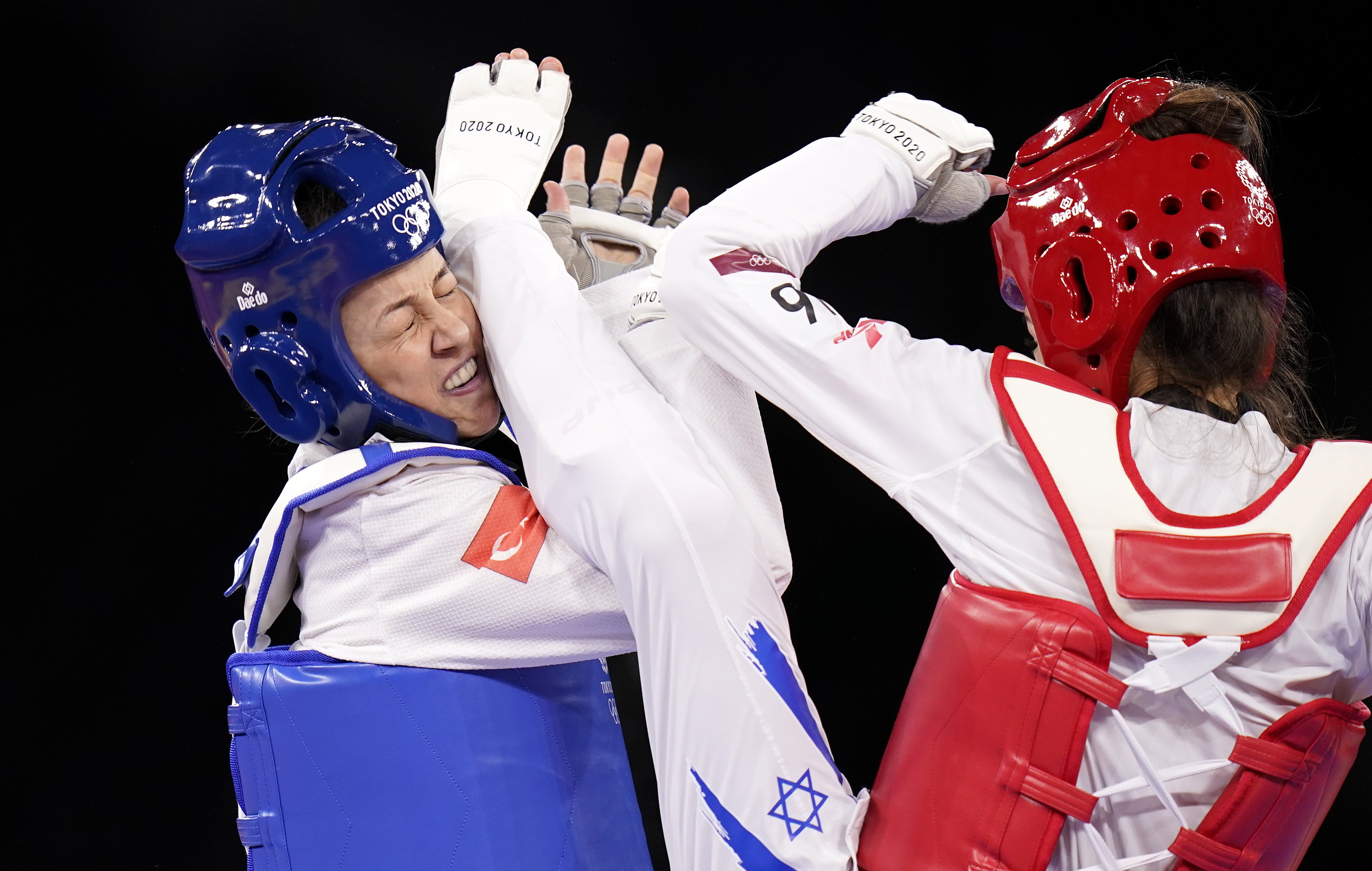 Jade Jones is eyeing a piece of history on Sunday as she aims to become the first British woman to win gold medals at three separate Olympics. She competes  in taekwondo’s -57kg category while Bradly Sinden is a medal contender for the men’s -68kg. Peaty is back in the pool for his 100 metres breaststroke semi-final while Murray is back in action in the men’s singles. Host country favourite Naomi Osaka who lit the Olympic flame on opening ceremony night, ends her self-imposed break from tennis and there will be a first glimpse of Simone Biles in the women’s gymnastics qualifiers, while Team GB’s women’s hockey team begin the defence of their title against Germany.

Dutch rower Finn Florijn was ruled out of the single sculls after testing positive for coronavirus, becoming the first athlete to be ruled out of the Games having already competed. Earlier in the day, the International Olympic Committee warned it will consider taking action against a number of athletes who were seen to breach protocol by parading mask-less during the opening ceremony.