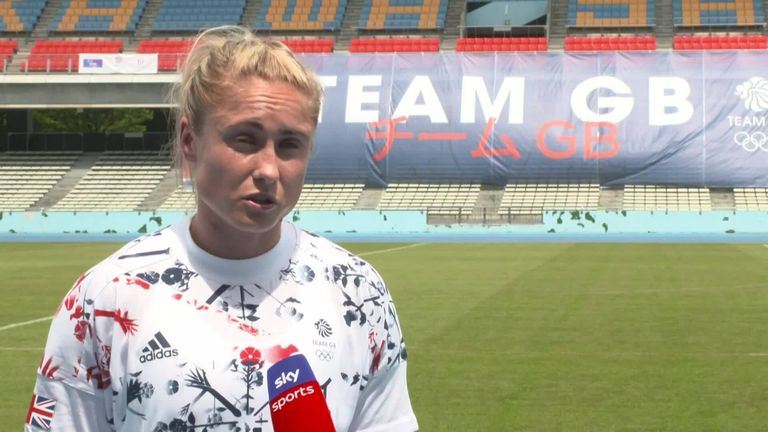 Great Britain’s women’s football team have confirmed that they will take a knee before their matches at the Olympics in support of the fight against racism and discrimination.

The decision comes after the IOC relaxed its Rule 50, which had previously forbidden athletes from protesting at all times, but now allows peaceful protest prior to competition, with sanctions still threatened for any protests made on the medal podium.

A team GB statement said: “The Team GB Women’s Football squad have confirmed their intention to take the knee on the field of play ahead of kick-off in their games at the forthcoming Tokyo 2020 Olympic Football tournament in Japan.

“The squad welcomed recent clarification provided by the International Olympic Committee (IOC) in relation to Rule 50 which now permits athletes to make gestures on the field of play, provided they are done so without disruption and with respect for fellow competitors.” 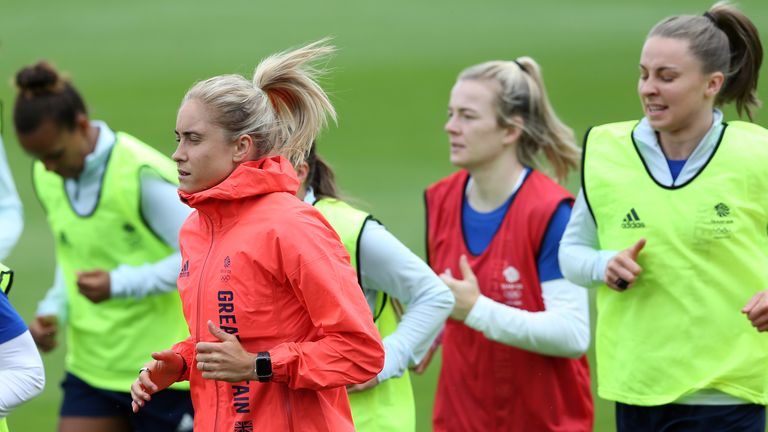 Steph Houghton and Kim Little, who have been confirmed – along with Sophie Ingle – as joint Team GB captains for the tournament, explained that the squad had reached the decision as a collective and following extensive discussions with the British Olympic Association (BOA).

England and Manchester City captain Houghton told Sky Sports News: “We’ve been taking the knee in our club matches in the WSL and previous international matches, and we knew as a squad this was something that we wanted to talk about first and foremost – it’s not just a quick decision, we’ve had lots of conversations.

“We’ve obviously been looking forward to the rule 50 that the IOC have put on the Olympic Games. For us we had to discuss what we wanted to do and it was something that we felt as a squad we wanted to do 100 per cent. We had lots of conversations with the BOA, who have been really, really supportive.

“Ultimately for us taking the knee allows us to show the support for people’s lives that are effected at this moment in time, and for us to try to improve the discrimination and inequality that is currently not just in football but in the world today.”

Scotland captain Little said the spotlight provided by the women’s football tournament being one of the first Olympic competitions to start gave additional motivation to the players to take a stance.

“Our want is to show solidarity and continue to highlight the systemic racism and discrimination that is part of our society and by taking the knee continuing talk around it to help make changes and create a more equal society,” Little told Sky Sports News.

“Because we are the first sport to take the field of play we wanted to show that message and put it on that platform to highlight the changes that are needed.”

Team GB also confirmed on Thursday the joint captaincy of Houghton, Little and Ingle, who will skipper Hege Riise’s side on rotation throughout the tournament.

Great Britain begin their Group E campaign against Chile in Sapporo on Wednesday, before matches with hosts Japan, and Canada.

Riise said: “We are fortunate to have so many experienced and talented players in our squad and we think of ourselves as a ‘leaderful’ team, where every individual brings their own leadership strengths to the group.

“However Steph, Sophie and Kim will lead the way on the pitch. This is a very close group on and off the pitch and I have been so impressed how they have all come together.”