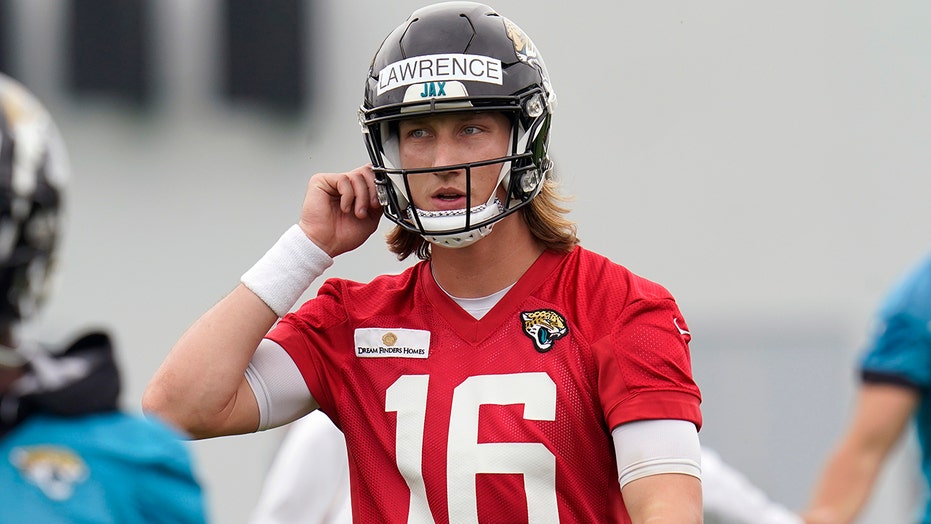 The No. 1 pick of the 2021 NFL Draft is locked in for the foreseeable future.

Quarterback Trevor Lawrence and the Jacksonville Jaguars agreed to a four-year rookie contract on Monday with NFL training camp set to begin in three weeks. The former Clemson star’s deal is expected to be worth $36.8 million, which includes a $24.1 million signing bonus.

“Gonna give #Duval everything I got,” Lawrence wrote. “Couldn’t be more proud to represent Jacksonville. Let’s go!!!”

For the 2021 NFL season, Lawrence will count $6.7 million against the team’s salary cap.

ESPN’s Adam Schefter reported more details on Lawrence’s deal, which includes a majority of his compensation in 2022, 2023 and 2024 to be paid in roster bonuses.

Since his arrival at Clemson as a freshman in 2018, Lawrence has been viewed as a potential franchise-changing player for an NFL team. He led the Tigers to the national championship in 2018, when he threw for 347 yards and three touchdowns in a 44-16 victory over Alabama in the title game, completing a perfect 15-0 season.

During his stellar junior season, Lawrence completed a career-best 69.1% of his throws on the way to winning ACC player of the year. He finished with 3,153 passing yards to go along with 24 touchdowns and only five interceptions in 2020. The Tigers were undefeated with a 9-0 record with Lawrence under center.

Lawrence, who finished second in the Heisman Trophy balloting, missed two games after testing positive for COVID-19 in October. Clemson made it to the College Football Playoff semifinals in a showdown against Ohio State, but the Buckeyes pulled out a 49-28 victory, putting an end to Lawrence’s collegiate career.

Lawrence, who was 34-2 as a starter at Clemson after three seasons, finished his career with 10,098 passing yards, 90 passing touchdowns, 18 rushing scores, and only 17 interceptions.

Now, the weight of the world will be on Lawrence’s shoulders as he looks to turn around a franchise starving for consistent success.

The Jaguars, who finished with a 1-15 record, will rely on Lawrence and first-year head coach Urban Meyer to lead the charge into the 2021 season. Running back James Robinson, and wide receivers DJ Chark and Laviska Shenault Jr. will also be critical to Lawrence’s early success in Jacksonville.